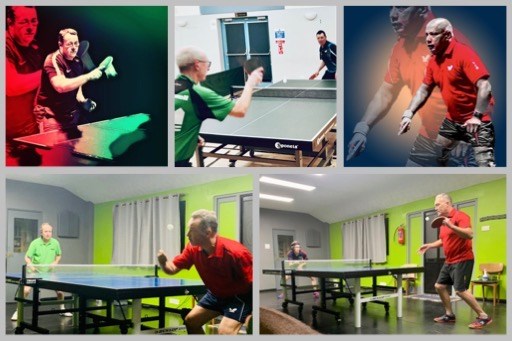 A very busy week in the Burnham & District Table Tennis League saw lots of close encounters and lots of tight individual games.  At the top of the pile Cold Norton B continued to extend their lead with a solid 7-3 win over Stow A with star players Eric Green and Babul McLeod winning all 7 points between them.  The Cold Norton A team missed a chance to close the gap as they encountered stiff opposition from Mapledene A.  Cold Norton needed the last two games to record a hard fought 6-4 victory in a game with 13 deuce games.  Duncan Taylor was unbeaten but had to work hard to get passed the defence of Mapledene’s Steve Muth including the game of the night where Taylor squeezed through 21-19.  Buoyed by his performance against Taylor, Muth went on to record good 4 set wins over both Sam Lowman and Steve Maltby.  Cold Norton C picked up a good win and some vital points as they overturned Maldon A by a 6-4 scoreline.  Kim Shead was the star performer for Cold Norton but boy did he have to earn that accolade with 5 set wins over Steve Whiteley and Jon Stokes both going to deuce in the deciding leg, and a 4 set victory over Hamish Innes. 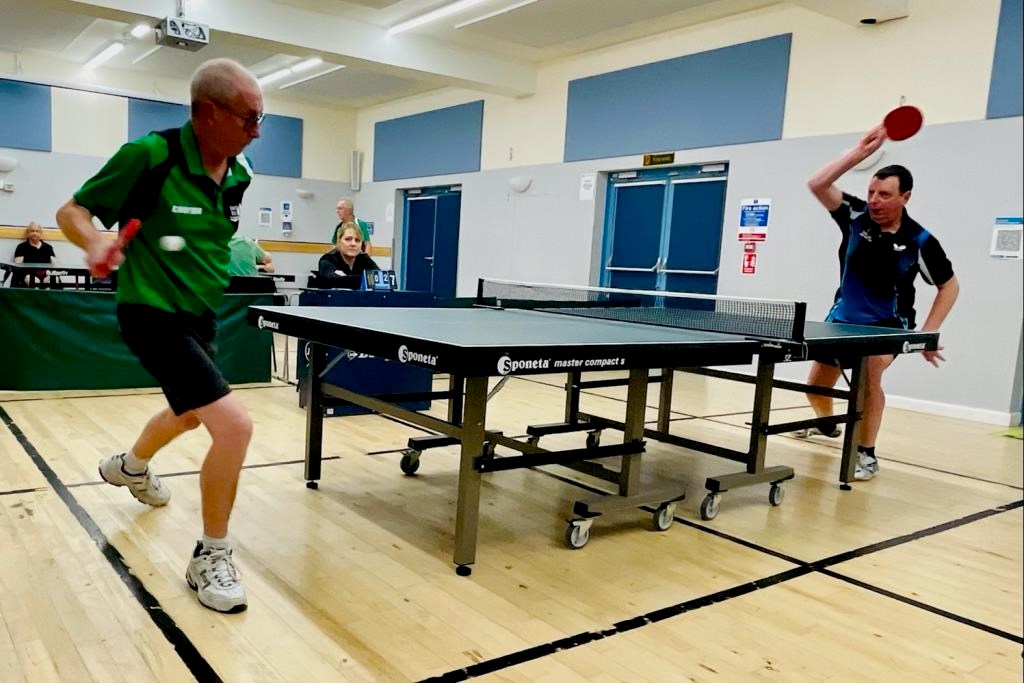 The Chair Versus the Secretary

In Division 2 league leaders Woodham B had talisman Sanjay Saptarshi, and the home net, to thank for their close 6-4 win over Maldon B.  Saptarshi won all his singles and teamed up with the hard-hitting League Chairman Alan Dadswell for the doubles against the experienced pairing of Colin Napper and Dawn Baldry.  Very late call-up Dadswell made it 1½ points with a solid singles win over Garry Eames, although he wasn’t quite able to defeat the League Secretary Colin Napper in the battle of the league officials that went the way of the Secretary not the Boss.  The was some bad Kamma for the Stow B team as West Maldon A new recruit Adi Kamma debuted with an unbeaten evening in both singles and doubles, pairing up with David Gatheral for all the points in a 6-4 away win.  The very reliable Peter Hance took two wins for the Stow team team including a 13-11 deciding set victory over the awkward Gatheral. 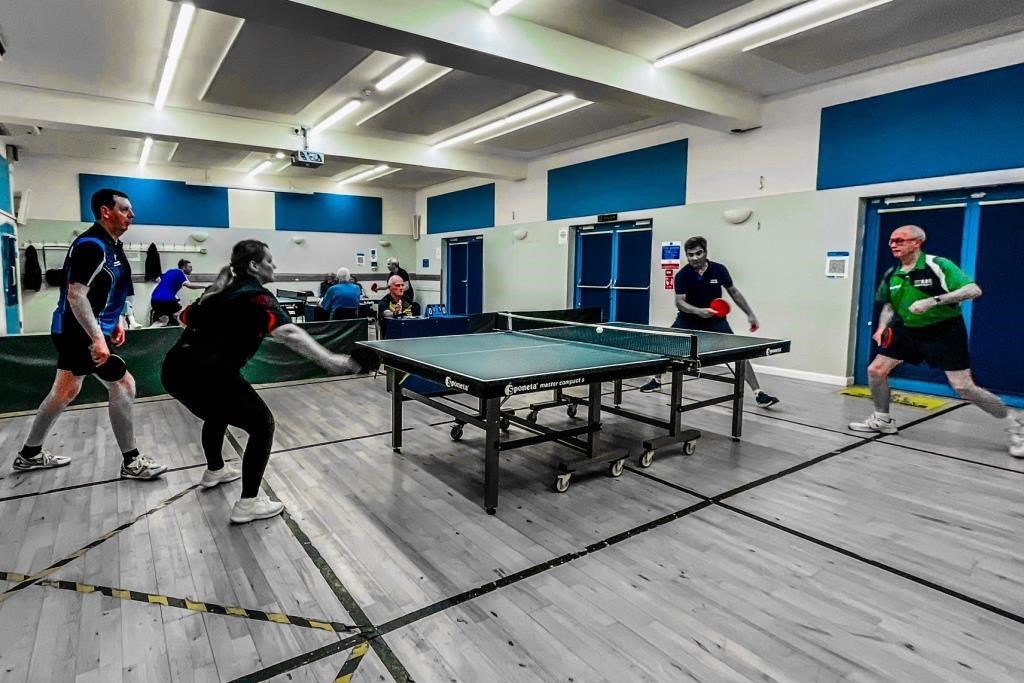 In Division 3 second placed Blackwater A played their catch-up game to record an emphatic 9-1 scoreline and overtake Woodham C at the top of the table.  Captain Alan Scammell and wingman Denis Balic went unbeaten all night and third player Merv Perriman chipped in with 2 singles and a helping hand in the doubles.  Stow’s Dave Goody managed the consolation point for his team with a fine 4 set victory over Perriman.  Bragging rights at the bottom of the Division went unclaimed as Stow C and West Maldon B played out a 5-5 draw for some much needed points for both teams.   Ken Sheard was unbeatable for Stow in his singles confrontations bagging all 3 points for his team.  Team-mate Rod Maclennan weighed in with 2 victories but couldn’t find a way past West Maldon’s Gary Smith in his final encounter.  Smith claimed a brace of wins for himself, and then combined with Colin Barham for an unexpected doubles win, coming back from 2-0 down to win in 5 against Sheard and Maclennan. 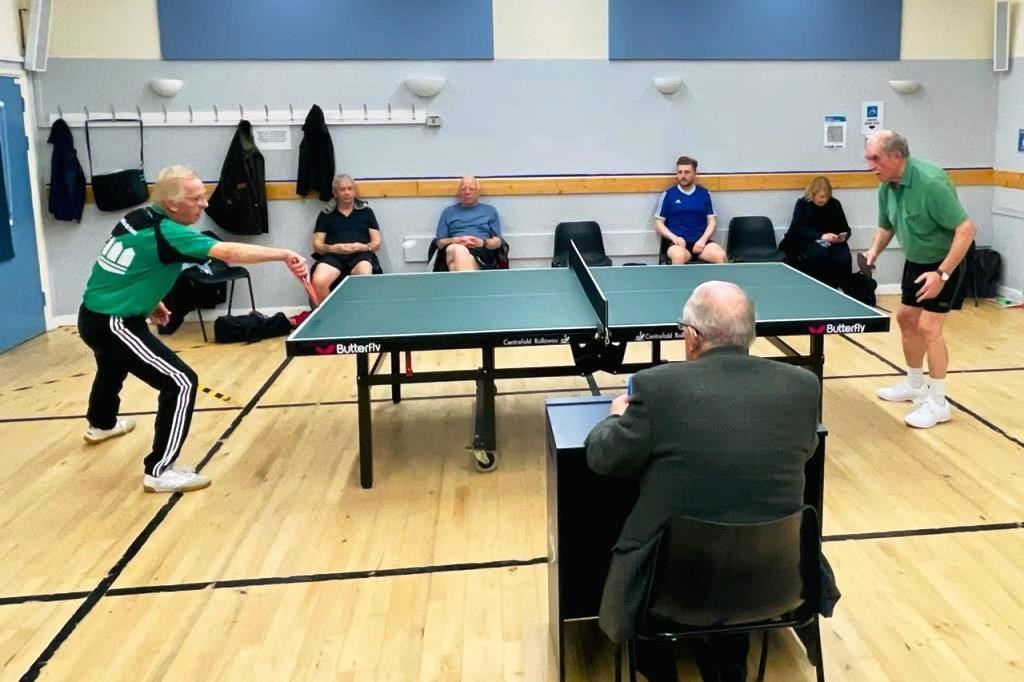 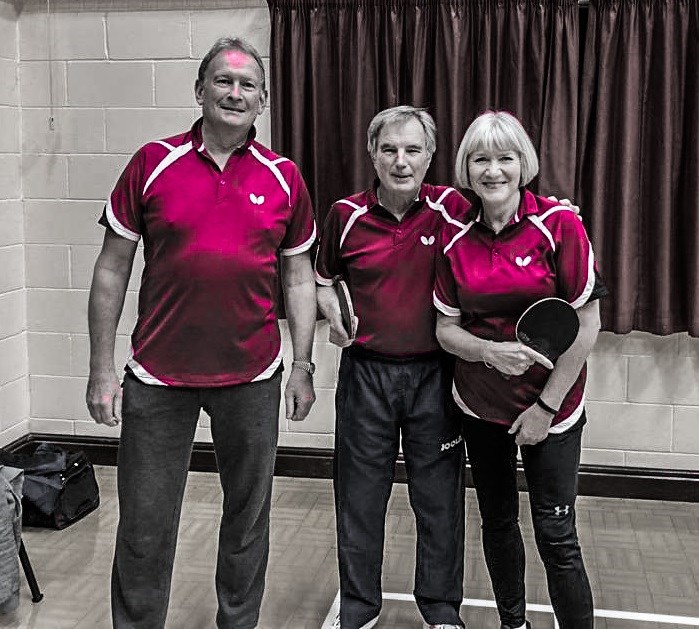 It was a case of teamwork makes the dream work for Division 4 leaders Woodham D as all 3 players won 2 singles for a 6-4 win over Burnham A.  But none of them was able to make a dent on the undoubted star player that is Mike Pratley.  Pratley won all of his singles, dropping just a single set to Val Board, and the much anticipated shoot-out (or push-out) with Woodham’s top player Mike Burton just didn’t materialise as Pratley didn’t allow Burton to play his normal game and won in a comfortable 3 set match.  However the win sees Woodham extend their lead at the top as the chasing teams played each other, and third placed St Lawrence A put second placed Blackwater B to the sword in a surprise 7-3 triumph.  St Lawrence can be most grateful to the in-form Karen Braney for the size of this win as she fought hard for her 3 singles wins in a total of 14 legs, and even had the energy to partner skipper David Siggins for the important doubles win.  Another player in good form is Blackwater’s Phil West and he recorded 2 good wins over Siggins and Steve King to keep the score somewhat respectable.  A dent in Blackwater’s chances of catching Woodham for sure, and perhaps they have now handed over the chasing baton to St Lawrence A!  In a similar pattern to the match at the top of the table the two bottom teams played out a close match where Maldon E won out 6-4 against a Roy Hutchins inspired St Lawrence B.  Hutchins won all his singles and partnered up with Phil Bevan for the doubles – leaving the Maldon trio to win the remaining 6 points with 2 wins each for Ross Wheeler, Rob Sach, and Ella Sach.  Maldon new signing Victoria Farrell kept up her impressive start with a second hat-trick on the bounce, although her great form wasn't enough to inspire her F team as they succumbed to the team work of Blackwater C, losing 3-7.