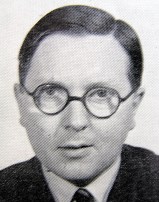 Aubrey Simons was a member of the England team that won the World Championships in 1953 (Swaythling Cup) and was subsequently ranked at No. 4 in the world at that time.  He was also the President of our Association for fifty years.  A true gentleman.

Throughout his life, Aubrey was a quiet, unassuming and modest gentle man who also had an infectious sense of humour, but someone who you could trust wholeheartedly – and he was a good, all-round sportsman! He could well have been a professional cricketer having first captained Bristol Grammar School 1st XI and won his Gloucestershire Second XI cap in 1948. However, it was in 1936 that a 15 year old Bristol Grammar School boy travelling on the Queen Mary on a holiday to America decided to enter the ship’s “ping pong” tournament – and won it! Aubrey had arrived on the table tennis scene.


In 1938 he had his first England trial and in early 1939 won his first Men’s Singles title in the Bristol Closed Championships, but the outbreak of WW11 temporarily curtailed his meteoric rise. He was commissioned for war service in India and Burma, where he represented the RAF against an army side in a cricket match which included Denis Compton. After the war, Aubrey re-launched his table tennis career which was to eventually feature five World Championships and 165 appearances for England between 1948 and 1955 with an 80% win ratio. He won the West of England Singles title five times, along with many other Open championships around the country and worldwide and became the West Country’s most famous player, although surprisingly he never won the English Open Men’s Singles title. In September 1950 the ETTA had ranked Aubrey equal with Johnny Leach, with Jack Carrington writing in the Daily Mirror that “these two would chase each other around the tournaments this season”, and sure enough Aubrey’s first success came in the final of the Birmingham Open in October 1949.


The highlight of Aubrey’s career, though, was in 1953 when he played a major role in England’s one and only success to date in the Swaythling Cup world championship in Bucharest over Hungary. The previous year in Bombay he had he pulled a calf muscle in his first match, and at four games all in the final against Czechoslovakia had bravely played the decider against numerous doctors’ orders and only narrowly lost to Kalman Szepesi. However, in 1953 he was to triumph and subsequently rated his victory over Vaclav Tereba that finished at three o’clock in the morning which gave England a 5-4 victory in the semi-final as his best-ever performance. Later the same day, Aubrey won the first match against Josef Koczian of Hungary which set the mark for his team-mates to follow. Thankfully, Aubrey was spared having to play the decisive ninth match two days running!


However, it was as a result of his “twilight” success for his country in that semi-final, that this unpretentious and mild-mannered man from Bristol suddenly found himself the most popular sportsman in the British tabloids and was subsequently ranked at No. 4 in the world. Later that year, he was also the first recipient of the prestigious Victor Barna Trophy which was to be presented annually for the best performance by an English player in the sport.


In 1964 Aubrey was elected the fifth President of the Bristol & District Table Tennis Association and set yet another record by holding that post for an incredible fifty years, and at the B&DTTA AGM in June 2007 Alex Murdoch made yet another special presentation to Aubrey of a Bristol Blue glass salver recognising a record seven decades of playing in the oldest league in the world. 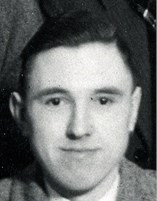 One of the ‘characters’ of the Bristol league.  Doug was always the entertainer when playing the game – which was at times more than twenty feet away from the table!  Crowds would flock to see his antics and skills, and players would always want to play him. 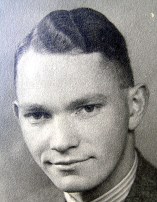 The Bristol Individual Champion in 1934.  His son and grandson both played for Gloucestershire Cricket Club. 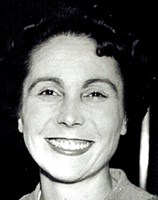 Founder and President of Failand TTC and a first-class coach to many, many players that have played, and still do, in our league today.

Thompson was synonymous with Bristol, where he played in the oldest league in the country. John Ruderham of the Bristol & District League takes up the tale.

James Thompson first started playing table tennis is 1904 and the Daily Mirror reported that he was the West of England champion in 1909.

Because he adopted the use of a rubber-faced bat from his earliest days, he only played one local league match, as the Bristol barred the use of rubber until the early 1920s. He therefore formed his own Comity Club and played several friendly matches with other local leagues.

When the Daily Mirror advertised its nationwide competition in late 1922, James Thompson decided to become one of the 40,000 entrants, and duly reached the semi-final in May 1923, where he beat the 1904 English champion, Percy Bromfield.

Going on to beat Herbert Anning Bennett in the final, he returned to Bristol with the winning trophy and the keys to a new Calthorpe car!

Gilbert Belsten was a Bristol league player and the fourth son of William George Belsten, who was the first President of that league. Gilbert was the third person to win the league’s Division I Individual Championships title at the end of the 1921/1922 season and, playing for Totterdown YMCA, his team were the Division I champions as well.

He also participated in the first inter-town matches that took place twice a year against the Cardiff league at this time, and in one match it was quoted that “Belsten had a stubborn defence.”

When he was chosen by the England selectors to play in the first international played against Wales on 9 March 1923, he won six matches out of eight. Gilbert’s name was also on the Men’s Minor Singles draw for the first World Championships held in London in December 1926, but the records show that he had to give a bye in the first round.

Unfortunately, at the age of just 29, Gilbert was knocked down by a car in Bristol and passed away on 20 September 1929. His father donated a silver perpetual trophy to the league for competition play, on the understanding that any monies made from that competition would be passed on to various charities chosen by the Executive Committee each year.

Bristol & District Table Tennis League was formed in May 1902 and is currently recognised as the oldest table tennis league in the world. It is one of the largest local leagues in the country with over 400 players playing in 8 divisions.

Any new players interested in playing table tennis, either for fun or in the league can contact me at bebr22835@blueyonder.co.uk