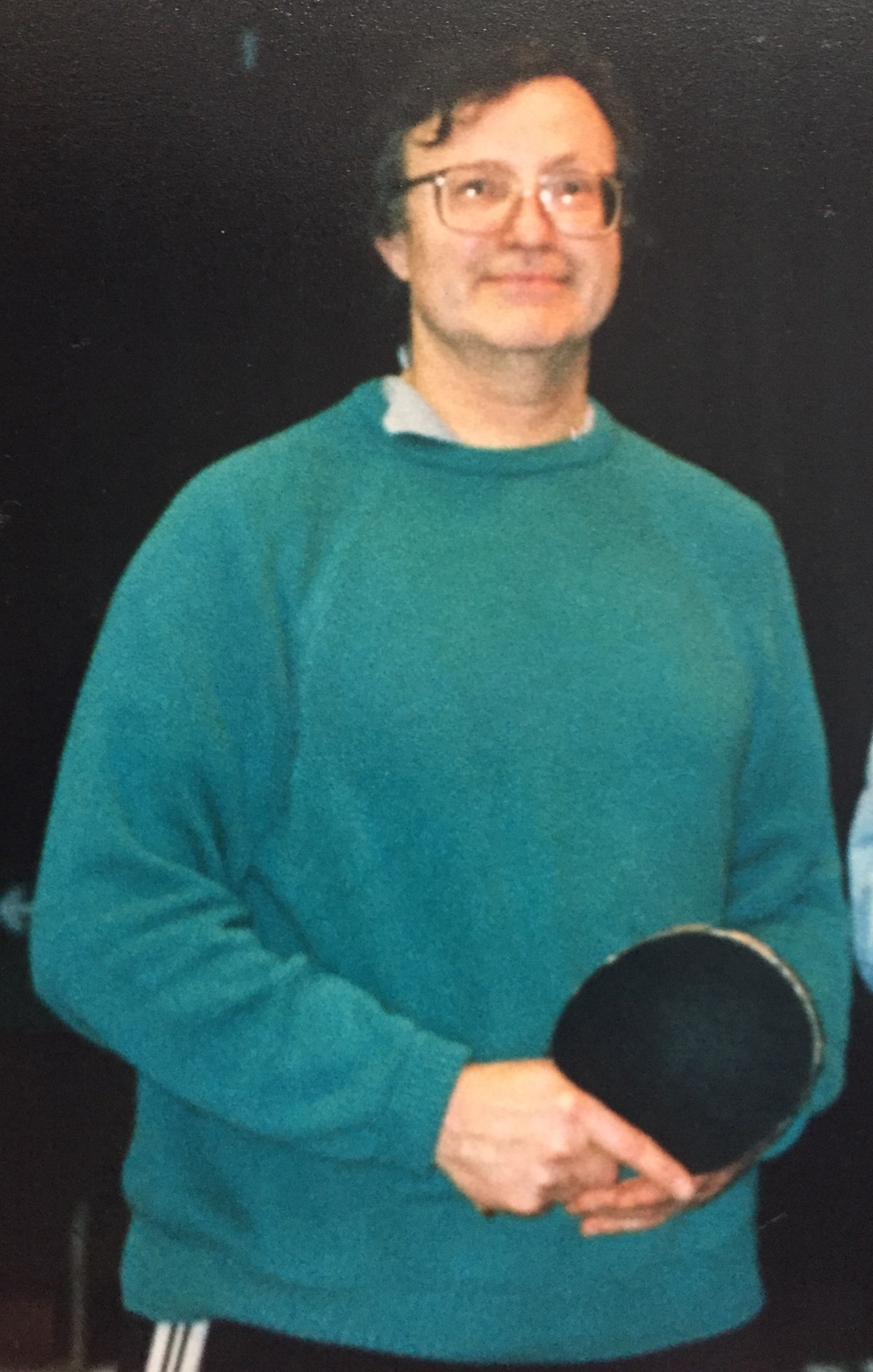 Norman Warner who passed away 4th January 2019, aged 86 can best be described as a man of many talents & a true ‘Pillar of Society’. Such phrases are often used but only when you check the definition you realise the true meaning. Below personifies Norman especially in Table Tennis circles as well as every facet of his eventful life, whether playing Sport, his involvement in the Church, as an Artist, as a Teacher/ETTA Coach, his infamous ‘House-Parties’ or as Family Man. “ A very, very nice man with a great sense of humour!”. Malcolm Goodwin

Pillar of Society: “A person who is universally respected, reliable, decent and hardworking that is more of a giver than taker; often engaging in voluntary work and taking up worthy causes who neighbours and the community have high regards and esteem for”.

Norman first played in the Youth Club at St Botolph’s Church Hall & started the Table Tennis Club back in the early Seventies with Malcolm Goodwin, a teacher at St Helena School. Between them they took the Club to the top echelon of the Colchester League boasting players such as Alan Cordle, The Renzland twins, Steven Goodborn, Norman’s Brothers Jack & Quentin, Nephews Jonathan & Julian his Son’s Stephen & Philip and League Chairman John Andrews and Committee Member Martyn Green & Sue Welham to name but a few!

The Tollgate Table Tennis Club website has featured this tribute to Norman, in itself part of Norman’s legacy;

“…one of the true inspirations of the Tollgate Club is the late Norman Warner. He was the founder of the St Botolph’s Table Tennis Club in Priory Street, as well as Saints following an enforced move. An ETTA Coach, Norman brought the Green’s & Welham's together in 1981 and   have played together since then at; St Botolph's, Saints, St Mary's & now Tollgate.”

Norman’s involvement in the Church goes back a lot further than that when he became a member of the St Botolph’s Choir at just six years old, where he later met his wife to be Betty, who were then married for 63 years. Norman was tireless in his work for the Church producing large banners and a huge opus of artwork for all ecclesiastical activities!

Norman completed his National Service in Germany. Amongst his other many achievements he designed and produced the largest painting in Europe for the European Youth Games that featured in the Guinness Book of Records and he also designed the cover for the Colchester Military Tattoo back in 1975.

He is survived by his wife, Betty and children Stephen, Philip & Rachel, as well as his beloved Grandchildren Jamie, Katrina, Maisie, Hannah and Henry.

Norman’s Funeral will be held on Wednesday 13th February at 1:00 pm at St Botolph’s Church. Family flowers only or donations in Norman’s memory to Alzheimer’s Research UK or Cancer Research UK.

Tollgate is a Table Tennis Club for all age groups & standards including juniors & beginners. Whether you want coaching or to practice, play in the Colchester League or simply fancy a knock please feel free to come along on Wednesdays all year round at 7:30pm. Cost is £3.