League update 10th March
The Northumbria League Junior team are champions of the North East Section of the National Junior league.  At Ormesby they defeated Ormesby  first team 7 - 2 and Ormesby seconds  9 - 0. However the important match was the one in between when they took on Bishop Auckland and won 5 - 4. As a result they finished one point ahead of Bishop Auckland to be crowned champions. On the day Ethan Brown won all nine of his sets, Israel Shodeinde won seven and Jack Cairns got five.
Cramlington Stingers at last managed to win a match in the Northumbria Premier Division when two sets each from Steve Pearce and Nigel Rodgers, one from Rob Reed and success in the doubles by Pearce and Rodgers gave them victory over Old England Jacks although Andy Benjamin won all of his sets for the losing side.
In division one the N.E.C.A. B team of Jamie Collins, Ken Lee and Kit Robinson each won two as they beat Tyneside TTC 6 - 4 to move away from the relegation places.
The shock result in the second division came when bottom of the table Cramington Trojans side of Alastair Johnson and the youngsters Shodeinde and Cairns held the leaders Mitford to a draw. However Mitford stay top of the table with their nearest challengers Tyneside B team being held to a draw by Old England FATTS and Ouston B being held by their A team.
It is now tight at the top of Division Three with only three points separating the top three sides after Cramlington Spartans who lead by a single point drew away to Saints, Ouston C did likewise away to Newton B and Whitley Chapel dropped three points in a 7 - 3 victory over Jaguars.

Both of the leading teams in Division Four had convincing wins with Tyneside B beating Cramlington Knights 8 - 2 and Ouston D winning 9 - 1 against the Lions. 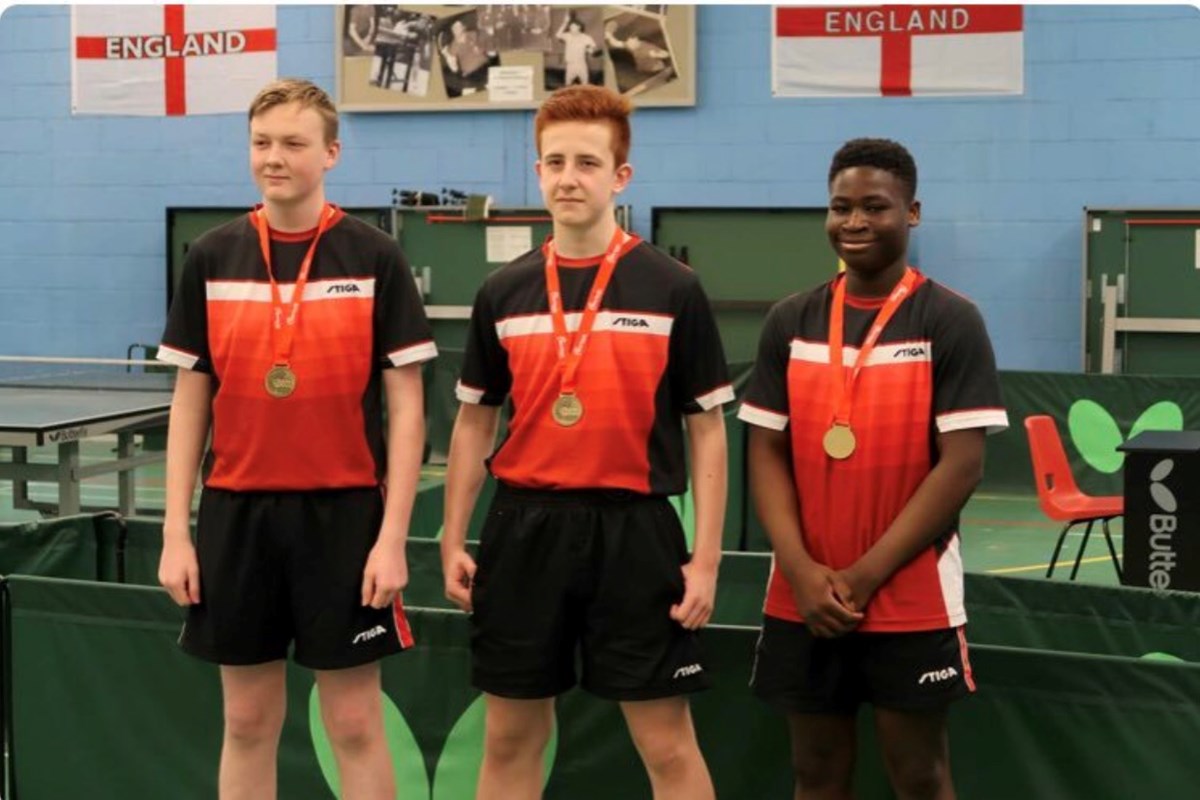