The UK Senior Schools Table Tennis Championships took place over the weekend of 22-24 June at the University of Worcester, with a total of 6 Aberdeen Sports Village Table Tennis Academy players representing Scotland, and making up 25% of the entire Scottish Team.

There were both team and individual events between the 4 home nations, as well as teams from Jersey, Guernsey & the Isle of Man.

In the U16 boys team event Dylan Curry (Banchory Academy) teamed up with Danny Bajwa from Dumfries for a very strong Scotland A team. Dylan & Danny comfortably made it through the group stages, and faced their fellow Scotland B team in the semi-final. After an expected and comfortable win, it was a Scotland A v England A boys U16 team final. This proved to be an incredibly tight match, with the lead changing hands twice before the match was poised at 2 games all. At this point Dylan could only look on and watch his team mate Danny come incredibly close to taking a final match victory, going down 14-16 in the fifth and deciding end! It wasn't to be on this occasion but still an excellent UK Schools U16 Team Silver Medal in the Boys event for Dylan and Scotland. 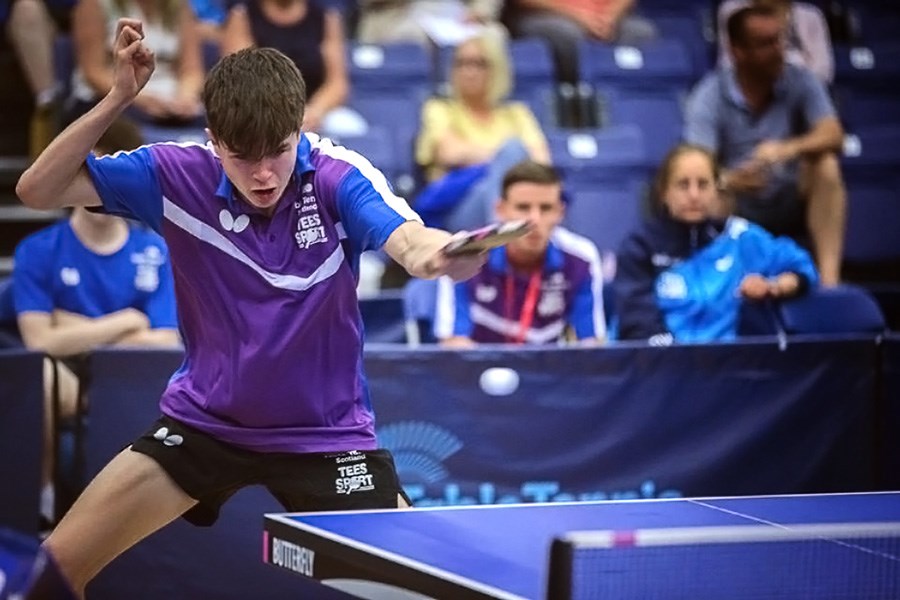 However this was only the start of the weekend for Dylan. In the singles event on the Sunday, Dylan comfortably breezed through his group section and the round of 16 without dropping a set. Next up in the last 8 for Dylan was English No.1 Naphat Boonyaprapa. Naphat had beaten Dylan in the team event earlier in the weekend, so a tough match was likely. Dylan was outstanding at the start of the match and raced into a 2-0 lead, however Naphat rallied taking the next set and a 9-10 lead in the fourth set. Dylan however dug deep and after 3 deuce points took the set 14-12 and the match, and set up a semi-final with the Jersey No.1 Luc Miller. Dylan made short work of Luc, taking another 3-0 match win for a final showdown with English No.2 Joe Cope.

Unfortunately Joe was unable to 'cope' with the attacking power play of Dylan, and another 3-0 victory saw Dylan Curry crowned the UK Schools U16 Champion and take the Individual Gold Medal.

Tessa Yau (Albyn School) was also hopeful of a good event in the girls U16's, particularly in the singles matches. After coming through a tough group stage, Tessa was up against Morgan Dey-Davies in the round of 16, the only remaining Welsh player in the draw. After 2 close sets and the match poised at 1-1, Tessa found another gear and took little time over the next 2 sets to take a 3-1 victory, this set up a quarter-final against English No.3 Gemma Kerr. 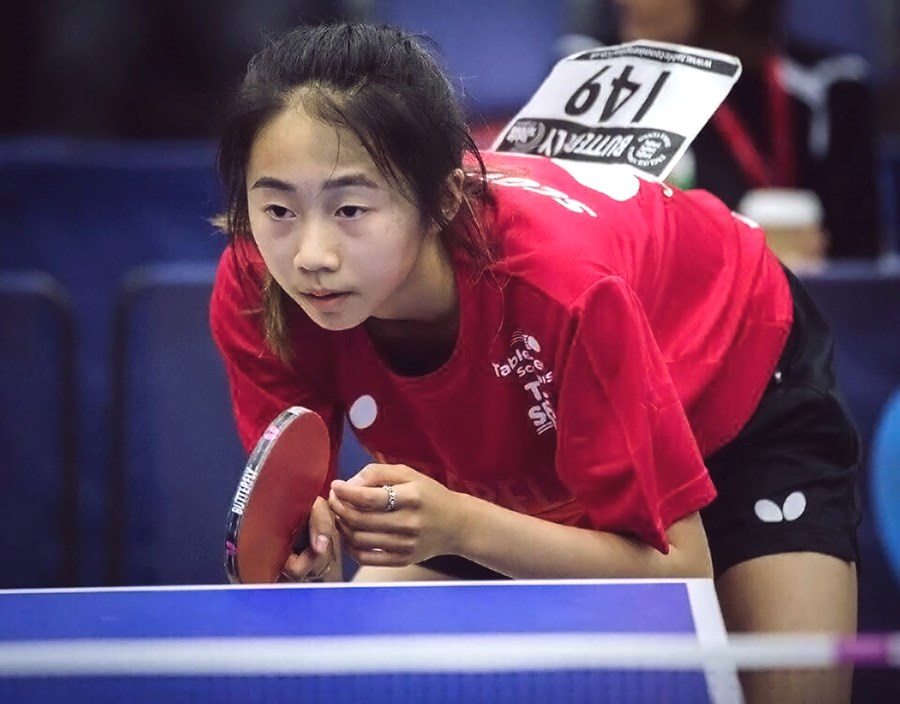 Very much like Tessa's previous match, the match was poised at 1-1 after the first 2-sets. Unfortunately it was Gemma who managed to ease over the line in the next 2 sets and ended Tessa's challenge at the quarter-final stage. Tessa went onto take 5th place in the play-off matches so remained undefeated for the rest of the event, but will be disappointed not to make the semi-finals on this occasion.

The roll of honour for the remaining ASV TT Academy players was:

Dylan, Tessa & Isla travel with Scotland to Romania for the European Youth Championships next month, we wish them all the best for that event.