DYMENT DOUBLES FINAL AT TORBAY ACADEMY on WEDNESDAY 9TH MAY 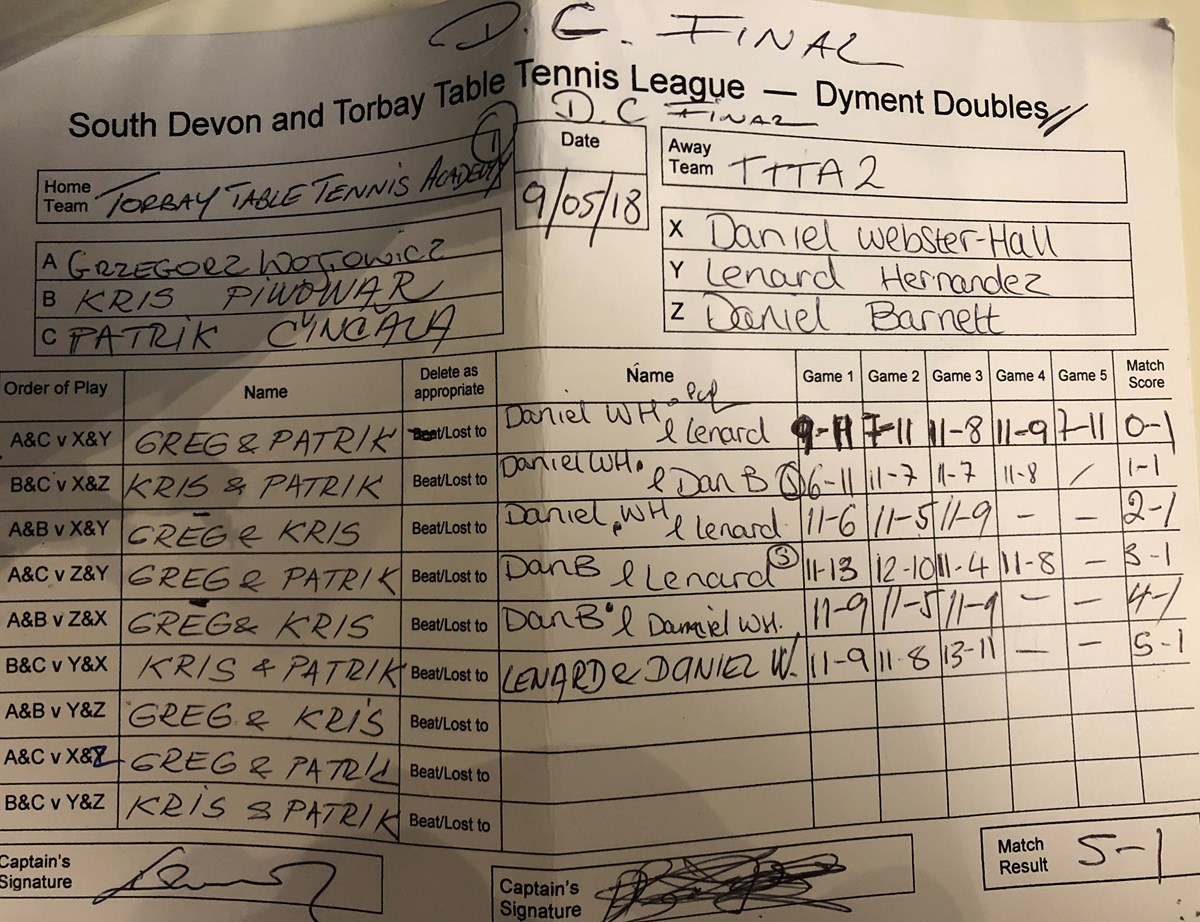 First Round Matches scheduled for Week Beginning 1st Jan 2018. Should be played before 31st Jan 2018.