See bottom of this page for format details and score card

First Round Matches scheduled for Week Beginning 31st Oct 2022, Should be played before 31st Dec 2022.

Where possible matches may be played before the scheduled week if dates can be agreed between teams.

The system is based on Table Tennis England’s ranking lists and Table Tennis 365 suggested handicaps.  Each player will be given a handicap number between 0 and 52. The difference between the two players in a set is calculated and rounded up to a multiple of 4, then divided by 4 (4 games/set) which will give the start the weaker player will have in each game (capped at +8), which should be noted against his name (ie +4) for the particular set. ALL four games are played as normal up to 11 (2 clear points as normal). After each set of four games the total points scored by each player shall be recorded on the scorecard and the cumulative total calculated and recorded keeping a running total of the score as you go.  At the end of the final 9th set the team with the most cumulative points is the winner.  If the scores are tied, the team awarded the most handicap points at the start shall be deemed the winners. If this is also tied then the away team shall be declared the winners. 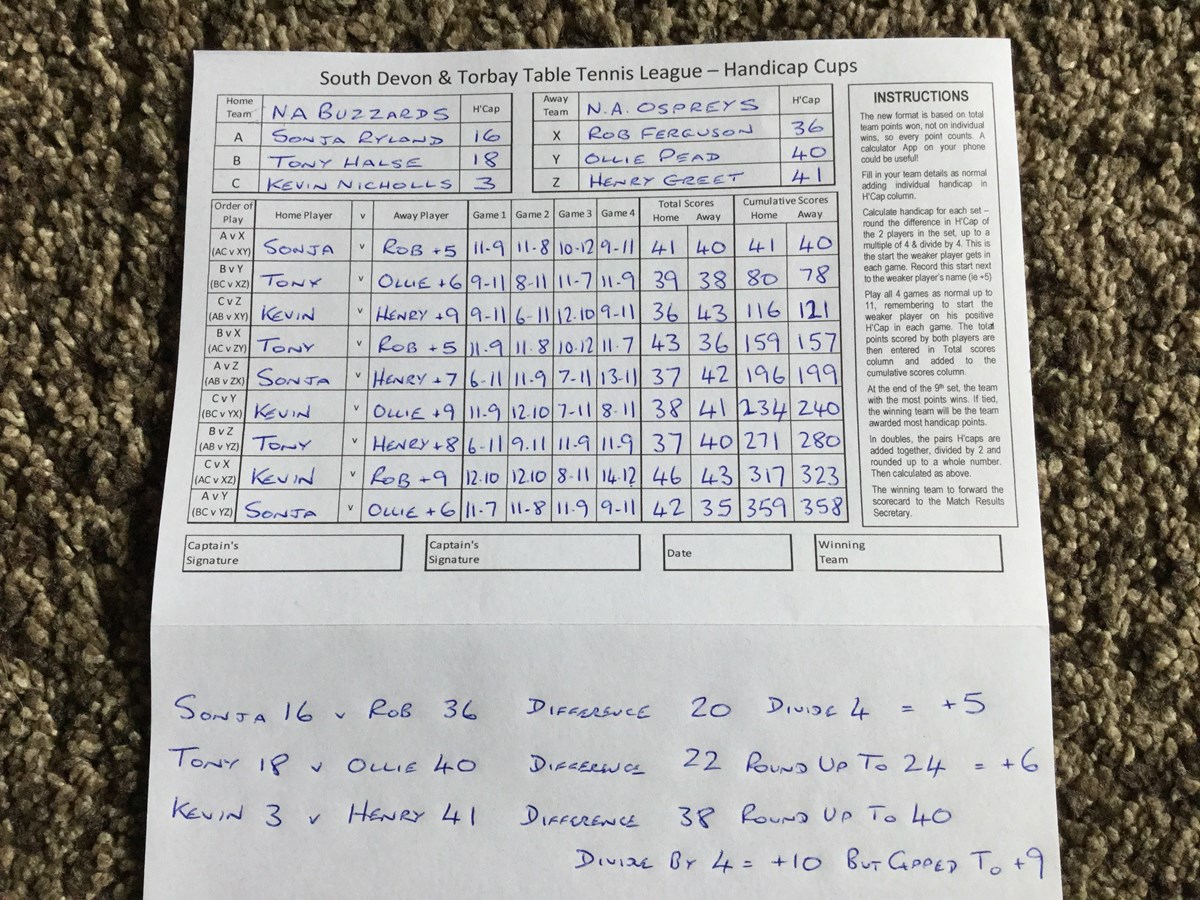