Club of the Year

Local table tennis club Torbay Table Tennis Academy , based in Torquay Academy school , has been awarded the prestigious Club of the Year Award 2017 by Table Tennis England in a ceremony held in London on Saturday 3rd. March.
The award , made to the club in the face of fierce competition from two other strong contenders, came as a complete surprise to the members who attended the ceremony by invitation from Table Tennis England. “ We were stunned when the winner was announced and it took a very long moment to realise that we were being called forward to receive the award “ said Lead Coach , Kris Piwowar.
In attendance to receive the award were Lead Coaches Joanna and Kris Piwowar, who also received their Level 3 Coaching Awards at the same time , and Vice Chairman Vic Bonfante.
“ All in all , a most successful night for the club “ said Vice Chairman Vic Bonfante “ and it is all down to all our superb Coaches and hard working club members who have made this award possible “
See our website for full details of all our activities and times :   http://www.tttacademy.info/ 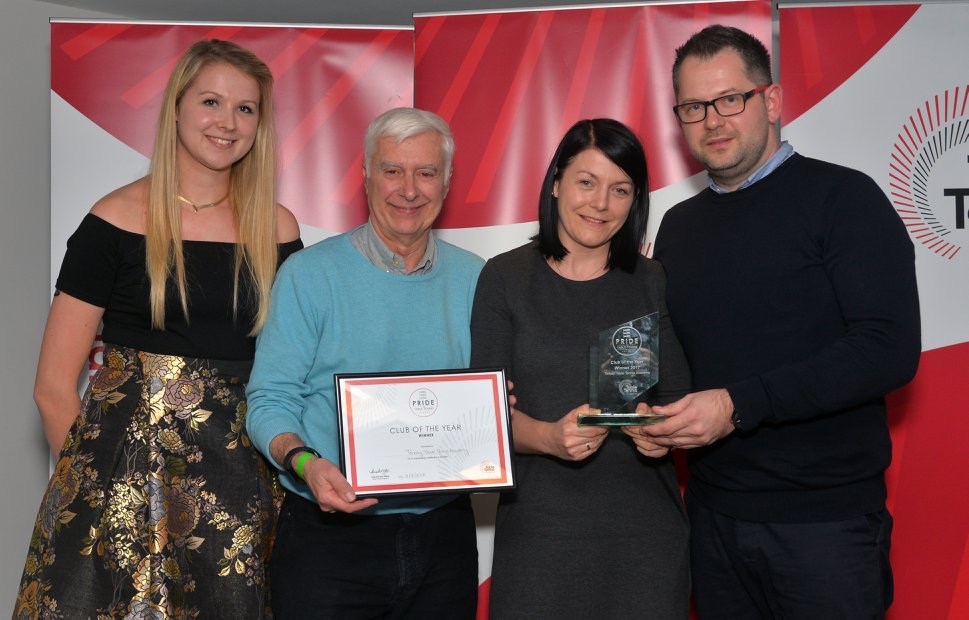