As a result of the disruptions towards the end of last season and the unfortunate cancelling of the primary schools international competition, we have fewer players to place in development teams this year leaving very few teams in division four. As a result, a decision was made to merge the fourth division into the third division, the top teams in division three would join division two and so on. The committee felt this was a good opportunity for teams to get more experience playing better players, which would improve Table Tennis skills across all divisions and inspire more players to join division one.

Division leaders after week one
The opening round of games this year saw more than a few whitewashes across all divisions and also quite a number of step-up players filling in for absent team members. Aside from that, there were some very strong individual performances and I think we will see a few surprises this year as the season unfolds.
Division one; (1) Ramsey A, (2) Arbory, (3) Srathallan
Division two;  (1) Copy Shop B and Travellers B, (2) Desmonds Douglas A
Division three; (1) Peel C, (2) Desmonds Douglas B, (3) Ramsey F
Division One
Travellers A (6)  Ramsey C (3)

With strong players representing both teams, this was a close match with one fifth set and three fourth set deciders. Scott Lewis won a hat-trick for Travellers, Malcolm Cummings won two and Marc Townsend won one. For Ramsey, Rhys Yardley almost achieved a hat-trick but had to settle for two wins and Chris Holmes won one game.

This was no easy whitewash for Arbory with four games settled in the fourth set and two tie-break sets, there were some close scoring games. The Arbory team were Khayee Vinas, John Magnall and Jason Quirk.

Ramsey A (9) Copy Shop A (0)
In this fixture, Copy Shop played with two step up players against Ramsey’s A team and after nine games, they did not manage to win one set, giving Ramsey a conclusive whitewash. Ramsey’s team were Adam Teare, Duncan Alexander and Chris Holland.
Ramsey B (6) Peel A (3)
Of all the fixtures played in week one, this match was probably the closest with one fifth set and four fourth set deciders. Tim Baker won a hat-trick without losing a set, Glenn Callow made his division one debut and won two games. Wael Kassim returned this year to the Ramsey squad and won one game. For Peel, Malc Lewis fought hard to win two games and Stuart Mason won one game in a fourth set decider.
Strathallan (8) Tower A (1)
Following on from last year’s experience in division one, Tower did not make this easy for the wiley veterans of Strathallan with three fifth set and three fourth set deciders, not to mention six tie-break sets! For Strathallan, Julian Briercliffe and Andrew Patterson won hat-tricks and Wayne Taylor won two games. For Tower, David Parsons starts the season as he means to go on and gets one game on the scoreboard.
Division Two
Travellers B (10) Copy Shop D (0)

This was a strong performance from the Travellers team in this whitewash of Copy Shop, there were some signs of resistance with one game decided in the fourth and one in the fifth set, but it wasn’t enough to get a point on the board. The Travellers team were John Shooter who returns from a few years absence, William Shooter and Nathan Evans. William and Nathan played in the doubles.

Sasha Thomas returned this year to play for Copy Shop and Joins their B team with Kevin Drewry and John Paul Banaag. There were a few close matches in this fixture where Ramsey challenged hard resulting in four sets being settled in a tie-break, also one fourth set and one fifth set decider, but the Ramsey team could not prevent the whitewash. Kevin and Sasha played in the doubles.

The result from this fixture could have easily been different, with three fifth set deciders, one game decided in the fourth and five tie-break sets. The Desmonds team of Russell Kent, Tommy Cowin and step-up player Neil Ronan, proved too strong on the night and whitewashed their opponents. Russell and Tommy played in the doubles.

Peel B (7)  Copy Shop C (3)
This fixture must have been the highlight of the matches in division two, with six games settled in the fourth, one in the fifth and five sets won with a tie-break. Stuart Perry won a hat-trick, Maggie Mulhern and Matty Evans won two games each. For Copy Shop, the battle ground took place with Malcolm Lambert who won two games and joined Sonja Shaw to win the doubles in a fifth set decider 10/12.
Travellers C (8)  Ramsey D (2)
For this fixture, Ramsey were not able to field their full team and used two step-up players. There were just two games decided in the fifth set and one game in the fourth set, for all of the other games the Travellers team dominated. Adrian Tinkler and Alex Buck both won hat-tricks and Vishal Patel won two games for Traveller's eight wins. For Ramsey, Adrian Slater won one game and with the much improved Wilma Dalugdugan, won the doubles for their two points.
Division Three
Desmonds Douglas B (9)  Ballakermeen (1)

The match between the new team for 2020, Ballakermeen, versus the new team from 2019 Desmonds B was a slightly nervous affair with some fabulous passages of play from both teams, which resulted in two games being settled in the fifth set and two in the fourth. For the Desmonds team, Peter Russell and Neil Ronan both won hat-tricks and Richard Hill won two games, Richard and Neil paired up for the doubles. On his debut game, JJ Griffin dug in and won in a fifth set tie-break 12/14 for his first win of the season for Ballakermeen.

The team of Peel C being James Devereau, Ronan Thompson and Sam Preece, were always destined to play together as a team and this year, they got their chance. They began their campaign with a whitewash over their Ramsey opponents, not without a couple of wobbles that were decided in the fifth set! Ronan and James paired up for the doubled win.

This was a fairly one sided match with just three games decided in the fourth set. Tower’s Mike Chapman, Margaret Forsyth and Dave Callow all won two games each, Mike and Margaret paired up for the doubles which was won in a fourth set tie-break 13/11. To defend Copy Shop’s honour was Mike Levine who won a hat-trick for their three points.

With some close scoring games (six tie-break sets), four games settled in the fourth set and one in the fifth, the score line could have easily been different. For Peel D, Bob Borland and Amit Lanin won hat-tricks and Peter Roberts won one game. Liam Bibby and Miltos Proxatakis won one game each for Peel E and Miltos paired up with Ali Ramirez to win the doubles in a fourth set tie-break 10/12.

The scoreline of this match doesn’t reflect how close these games were with three settled in the fourth set and one in the fifth, two were decided with tie-breaks. Lisa Lord and Wilma Dalugdugan both won hat-tricks for Ramsey F  and Francesca Lord won two games. Ramsey G can thank Thomase Morris for one win and he with his brother Jake Morris paired up to also win the doubles.

For all of the latest results and league positions, visit  www.tabletennis365.com/IOM

To find out how to get involved visit  www.facebook.com/TableTennisIOM 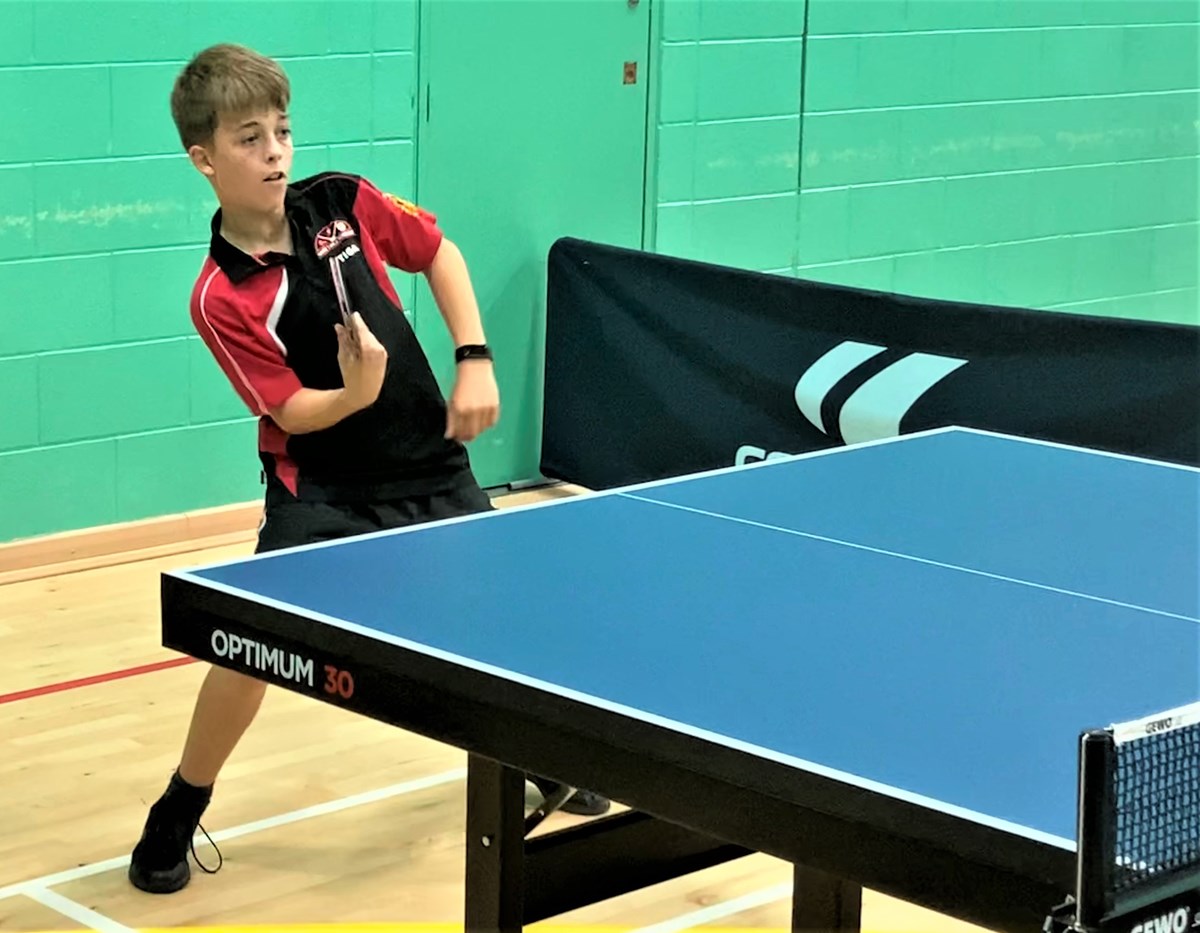