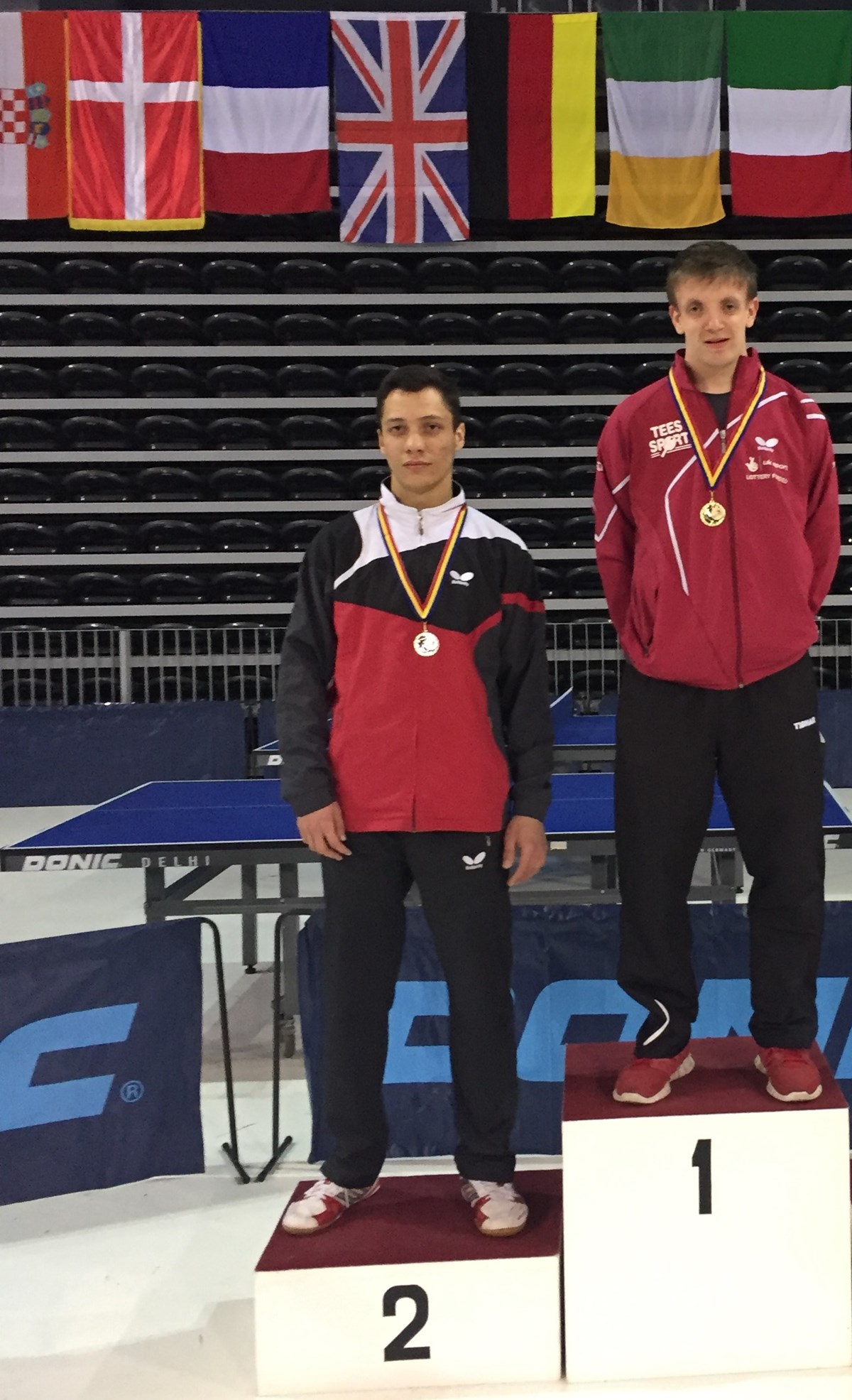 Craig Allen travelled to the Romanian Para Open this week as he is a member of the GB Development Squad.

Craig is a member of Arrowvale and Colebridge Table Tennis clubs.

He is currently in his third year at Grantham Table Tennis Academy where he lives and trains.

On Tuesday 21st March 2017 Craig won the Gold medal in the Romanian Para Open Under-23s Tournament and it is a just reward for his commitment and hard work over the last few years.

Craig has balanced his training with his degree in Sports Coaching and he graduated in November last year from the University of Bedfordshire.

Special thanks should be paid to Ian Scott and Eddie Lynn who have both coached Craig over a number of years.

Craig said 'I am thrilled to have won my first singles international medal to add to the team medal that I won previously.  I know I have to keep working at improving my game but I am determined to be the best I can'.

Craig who has a physical disability is a Class 9 player currently ranked 2 in GB, 52 in the world (Seniors) and 15 in the world (Under-23s).

B&RDTTA is a progressive and forward thinking , comprising three divisions, there is scope for everyone to enjoy league table tennis of all standards.

With open sessions for practice at both Arrow Vale School and Droitwich Spa High School , there are plenty of opportunities for those who wish to improve their standard of play.