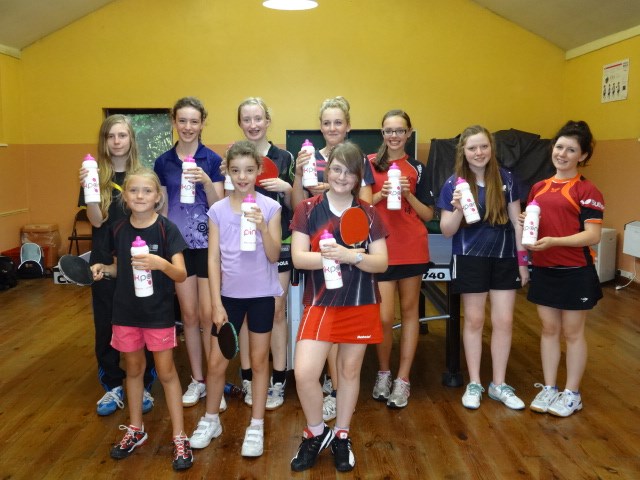 On Friday 23rd August 2013, ten Warwickshire Cadet Girls came to Colebridge Table Tennis Club, Shirley for some pre-season training, organised and ran by Warwickshire Cadet Team captain Kate Hughes. The 4.5 hour session involved a series of regular and irregular exercises, as well as some service and return drills, point construction and match play. Prior to the lunch break, the players also took part in a 20 minute fitness circuit to focus upon the importance of physical fitness in table tennis. The girls in attendance ranged from 9-13 year olds from various clubs across Warwickshire. There was a really positive atmosphere at the club, with all the girls training hard to improve their consistency in preparation for the forthcoming start of the season, and in particular their County Trials in just over a week. Warwickshire junior Sam Henderson kindly supported the training session.

At the end of the session, each of the girls were given a Pink Pong water bottle, to promote both the continued importance of hydration in sport, as well as supporting the excellent work Pink Pong does in raising awareness to fight the on-going battle against cancer.