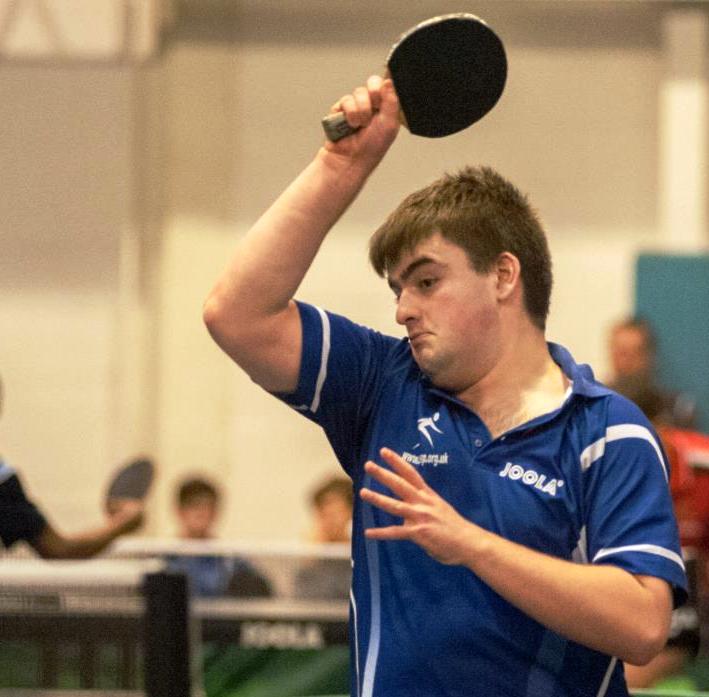 The events for all age-groups to select qualifiers for the National Finals have been played recently.

The Under 16 Boys tournament showed how close the competition is between several players in the County. The standard of play was exceptional, with tough matches for all from the outset. Niall Herbert (Aylesford) and Ronnie Woollaston (Kingsbury) both put up a good fight in the quarter final stages, but it was Timmy Cooper (Myton), Paul Lilley (Bablake), George Allison (Woodlands Academy) and Anshul Satsangi (Lawrence Sheriff) who progressed to the semi-finals. Anshul played confidently throughout his match against George and progressed to the final in 3 sets, but Paul made Timmy work very hard for his place in the final with a close victory for Timmy in 5 sets from 2-0 down. The final was even closer, with outstanding play from both players. Eventually Timmy claimed the title in another 5-set battle, keeping his composure when under pressure yet again.

The Under 19 Boys saw the top two seeds(both from Lawrence Sheriff School) ease relatively comfortably to their last match against one another but this was to be fiercely contested and proved to be a real roller-coaster match. Jesse Kendrick-Hill took the first set 12-10, before Matt Outhwaite replied with an 11-3 second set, the next two went first Jesse’s way then Matt’s leading to a 5th set decider. Matt looked to have control, but Jesse stayed calm and saved a total of 5 match points before finally winning the match 15-13.

After delays due to heavy snow, which meant their competition had to be rescheduled, the girls and younger boys finally had their chance to compete. Holly Thompson(Stratford Grammar) and Olivia Fletcher(Myton) were the only girls to enter the Under 19 and Under 16 Girls’ competitions, so they progress to the finals unchallenged. The Under 13 and Under 11 Girls competitions were at the other end of the spectrum, with both closely contested.

In the Under 11 Girls it was excellent to see so many girls from all over Warwickshire playing such a good standard of table tennis. Eventually it was a tie for three girls with the same number of wins, resulting in a tense count-back. The final positions were 3rd Milly Green (Priorsfield), 2nd Sophie Rinnhofer (Widney Junior), but the winner by the narrowest of margins was Amy Dixon (Pearl Hyde).

The Under 13 Girls event was also very competitive and it was marvelous to have such a good entry. The semi-finals were contested between Emma Kilpatrick (Rugby High), Katie Singleton (North Leamington), Eve Briscoe (Kineton High) and Milly Bradshaw (Bilton). Whilst Emma and Milly both progressed to the final without dropping a set, Katie pushed Emma very hard. Winning this close match seemed to give Emma a boost and she played confidently throughout the final to claim overall victory.

Pearl Hyde School was well represented in the Under 11 Boys event, with 3 of the 4 semi-finalists. Although Raman Marva (Pearl Hyde) beat Jamie Basford (English Martyrs) in a close 4-set match, all the spectators were impressed by Jamie’s determination and skill, at only 7 years old. In the other semi-final, Nathan Allen (Pearl Hyde) managed a 3-set victory over Zach Brigg (Pearl Hyde). In the final Nathan continued his success to beat Raman.

The under 13 Boys was another event with a really impressive standard of play from the earliest matches in the groups, right through to the final. From the quarter-finalists, Adam Cofler (North Leamington), Tom Fletcher (Myton), Adam Pulman (North Leamington), Lewis Singleton (St Benedict’s High), James Morrow (Alcester Grammar), Sam Cafearo (Ashlawn), Jack Green (Bablake) and Sam Basford (Lawrence Sheriff) it was Adam Cofler, Adam Pulman, James and Jack who made it through to the semi-finals, before Adam Cofler and James Morrow reached the final. Eventually it was James who took the title, but Adam made him work hard for every point.

Overall, the standard of play in all age-groups was strong and played in a friendly but competitive spirit. Thank you to all the helpers at both events, setting up and clearing the hall, serving refreshments and volunteering to score matches. Without this support it would be impossible to run these competitions.