TYC Retros produced another top drawer performance at the top of Division One of the Tamworth Table Tennis League inflicting a 7-3 defeat on Lichfield Kings & Queens. Michael Bree bagged yet another hat-trick keeping him at the top of Division One player averages for the Season. Bree later combined with Andy Jackson to take the doubles in three. Jackson added a further two singles wins to his side's tally and Lauren Evans chipped in with a point. In reply Di St Ledger player well for the Lichfield side winning two of her matches with Cyril Merriman scoring once. Curdworth Pingers edged a 45 set marathon, 6-4 at home to Wilnecote Raiders. Lee Bradford was on top of his game for Pingers scoring an impressive maximum. Rob Sheldon helped out with a single as did Dawn Sagoo. Raiders’ points came courtesy of a Ken Read double and a point-a- piece from Andy Bache and Ryan Birbeck. Danny Sullivan led from the front in his side Netherseal Oak's 7-3 win over Lichfield Jets with a well-crafted treble. Eileen Shaler scored twice in support. Eileen combined with Andy Rose to secure the doubles in five. Jameel Mann, Mark Balant and Jack Gillespie all scored once in response for the Jets.

In Division Two a Paul Bowler maximum was not enough to prevent Spital Daredevils losing out 7-3 away to Netherseal Cedar. Garry Carr, Aubrey Henry and Ian Perry all scored braces for Cedar with a Carr/Perry combination securing the doubles in four. Hopwas A made short work of Rugby Oddballs with a 10-0 home triumph. The Hopwas trio of Karl Oliver, Hayden Wootton and Alan Mcloughlin were simply too good on the night. The result of the doubles proved decisive in Lichfield Musketeers 6-4 derby win over Lichfield Knaves. Chris Latham and Roger Wootton combined to secure victory in three. Latham also took a pair in singles play as did Wootton. Zoran Djurkovic added a single. Neil Lehane remained undefeated on the night for Knaves but still missed out on a win for his side despite support from Yuriy Slobodyuk who scored once. 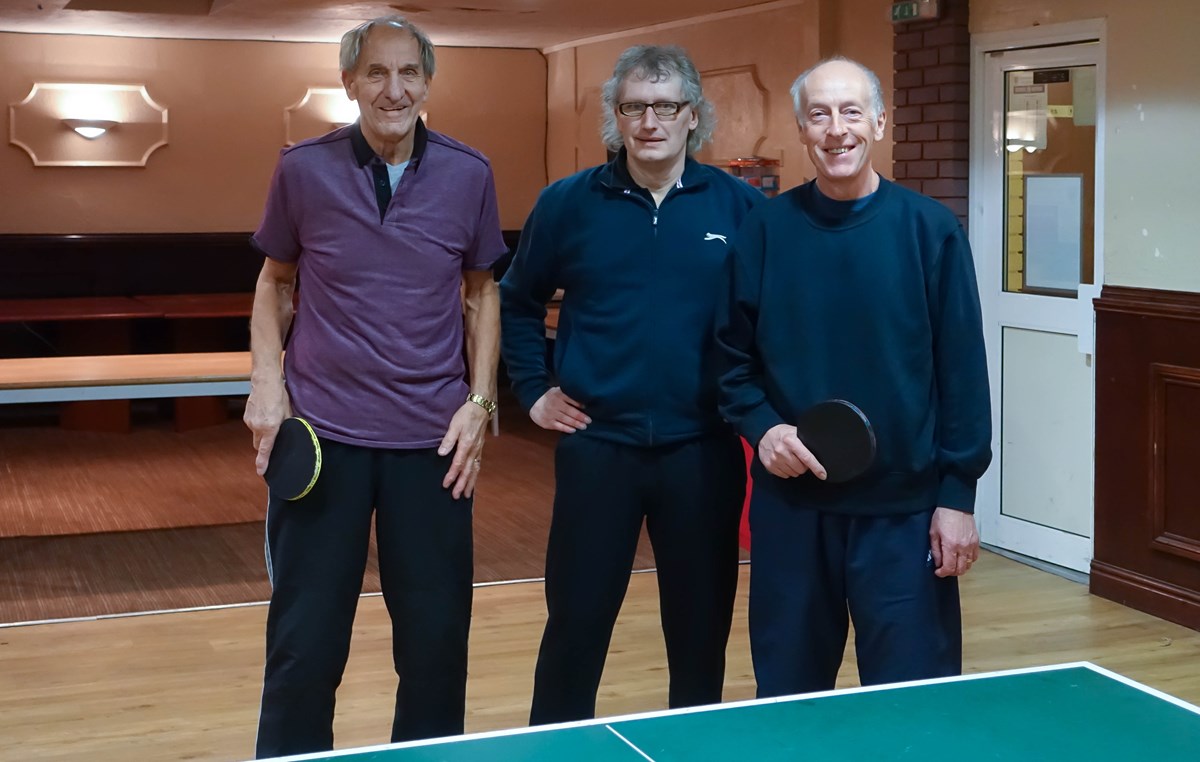 In Division Three leaders Netherseal Ash clocked up a useful 7-3 win against stable mates Netherseal Birch despite a superb treble from Paul Ducksbury. George Parry, Graham Clarke and James Farmer all scored twice with Parry and Farmer taking the doubles in three. In a close fought match Spiral Mondays emerged victorious winning their tie with TYC Talentz 6-4. Doubles from John Brooks, Paul Watkins and Ian Sketchley plus a Brookes/Sketchley doubles victory saw Mondays home. Hayden Wootton was star player for Talentz with maximum points. Rhys Hayden got on the scoresheet with a singles win. Lichfield Rockets scraped through 6-4 over Lichfield Barons thanks to two points-a-piece from Claire Sykes and Rory Watkins, a single from Steven Thomas and a Thomas/Watkins win in the doubles. Barons’ points came courtesy of two from the ever-consistent Barbara Jones and one each from Pete Collins and John Henson. Andy Brown with two points ensured Kingsbury Cruisers had something to show for their efforts in their 8-2 home loss to Hopwas B. Alex Farrell was top performer for Hopwas with three points with Colin Cartwright and Alex Baxter both scoring two points in support.