Division One leaders TYC Retros continued their dominance at the top of Tamworth Table Tennis League Division One with a 10-0 drubbing of Lichfield Jets. There was no stopping the Tamworth trio of Michael Bree, Mick Alsopp and Andy Jackson on the night. Elsewhere Wilnecote Raiders returned to winning ways with a comfortable 8-2 away win over The Crown courtesy of top-drawer maximums from Ryan Birbeck and Ken Read and two from Andy Bache. Tony Stewart scored once in reply for The Crown with Mark Hale taking the doubles with Ade Jones in four. Curdworth Pingers were in good form inflicting a 7-3 defeat on Netherseal Oak thanks to braces from Rob Sheldon, Gary Nash and Martin Round and a Sheldon/Nash doubles triumph. The highlights for Oak were two from Andy Rose and a Pete Jamieson single. Pairs from Di St Ledger and Cyril Merriman were not enough to prevent Lichfield Kings & Queens slipping to a 6-4 home loss against Netherseal Willow. Matt Satchwell proved to be the difference on the night winning all his matches and taking the doubles with Gary Carr. Carr went on to take a further single as did Brian Beer. 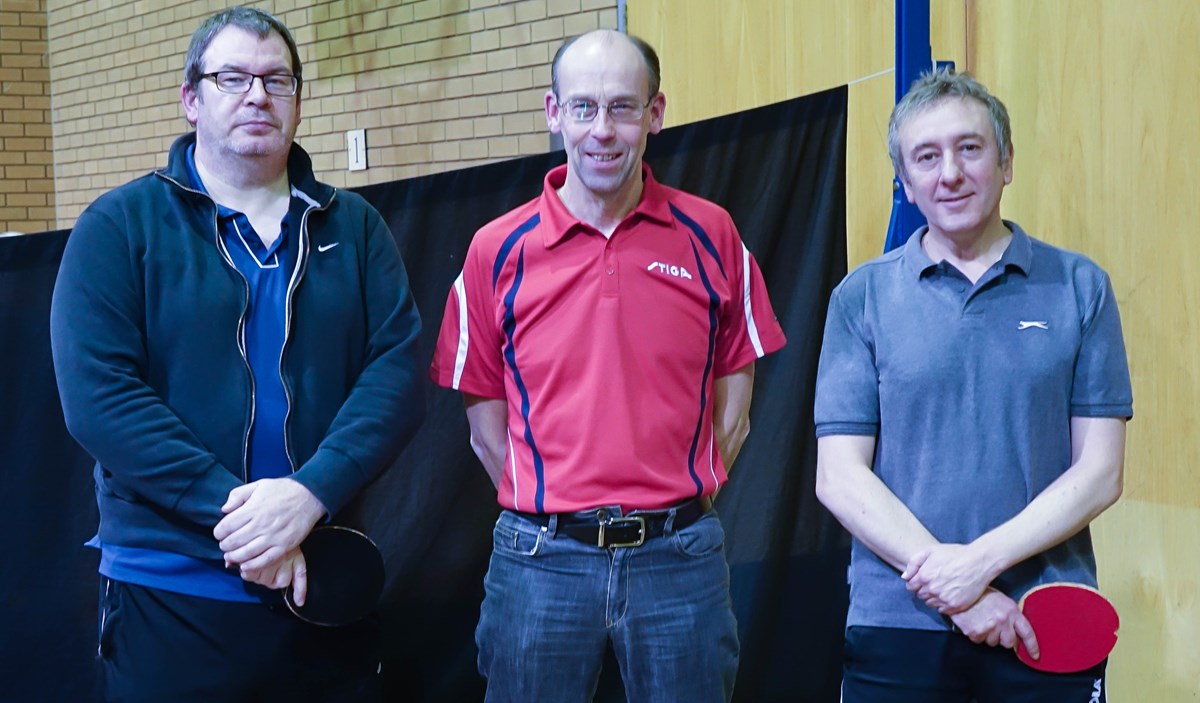 At the top of Division Two Hopwas A edged a narrow 6-4 win against two player Spital Daredevils. In matches played Karl Oliver bagged a double for the Hopwas side with Martin and Alastair Tallis taking the doubles 11-9 in the fifth. Paul Bowler and Stafford Brooke both scored twice for Daredevils. An Aubrey Henry maximum helped Netherseal Cedar win through 6-4 in their tussle with Lichfield Musketeers. Henry and Gary Carr secured the doubles in four with Carr taking a further two points from singles play. Zoran Djurkovic played really well for Musketeers winning two of his singles matches. Chris Latham chipped in with a point as did his teammate Rob Wootton. A hat-trick of wins from both Anna Tomczuk and Neil Lehane were just enough to snatch a 6-4 victory for Lichfield Jets in their clash with Rugby Kings. Kings points came courtesy of singles from Ian Gould, Dean Snowden and Nigel Thompson with Snowden adding a doubles win with Johnathan Pilling. Walmley Wheelers Pongers secured an 8-2 away triumph over Rugby Oddballs to help edge them up the table. Richard Grove and Nick Mathews were both maximum men for Pongers and combined to take the doubles in three. David O’Connor helped himself to a point. Ron Simpson and Kevin Wright both got on the scoresheet for Oddballs with singles.

Top of Division Three side Netherseal Ash were held at home 5-5 by Hopwas B. Ash’s cause was not helped fielding two players. In matches played James Farmer and Graham Clarke both scored twice and combined to win the doubles for Ash, David Tucker and Alex Farrell scored once for Hopwas. Second placed Spital Mondays beat two-player Kingsbury Cruisers 8-2 with John Brookes and Ian Sketchley remaining undefeated on the night for Mondays. Isobel Morrell and John Lowe each pulled a point back for Cruisers. Hayden Wootton was again star player for TYC Talentz with a maximum in their 8-2 away victory over Lichfield Rockets ably assisted by Rhys Williams and Ellis Kesterton who both scored doubles in support. Steve Thomas put up in a battling performance for his two singles win for Rockets. Mike Harker and Mick Sherratt both notched up trebles in Netherseal Birch’s narrow 6-4 win over Lichfield Barons. John Henson, Barbara Jones and Alex MacDonald each scored once for Barons with MacDonald and Jones taking the doubles in five.