Wilnecote Raiders extended their lead at the top of Tamworth Table Tennis League Division One thanks to a solid 7-3 away win over Netherseal Cedar. Ryan Birbeck was star player for Raiders winning all his singles matches and taking the doubles in three with Andy Bache. Bache added a further two singles points and Robert Birbeck chipped in with one. For Cedar Steve Mcloughlin, Gary Carr and Ian Perry all scored once. Dawn Sagoo hit two but it was not enough to prevent her side Curdworth Pingers slipping to a narrow 6-4 home defeat at the hands of Netherseal Oak. Gary Nash and Varya Meredith each took a point in support. Andy Rose was in fine form on the night for Oak bagging a treble plus the doubles in five with Danny Sullivan. Sullivan also helped himself to a fine brace. Matt Satchwell led his side Netherseal Willow to a comprehensive 8-2 away win over Lichfield Jets with a treble from singles matches and combined with Liz Merrick to secure the doubles in three. Merrick added a further two singles wins as did Brian Beer. Jack Gillespie hit two in reply for Jets.

A 7-3 away win was enough to keep Rugby Kings at the top of Division Two. Ian Gould was in great form for Kings winning all his singles matches. In support Dean Snowden and Nigel Thompson contributed braces. Mike Harker played well for Ash taking two points from singles play plus the doubles with Richard Baxter in three. Second placed Lichfield Knaves also secured a 7-3 victory thanks to Neil Lehane bagging himself yet another hat-trick and pairs from Anna Tomczuk and Varya Meredith. Richard Grove turned in an impressive performance for Curdworth Wheelers Pongers hitting two in response and taking the doubles with Nick Matthews in four. Lichfield Musketeers narrowly edged a 6-4 triumph over Spital Daredevils. Chris Latham and Rob Wootton both helped themselves to two points-a-piece and Zoran Djurkovic one for the Lichfield side but the win came down to a Latham/Wootton doubles victory. Stafford Brooks and Alan Baker both scored twice for Daredevils.

A superb maximum from Kevin Wright for Rugby Oddballs ensured his side emerged honours even from their clash with Division Three leaders Lichfield Rockets. Wright also helped secure the doubles in five with Ron Simpson. Simpson added a further single to Oddballs tally. Mark Burns and Andrew Rushton both took two points for Rockets and Paul Edwards helped out with a single. A Peter Collins single prevented Lichfield Barons slipping to a whitewash away to Spital Mondays. Mondays were in devastating form on the night with Sven Pettersson and Ian Sketchley both hitting maximum points and John Brooks a double. Alice Antoszkiewicz turned in another top-notch performance for Burntwood A scoring twice but it was not enough to prevent Netherseal Beech taking the tie 8-2. George Parry played a blinder bagging all three plus the doubles with John Pope. Pope contributed another two singles wins as did Dave Robinson. Three from Paul Ducksbury and two from Roger Whiting helped Netherseal Birch clinch a 5-5 draw with Bennetts Cruisers. Cruisers points came courtesy of a double from John Lowe and singles from Isobel Morrell and Andy Brown. Morrell and Brown added the doubles in four. 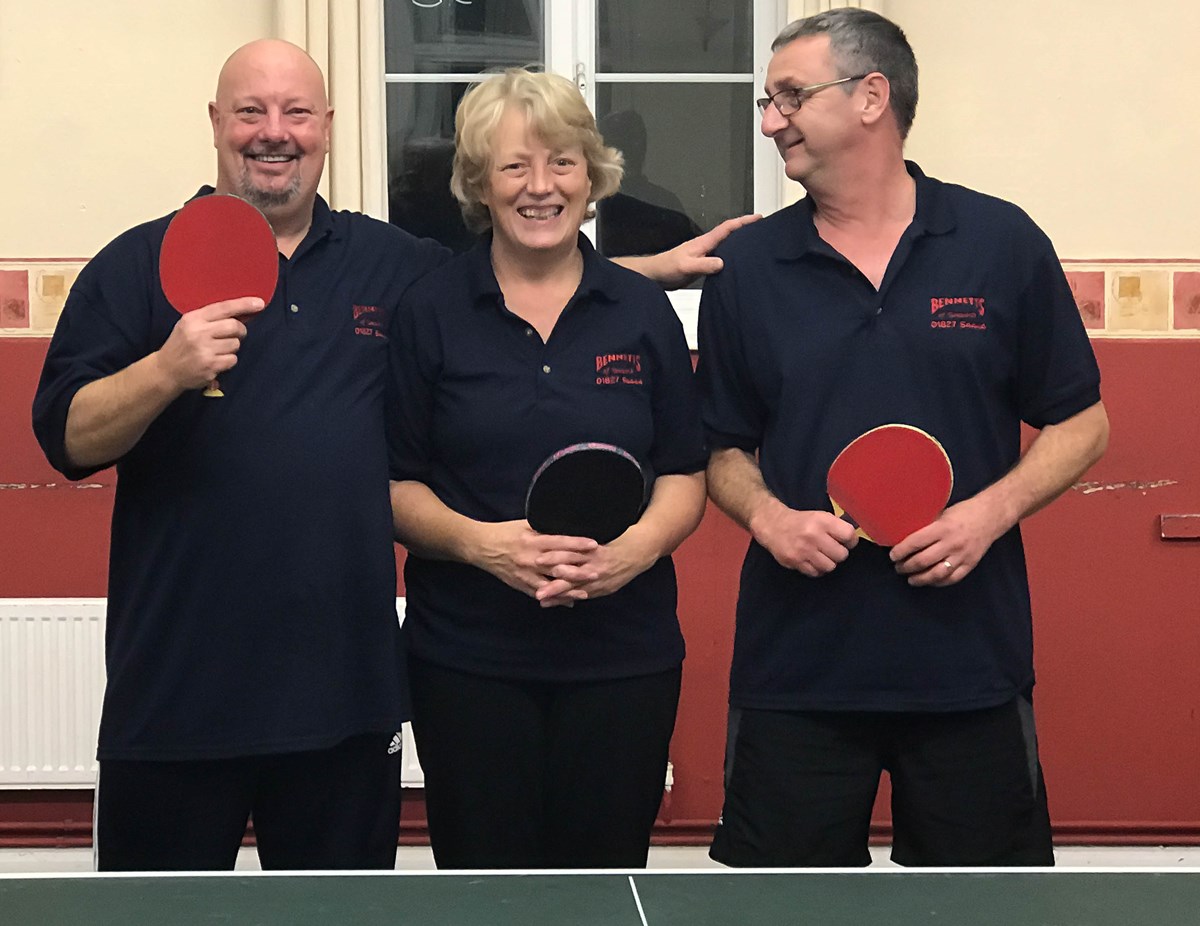