TYC Retros emerged convincing victors in their top of the table clash with Wilnecote Raiders in Division One of the Tamworth Table Tennis League. Maximums from Michael Bree and Mick Alsop and a pair from Andy Jackson sealed the win 9-1. Ken Read’s point for Raiders prevented the whitewash. Elsewhere The Crown made up ground on third placed Netherseal Oak edging their contest 6-4. A dazzling hat-trick from Jody Bevington was the difference between the sides. Jody was well supported by Adrian Jones who scored twice. Bevington and Jones later combined to take the doubles in three. Brian Hagger was in good form hitting two in reply for Oak with Danny Sullivan adding a single. Lichfield Kings & Queens defeated Lichfield Jets 7-3 in a closer run contest than the score-line suggests. Di St Ledger was star player for Kings & Queens remaining unbeaten on the night. She secured the doubles with David Knight 15-13 in the fourth. Knight went on to bag a pair. Varya Meredith chipped in with a solo win. Jack Gillespie won two singles for the Jets, Harry Emberson one.

Cancellations reduced play in Division Two to just two matches this week. Talented side Netherseal Cedar enjoyed a convincing 8-2 triumph over Rugby Kings thanks to top-drawer maximums from Aubrey Henry and Gary Carr. Richard Baxter scored once. Dean Snowden and Johnathan Pilling scored a point-a-piece for the Kings. It was all smiles for Hopwas Jokers A in their 9-1 crushing defeat over Walmley Wheelers Pongers. Karl Oliver, Alan Mcloughlin and Alastair Tallis were all in excellent form winning all their matches. Pongers clawed a point back thanks to a Richard Grove/Pete Bromley doubles win. 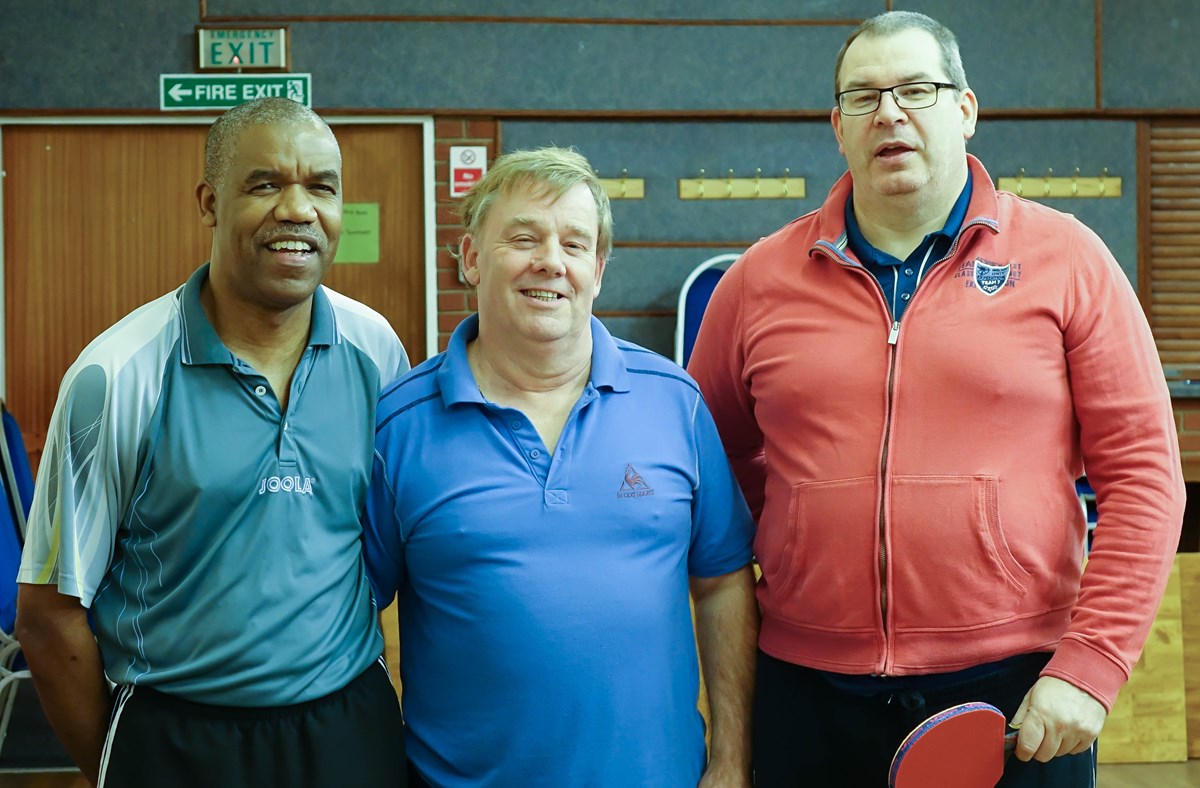 Spital Mondays remain top in Division Three thanks to a 7-3 home victory over Lichfield Barons. Ian Sketchley claimed a wonderful treble for the Mondays with John Brookes helping out with two. Sketchley and Brookes later combined to take the doubles in four. Paul Watkins added the seventh. A battling performance from Pete Collins resulted in two single points for Barons. Barbara Jones scored once. A fine Andy Brown maximum helped his side Kingsbury Cruisers steer into second place in the Division with a 7-3 away win over Lichfield Rockets. John Lowe added support with a brace and combined with Brown to take the doubles in four. Izzy Morell scored once. Chris Davis scored twice for the Lichfield side, Rory Watkins once. Hopwas B were held to a 5-5 drawer by Netherseal Birch. Mick Sherratt did the damage for Birch remaining undefeated on the night. Roger Whiting helped out with two. Hopwas B’s points came courtesy of a Dave Tucker brace and a point-a-piece from Alex Farrell and Alan Baxter. Tucker and Farrell secured the doubles in four. Two points a-piece from Graham Clarke, James Farmer and George Parry helped Netherseal Ash emerged 7-3 victors at home to TYC Talentz. Hayden Wooten had another good night for Talentz with two singles wins. Ellis Kesteton added the third.