Wilnecote Raiders continued their winning ways with a 7-3 away triumph over Curdworth Wheelers Pingers keeping them at the top of Division One of the Tamworth Table Tennis League. Ken Read was in fine form for the Raiders taking an impressive maximum. Ryan Birbeck and Andy Bache both scored twice in support. Leigh Bradford played well for Wheelers with two points and went on to secure the doubles in three with Rob Sheldon. Elsewhere Netherseal Oak edged a close run contest with Lichfield Jets 6-4. Braces from Danny Sullivan and Brian Hagger plus a point from Pete Jamieson who later combined with Danny to take the doubles saw Oak home. Jameel Mann and Harry Emberson hit two a piece in reply for the Jets. Singles from Varya Meredith and Dave Knight ensured Lichfield Kings & Queens had something to show for their efforts in their 8-2 home loss against TYC Retros. Andy Jackson and Michael Bree were too strong for the Lichfield side on the night taking maximums. Amy Evans added a single. The Crown emerged 6-4 victors against Netherseal Willow, no doubt being motivated the greater by the superb free buffet awaiting both sides at the end of the contest. Jody Bevington notched up a superb treble for The Crown and took the doubles with Adrian Jones 11-7 in the fifth. Adrian also contributed a single as did Tony Stewart. Matt Satchwell and Simon Hall claimed two wins each for Willow.

At the top of Division Two Lichfield Knaves won the derby against two player Lichfield Musketeers 7-3. Chris Lehane was unbeaten for the Knaves and won the doubles in four with Yuri Slobodyuk. Yuri also won one of his singles played on the night. Roger Willetts scored twice for Musketeers in reply and Zoran Diurkovic once. A Johnathan Pilling maximum proved decisive in Rugby Kings narrow 6-4 win over Warmley Wheelers Pongers. Dean Snowdon scored twice in support and Nigel Thompson added a point. A battling brace from Nick Matthews for the Pongers ensured they did not go down without a fight. Richard Grove also scored once for the Pongers and took the doubles 11-7 in the fifth with Pete Bromley. A Paul Bowler maximum ensured it was honours even as the tie between Spital Daredevils and Netherseal Cedar finished 5-5. Stafford Brookes and Alan Baker each added a point for Daredevils. Cedar’s points came courtesy of Aubrey Henry and Gary Carr who both scored twice and went on to win the doubles in a close contest 11-8 in the fifth. 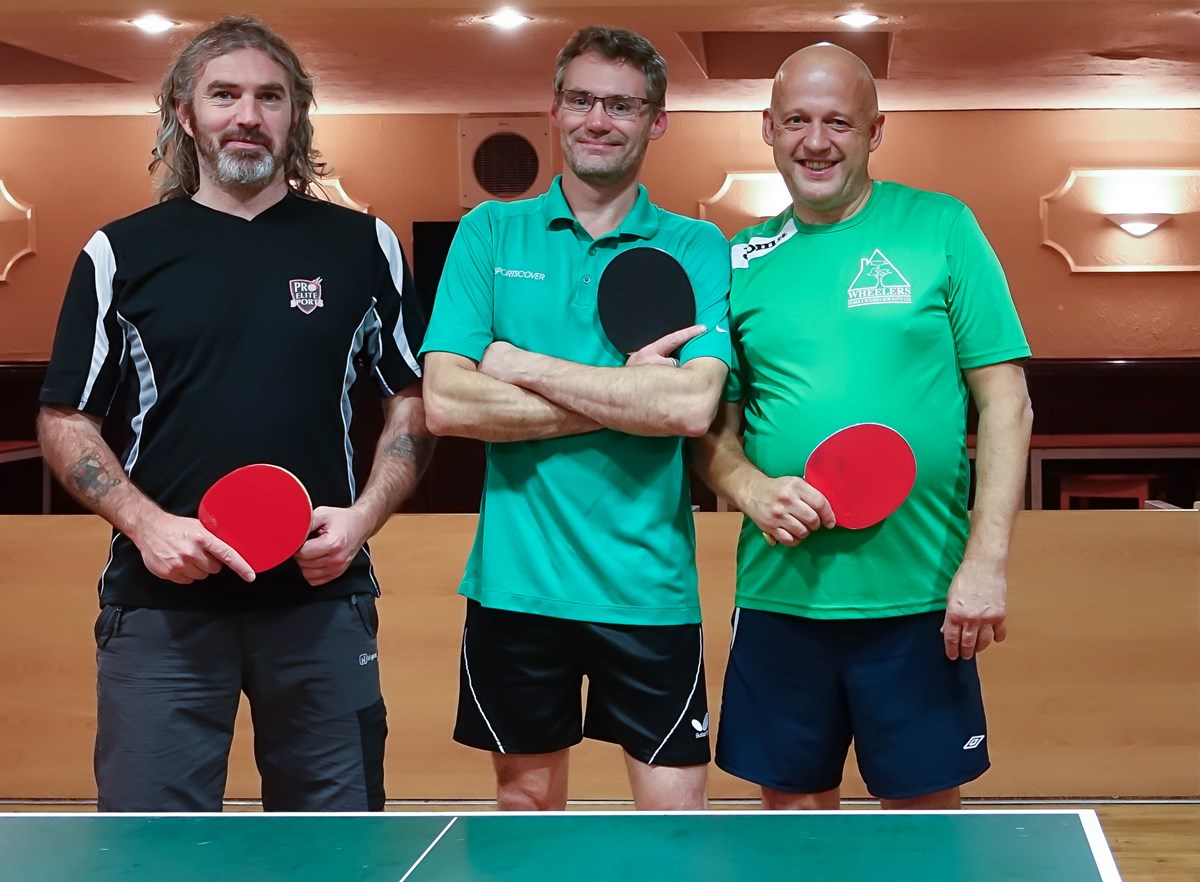 In Division Three maximums from Steven Thomas and Rory Watkins helped Lichfield Rockets see off the challenge from Lichfield Barons 6-4 in a match played in ‘great spirit’. Alex MacDonald, Angus Rodgers and John Henson all hit singles for the Barons with Alex and John taking the doubles 11-6 in the fifth. Two player Hopwas B lost out to Kingsbury Cruisers 4-6 despite Alex Farrell scoring twice and winning the doubles with David Tucker 11-9 in the fourth. Andy Brown was star player for the Cruisers remaining unbeaten and John Lowe won through in one of his singles.