On Saturday June 17th, Rhys Davies participated in the Table Tennis U/13 National Championships open to the best 48 players in the country.

The day began in the doubles where Rhys was joined by Naphong Boonyaprapa (Poww) from Nottinghamshire rekindling their partnership from the England Schools Team from 2016. As 2nd seeds they had a bye in the 1st round  and emphatically won their 2nd round match 11-4, 11-3, 11-7 to make the ¼ final where they had a similarly dominant win 11-2, 11-3, 11-9! The scheduling then switched to singles where Rhys won all 3 of his group matches by 3-0 to reach that last 16 before beating the 10th seed with his best performance to reach the ¼ final where he would meet his doubles partner, Poww – the timing couldn’t have been worse as their doubles semi-final would follow straight after. In a good match Poww came out on top, meaning Rhys would miss out on an individual medal for the 1st time at National Level.

Thankfully Rhys bounced back to partner Poww and win the doubles semi-final by 3-0 against the 3rd seeds. This set up a final against the top seeds (who were also the Individual finalists) Jamie Liu and Louis Price – In a high quality match Rhys & Poww looked on course to win after taking the first 2 sets and building a big lead in the 3rd. Unfortunately, despite having 6 match points they couldn’t quite finish the opposition off and eventually had to settle for silver.

Just to cap off the season, we moved down the road to Wellinborough on the Sunday to take part in the finals of the English Leagues Cup – this is an U/18 team event and Rhys was joined by 14 year old Harry Watson (Bluecoats) to form the Liverpool Team – as the youngest 2 players in the event they were expected to finish between 5th and 8th but after some exceptional play they surpassed expectations to pick up the bronze medals. As a team they won 4 out of 5 doubles matches only losing to the champions and backed this up with strong singles results - Harry winning 4 form 7 and Rhys 6 from 7 – both only losing out to much higher ranked older players! 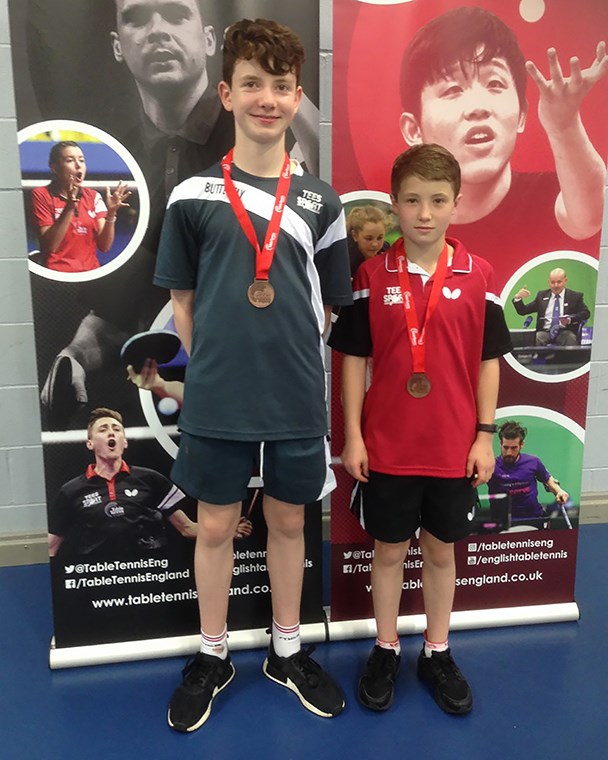 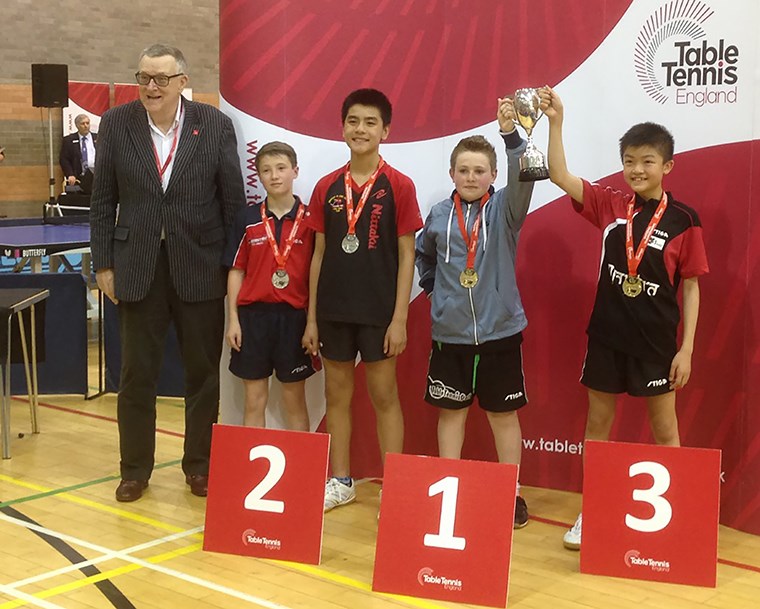