As our 2019 Summer League draws to a close, we thank our Summer League DRSs for running their Divisions: Duncan Taylor Div 1, David Barnes Div 2 and Paul Strutt Div 3.

We also thank Jayne Johnson, Berti Makolli and Barrie Delf for setting the Summer League up. 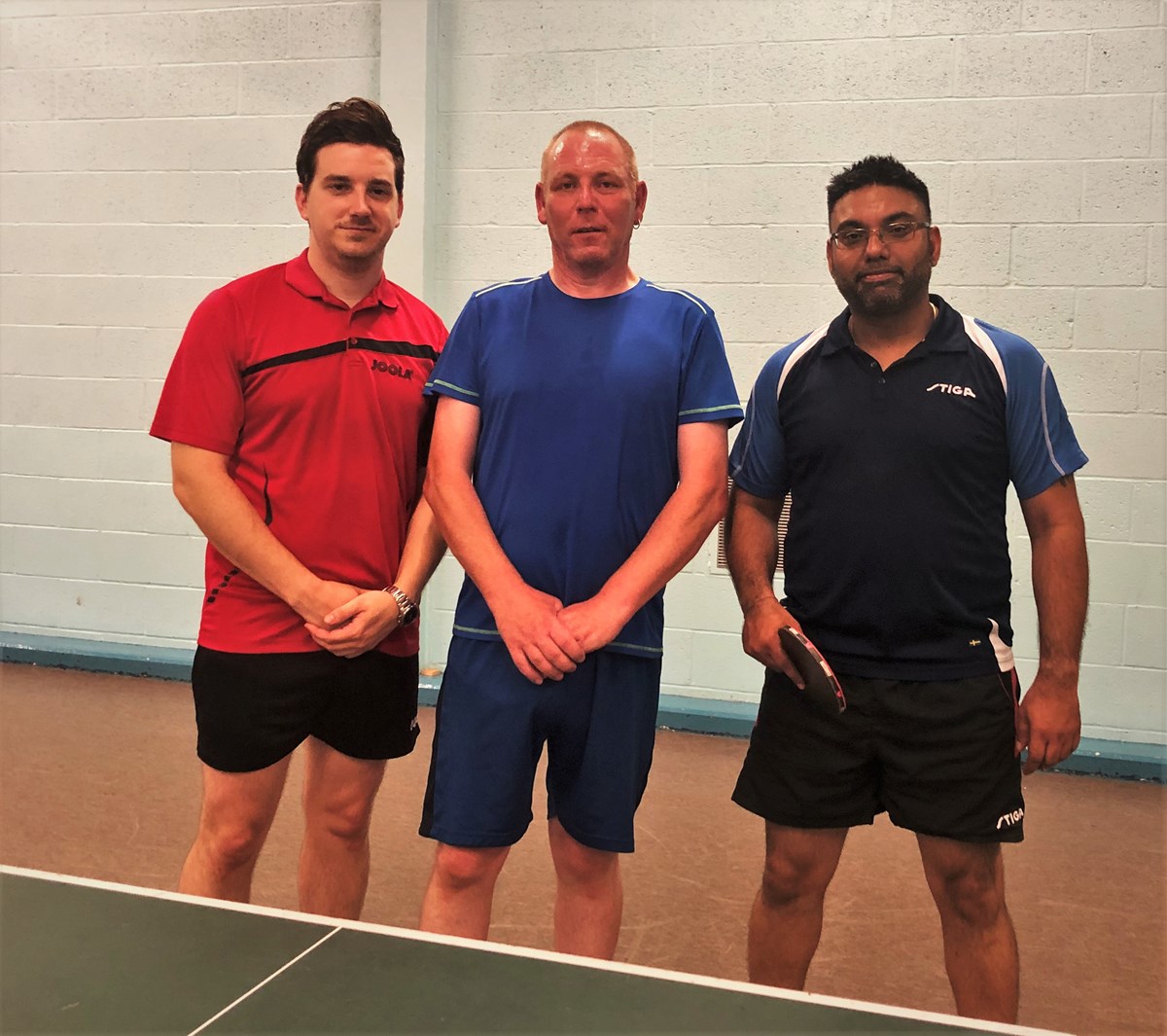 And a big thank you to all our Team Captains, Clubs, Coaches and Players for their important contribution.

Enjoy the rest of your Summer Break.

The top of the table clash between Stanford D and Basildon B was the last chance for any of the chasing teams to threaten Basildon’s grip on the title which they have had  virtually all the season.

Whilst Stanford brought in Tony Papasifakis for his first league game alongside Max Russell and Mark Downey, Basildon countered this by bringing former Premier player Steve Woodley back to their side. The result was a straight forward 7-2 win for the Basildon boys with Steve unbeaten throughout.

Mark picked up a point with a good comeback win, 2-0 down to 3-2,against Richard Reibold, whilst Tony also had a good win inflicting a rare defeat on Jenne Seibolt.

Stanford’s defeat was the last game of their season and it left the way open for Hockley C to move into second place. They took their chance with aplomb beating the youngsters of Stanford E 9-0. Andrew Strutt, Oliver George and Jason Stringer were always too strong for Stanford and did not drop a set until the last game of the evening. Hockley could equal Basildon’s points total if they win their last game of the season 9-0 against their own D team but Basildon would still win the title having not lost a game all season. Hockley have lost one.

Hockley D fought out a close match against bottom of the table Rawreth C but, having given Rawreth a 3-0 start, just failed to pull back the deficit going down 5-4. Chris Nunn was the star for Rawreth winning all his games whilst his son Ethan picked up the other point. Benedict Brown of Hockley picked up his first win of the season coming from 2-0 down to beat Rob Clarke and also combined with Hermann Maier to win the final doubles. Hermann also won both his singles.

The battle for fourth place went in favour of Invicta B, their 7-2 win against Customs B moving them four points clear of rivals Warehouse c who slumped to a 6-3 defeat to Stanford C.

Trisha Winter was all conquering against Customs backed up by two singles wins for Mike Keeble and one for Chris Gregory. Chris’s win came after he battled back from 2-1 down against Eddie Huen, but he was unlucky against Chris this time losing  in five after leading 2-1.

Stanford C had to fight long and hard against Warehouse to claim their 6-3 win. The first doubles went to five sets, won 11-9 by Stanford but the match between Randy Santiago and Graham Back was even longer with Randy eventually winning 16-14, 11-13, 13-11, 4-11, 13-11. Randy was involved in another five set match against Sarah Ball but this time lost after leading 2-0. Rob Salvage was the MOTM winning all his matches with a win each for Randy and Ben Clow. Graham and Sarah both won a singles for Warehouse and combined to win the final doubles.