Please note: Hullbridge E have asked that all Division 2 Team Captains are reminded that the

Week 4    Another excellent hat-trick for Chris Buer could not prevent Rawreth C going down 5-4 to Warehouse A. Fred Dove was also unbeaten for Hullbridge B in a 5-4 defeat to Rawreth C, featuring wins for Buer Senior, Steve, Simon Neale and Mike Hayes.  Tony Halling was, once again, the difference between a strong Rayleigh Mill team and Rawreth A. Minda Sinkus and Peter Radford had fine victories over George Reeves and Kevin Read, but neither could get the better of Halling. 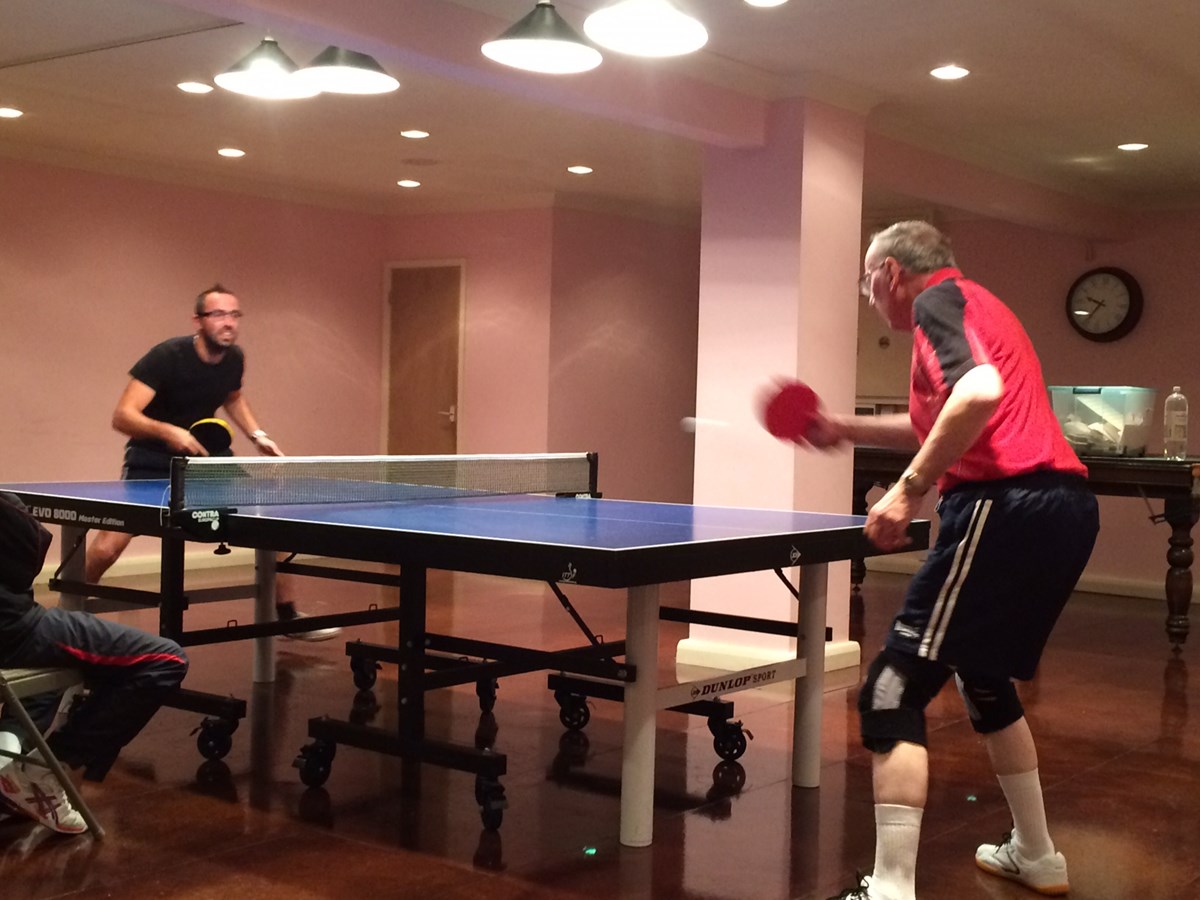 Thorpe Bay A, consisting of Alex Abbott, Paul Sayer and Paul Whatton were in no mood to mess around as they thrashed Lentern B 9-0.  Dave Calleja was involved in two titanic tussles for Rawreth B v Warehouse. He saved two match points to defeat Kim Shead in five, and four more against Martin West, only to lose 14-12 in the final end. Martin has now dubbed himself ‘The Calleja Slayer’! Man of the match, however, went to Keith Adams, who was ‘on fire’.  Dave Bowles and Kevin Caldon of Hullbridge A scored maximums in a 7-2 win over Rawreth D. Ben Warner and Reece Seddon scored a point each for Rawreth    Duncan

Week 4    Customs A continue to lead the table despite losing 5-4 this week to Rawreth E. Roy Thomas is still undefeated this year for the Customs men, but two wins apiece for Gary McCarthy and Mike Worship ensured the points ended up with Rawreth.  Warehouse B moved up the table into 2nd with a convincing 6-3 win over Hadleigh Forum B. Berti Makoli had a good night winning all three of his games, including coming back from 2-0 down to Mick Tappenden. Jim Stait added two as well but went down to Mick in the fifth, but Warehouse never looked back taking the first 5 games.  Hockley A are just a point behind after a close 5-4 win over Lentern E. Dave Colwill was the main contributor for Hockley, unbeaten on the night, aided by a point each from promising youngsters Matt Nariel and Matt Stringer. Wayne Farmer and Brian Spencer were unlucky to end up on the losing side, scoring two each, with Mark Jupe losing to both juniors in five sets.  Lentern C continue to make steady progress. This time with a 6-3 win over Hockley B. Mike Grout scored a hattrick and Les Tayler added two for the Lentern side with resistance being put up with two points for Paul Strutt of the Hockley side.  Hullbridge C had a good week to close on the leaders with a 9-0 win over Lentern D, who continue to struggle and are looking for their first win of the year. Hullbridge on the other hand should be close to leaders Customs, when they play their game in hand. Maxine Abbott, Jan Fuller and Pete Saunders were the winning team for Hullbridge.  Canvey A are another team who will be ‘in the mix’ once they have played their game in hand. This week they had to settle for a 5-4 win over Hadleigh Forum C. Ray Wilson with 3 points and Peter Cray with two, scored well over the Forum team, with Mark Everard scoring two for the losing side    Barrie

Week 4    Undoubtedly, the shock result this week was Hullbridge E’s youngsters’ 6 – 3 home win over an experienced Canvey B side. A superb hat-trick from Kieran Stanley in his first match of the winter season, ably supported with two from Adam Jackman and a single from James Goddard made for the big upset.  Talbot Wiseman got two of the visitors’ points.  Please note: Hullbridge E have asked that all Division 2 team captains are reminded that the start time for Hullbridge E’s home games is 7:15 pm.  Warehouse C had a comfortable 6 – 3 home win over Basildon Hospital. Andrew Paton was man of the match, winning all his games. Harry Small added two and Andy Humphries one. Kevin Smart won two for Basildon.  RESSC recorded their first win of the season, gaining a narrow 5 – 4 home win over Warehouse D. Ron Coutts and Sarah Mapes both won two games and Robert Skews one. Dave Walton got two of the visitor’s points.  Another 5 – 4 home win was the outcome when Rawreth F entertained Hockey C. Dave Barnes’ hat trick made him man of the match, whilst Stuart Adshead and Tony Vassallo got two each for the visitors.  Rawreth G also managed a win by the same 5 – 4 score when they entertained Wakering. The Deadman boys did all the damage with Adam recording a maximum and Andrew two. Paul England was responsible for two of Wakering’s points    David

Week 4    One result held over from week 1 saw a very strong Invicta B team of Mike Keeble, John Golding and Richard Verrinder cruise to a 9-0 victory against Hockley E only conceding 2 sets all night. Claire Stringer, Jim Nariel and Josh Jones made up the Hockley team.  Hockley D fared a little better in their match against Hullbridge F in week 3 a close fought match going to the final game of the evening when Ann Lane proved too strong for David Cross, winning in straight sets to clinch the match 5-4. Hullbridge had started well leading 4-1 at one stage but the Hockley fight back finished just short. 4 players finished with 2 wins each, the successful Hullbridge team of Sue Reece, Ann Lane and Bob Singleton-Smith, and Laurie Witte of Hockley who just edged the man of the match award by virtue of number of sets lost. Brian Parker made up the Hockley team.  Customs B played their first game of the season in week 4 starting with a convincing 7-2 win against Warehouse E with man of the match Richard Kidd leading the way with a hat-trick. Amar Al-Soufi and Mark Rose picked up 2 wins each but there was a good performance from James Spencer of Warehouse who recorded good wins against Amar and Mark. Larry Lisner and Joe Bennett made up the Warehouse team.  Canvey D recorded their second win of the season with a convincing 8-1 win away at Invicta C for whom Keith Baxter got the consolation point. Ray Baker got 2 for Canvey, Rob Mcdonald 3 but Craig Aukett took the man of the match award winning all 3 games without losing a set. Canvey are now second in the table.  Hockley F got their first win of the season 6-3 at home to Rawreth H with 2 wins each for David Chenery, Liam Adshead and Claire Stringer. None of them, however, could beat young Matthew Barber who won all 3 of his games in convincing style. Well done to Liam who recorded his first wins in the league    Paul