A really enjoyable evening with lots of competitive and entertaining play.

Unfortunately, with Sam and Dan having to miss the match due to injury and illness respectively and Dave Wills leaving the area earlier in the season, Torbay Academy 2 went into the match with only 2 players.

Despite this and starting 3-0 down, Kris supported very well by Javier won a nail biting finish as Torbay Academy 2 came out as winners by 5 sets to 4!

The youngsters (without Jakub on this occasion!) played extremely well and stretched the 2 more experienced players to the limit. With Herbie beating Javier in one of the early matches it meant that Torbay Academy 2 could afford no further “slip ups”!

Javier won his matches against Brandon and Curtis so it was left to the “old” master Kris to see his team home. But what a struggle for him? Both Herbie and Brandon (in the decider) used their significant handicap advantage to put Kris under severe pressure but Kris fought to the end to squeeze home in both sets by 12-10 in the third and final legs.

I continue to be very impressed with the Torbay Academy 6 team. Their improvement this season has been tangible but coupled with this is their focus and determination and to keep playing in an attacking style and not to be deterred from doing so.

As an example I thought Brandon should be applauded when in the deciding set against Kris he kept on attacking at every opportunity and took him so so close!!

Congratulations to both teams and good luck to the youngsters of Torbay Academy 6 next season when they progress to higher things......... 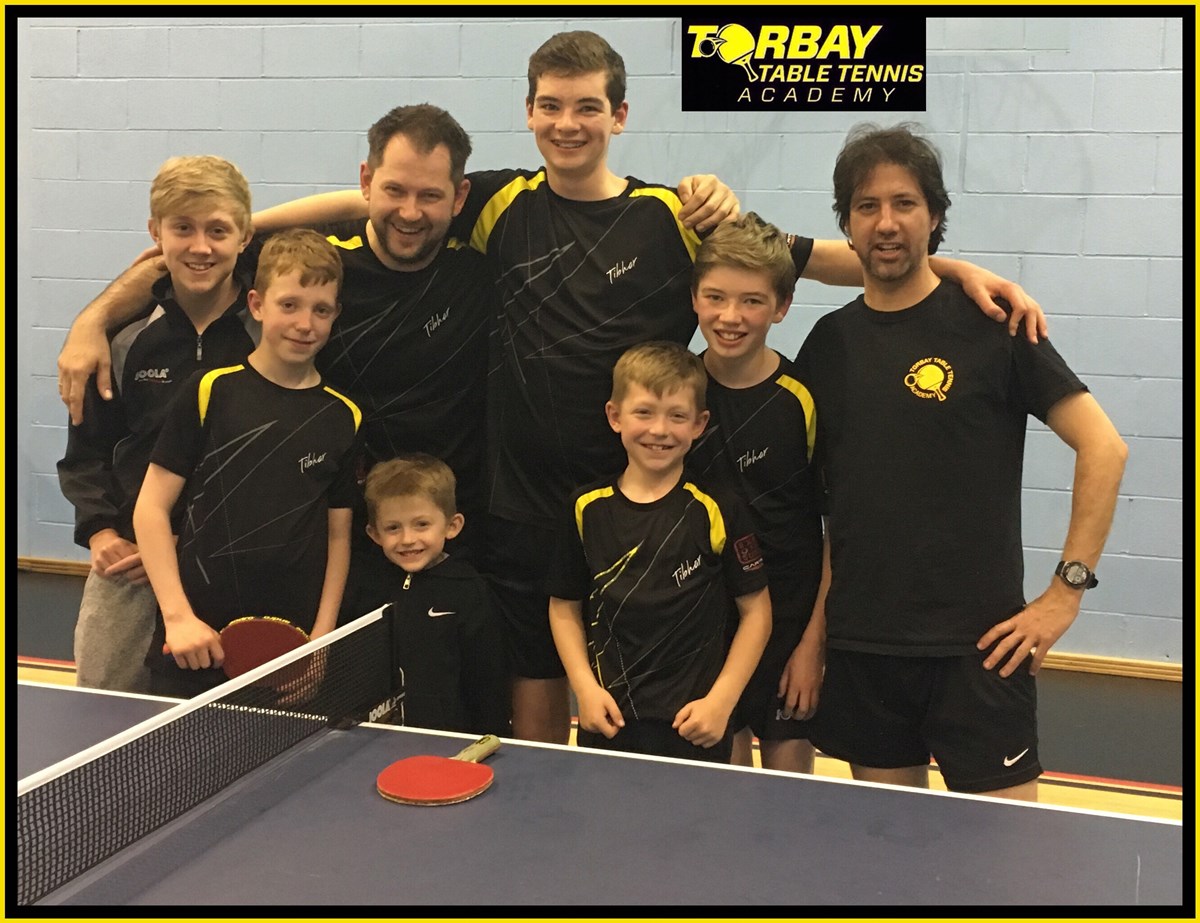