The Annual Early Season Table Tennis Tournament took place at the Torbay Leisure Centre on Sunday 20th November 2016.  It was an excellent day of table tennis as players of all abilities fought for the 4 titles up for grabs.  With the main event and the doubles being handicapped, everyone had a chance of glory. 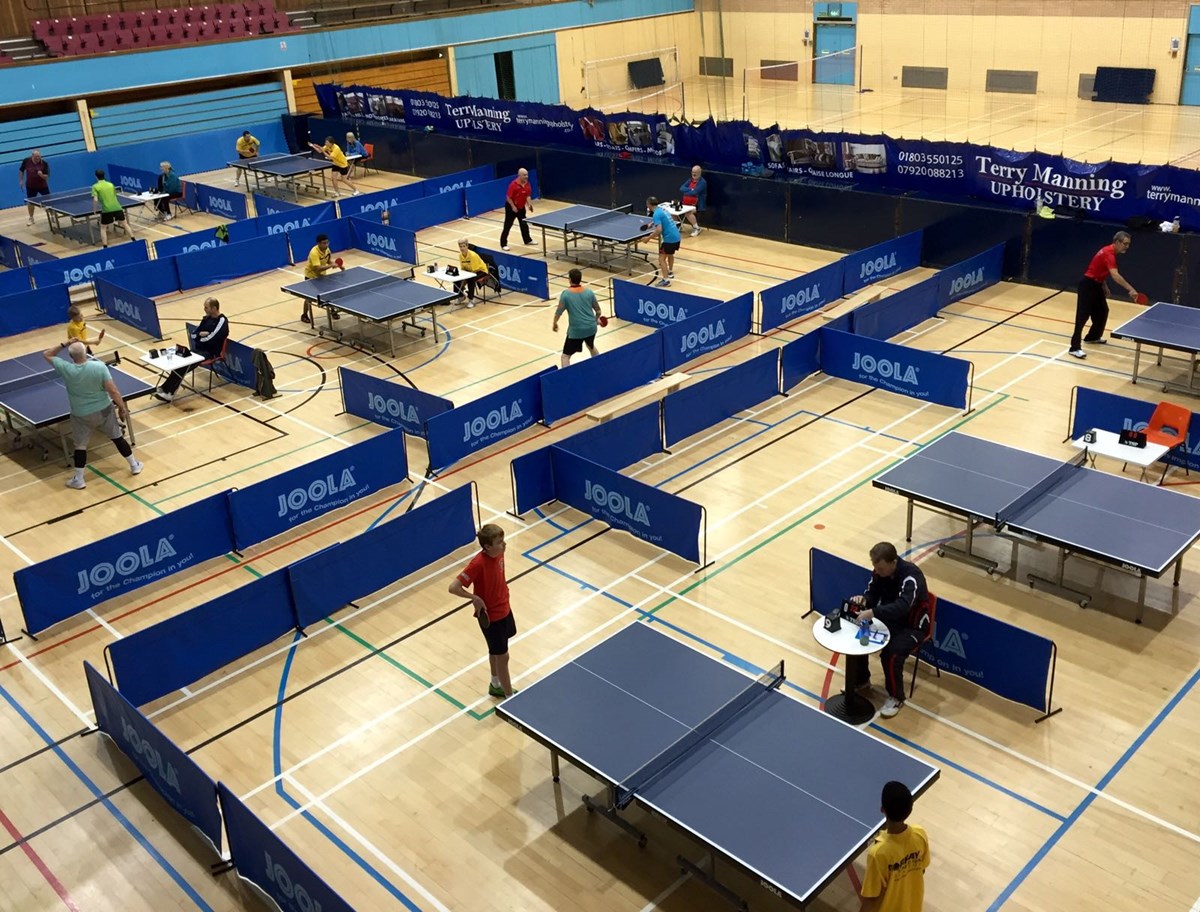 The Collins Handicap Singles Cup was the main event.  Group winners were Patrik Cincala, Clive Banham, Grzeg Wojtowicz, Lucas Bradshaw, Dale Fabian & Jakub Piwowar.  Jim McIvor, who came through his group as a runner-up, made it all the way to the final, beating Dale Fabian, Alan Maynard and Grzeg Wojtowicz and went on to meet his Group winner, 9 year old Jakub Piwowar in the final.  Jakub had beaten Geoff Beavington, Chris Dunn and Clive Banham to reach the final.  The reduced handicap had Jim Mcivor on -5, which always looked a bit too much of a start to give Jakub, who was hitting extremely well, and so it proved as Jakub won the final 11-7, 11-9, 11-3.  Jakub, at 9 years old, is the youngest person ever to lift the Collins Cup.

The Doubles event is handicapped as all players are ranked and the top player pairs with the bottom player, 2nd plays with one off the bottom etc.  This threw up some excellent pairings: Grzeg Wojtowicz with Kevin Salt and Kris Piwowar with Rob Ferguson just failed to make the final, which was played out between Patrik Cincala and Donna Ryan against Szymon Furgol and Jakub Piwowar.  Szymon & Jakub comfortably won 11-5, 11-7, 11-5. 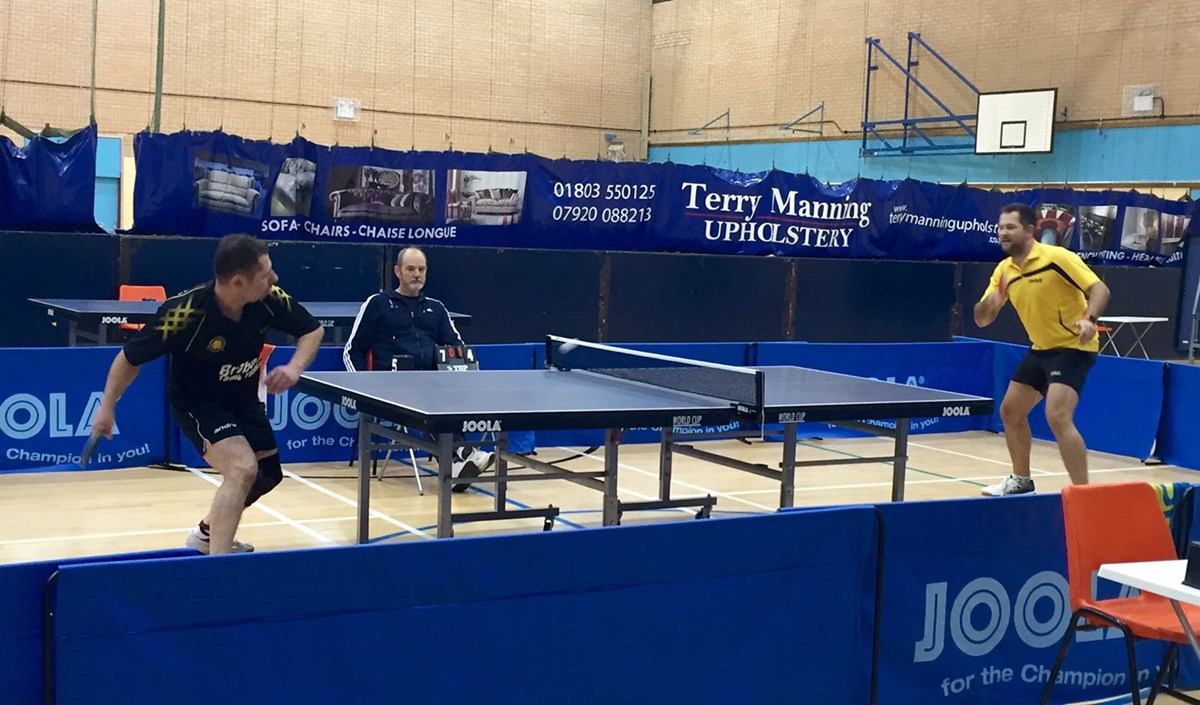 The fourth event, the Family Doubles, gave young Jakub Piwowar the chance to win a hat-trick of titles. With his dad by his side there was little doubt about the outcome, although they did drop a game to runners- up, Ben Hoare and Gareth Hale, winning 11-7, 10-12, 11-7, 11-7.

Well done to all the competitors who made it a very enjoyable day of table tennis, with thanks to Nick Halse for another extremely well-organised tournament. 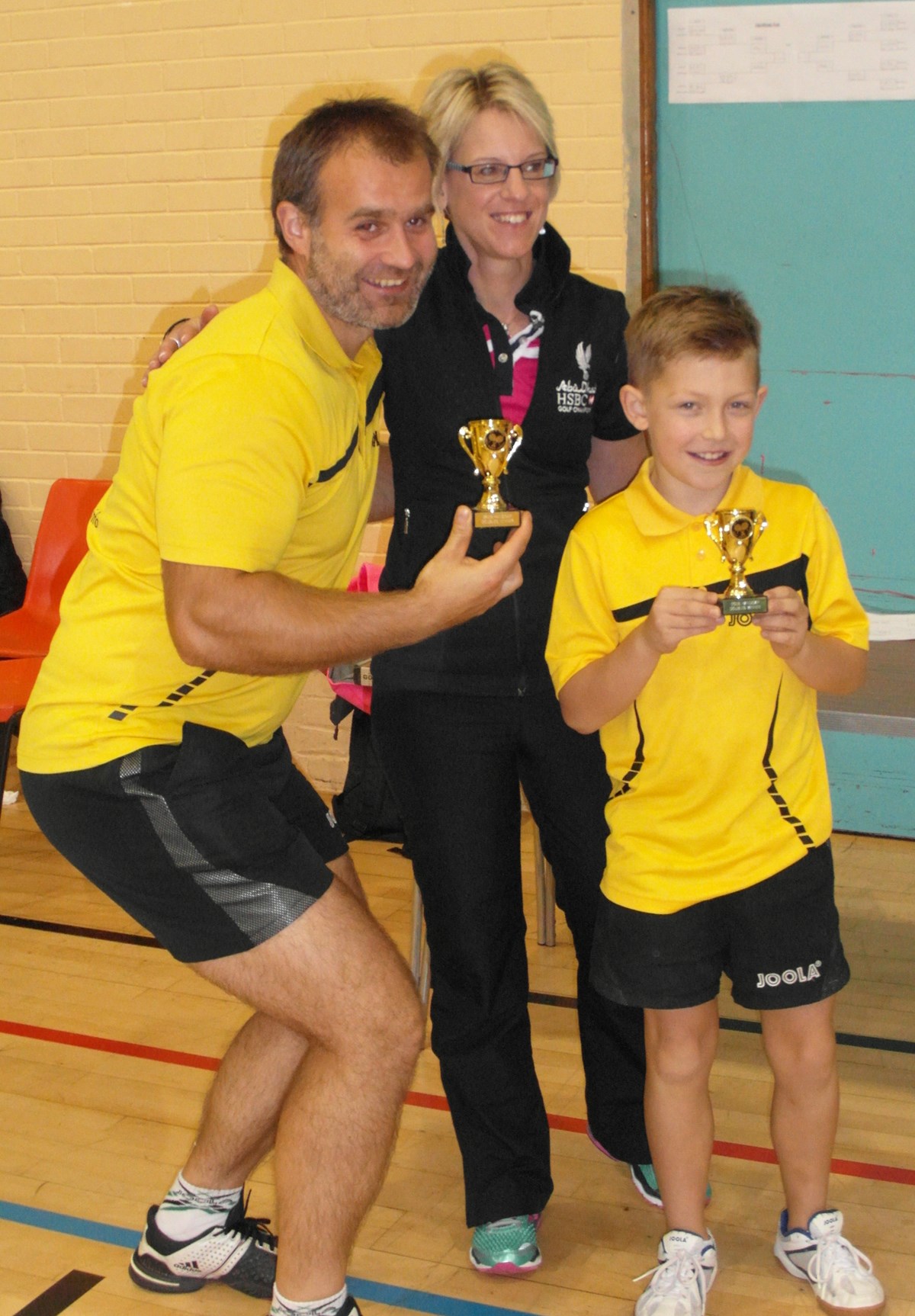 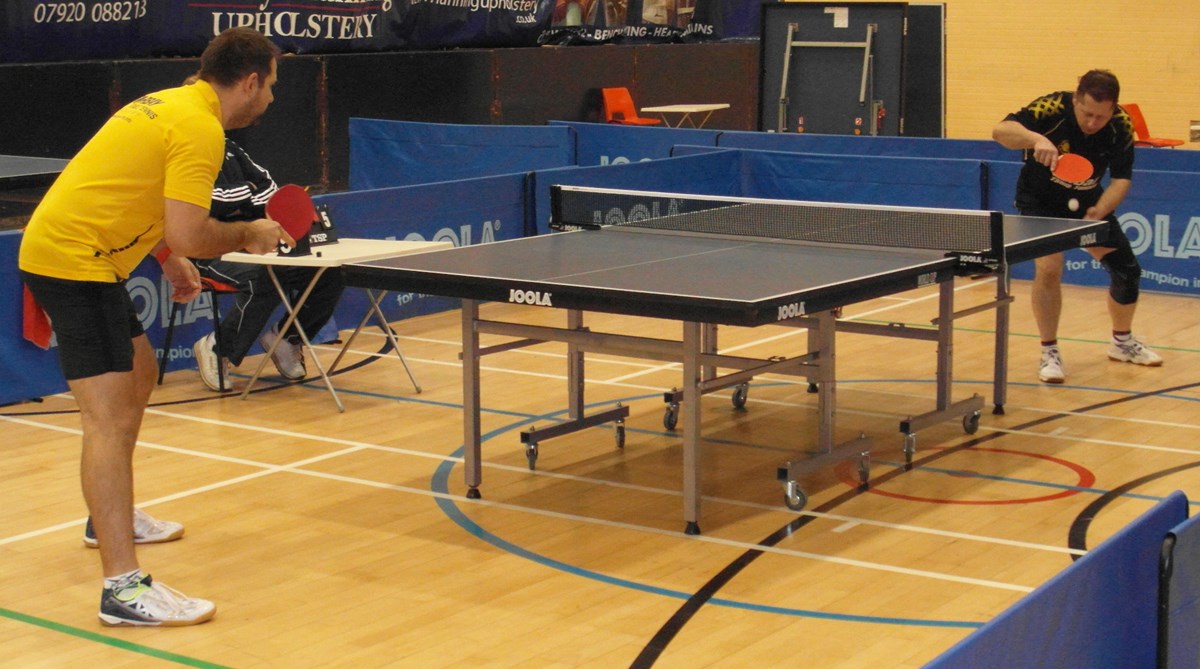 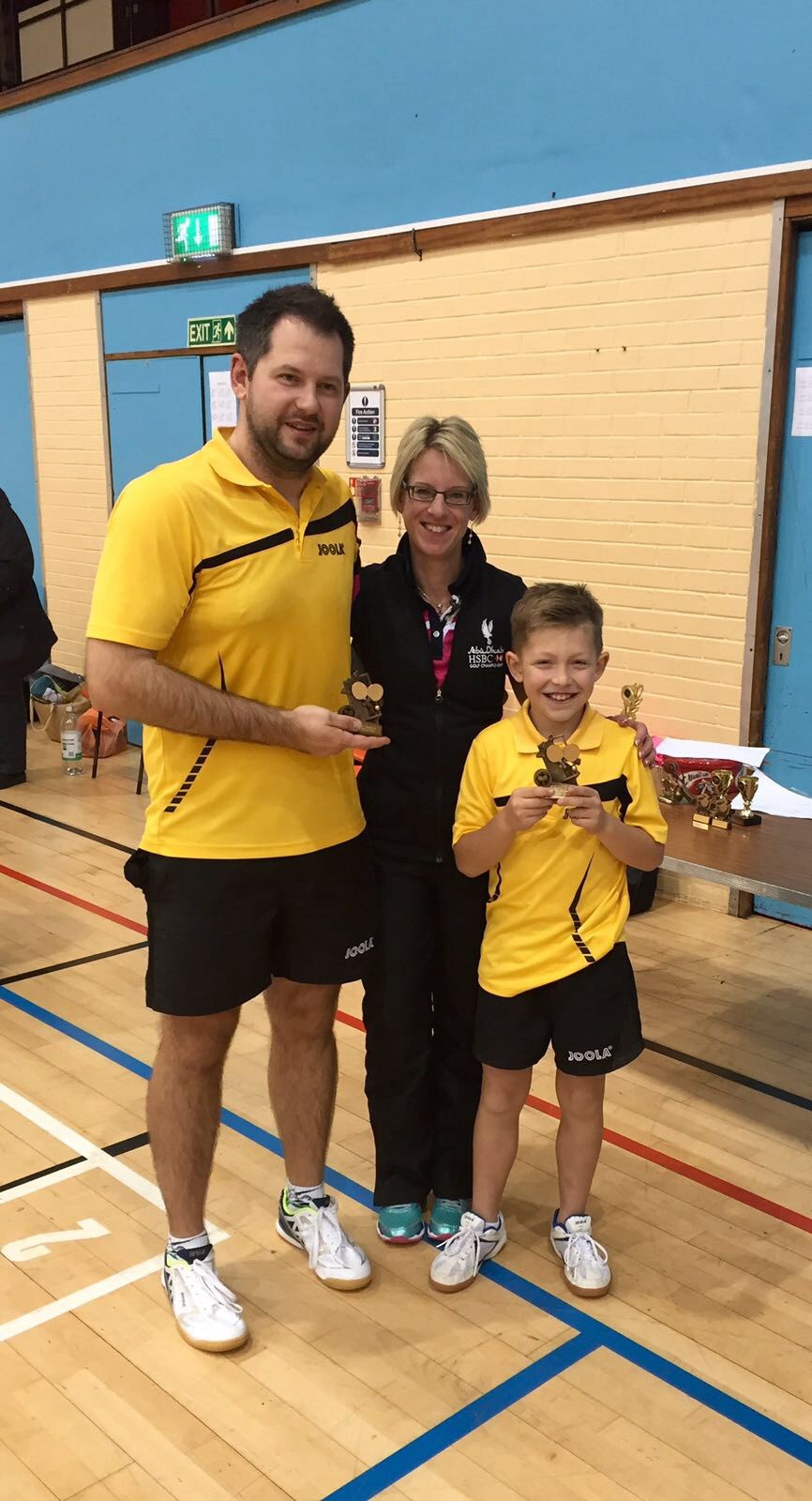 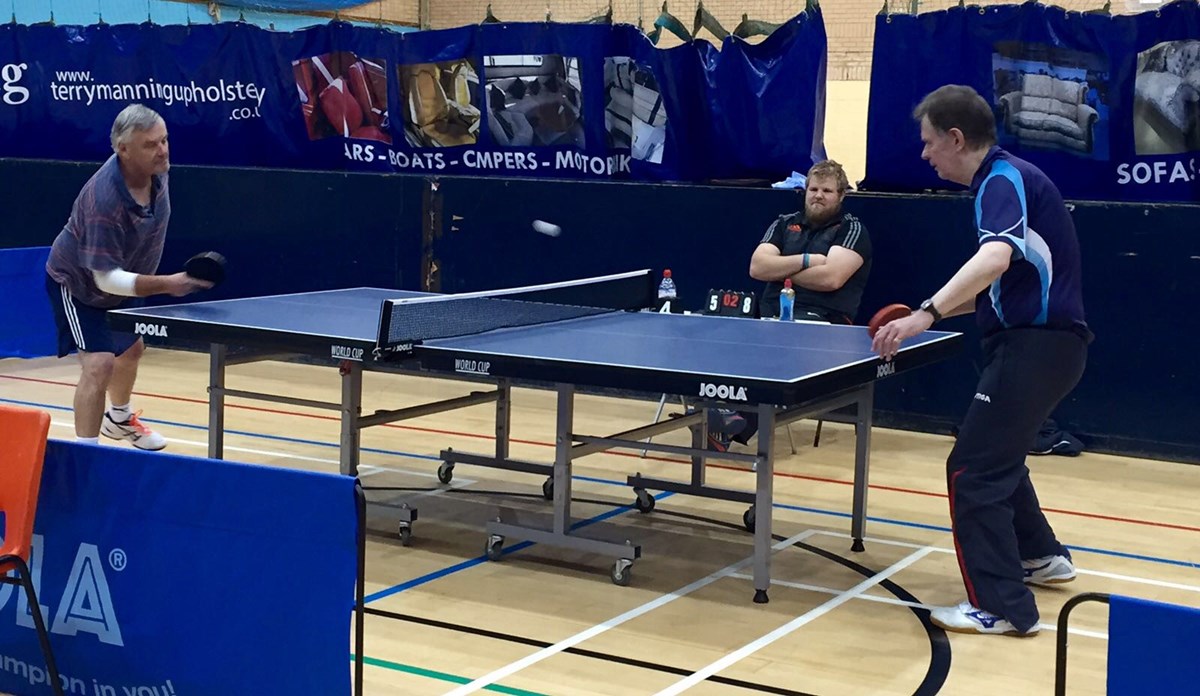 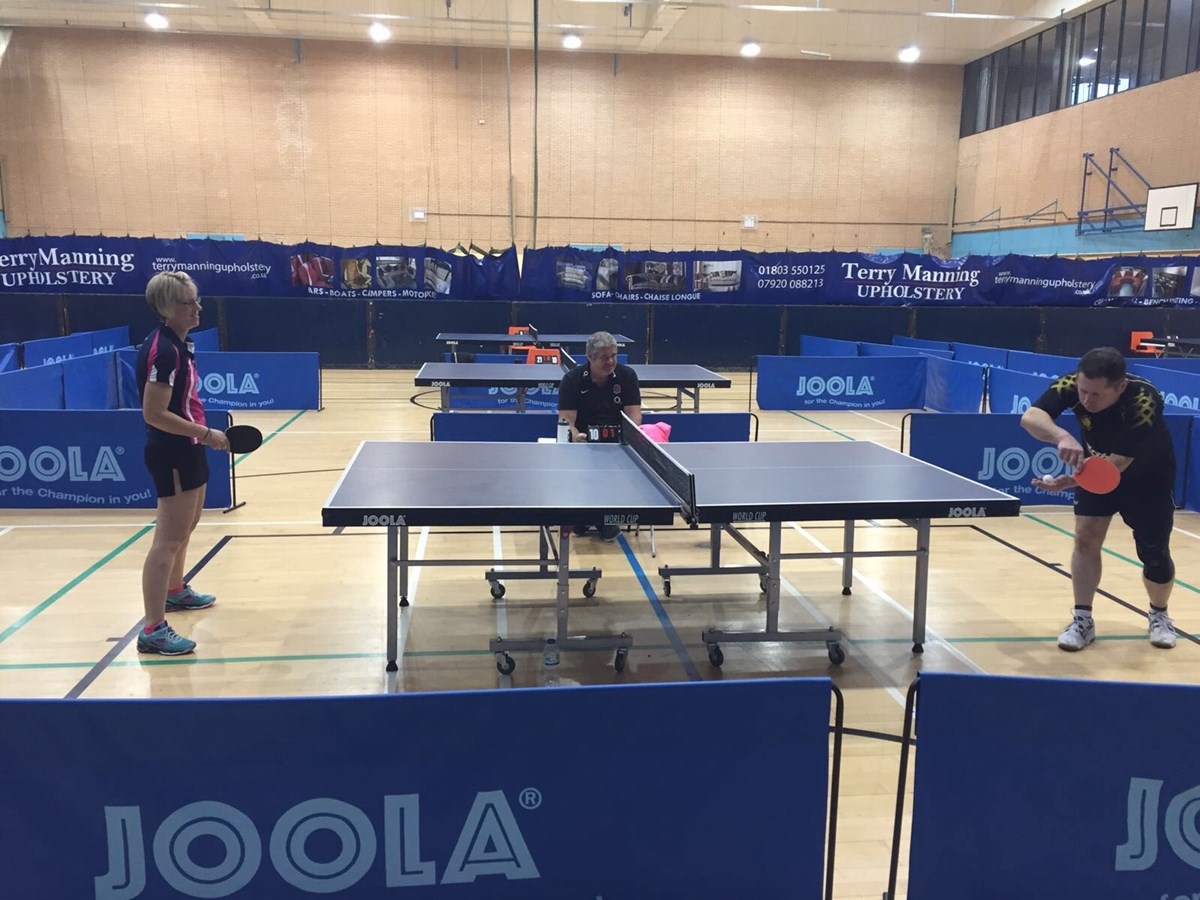 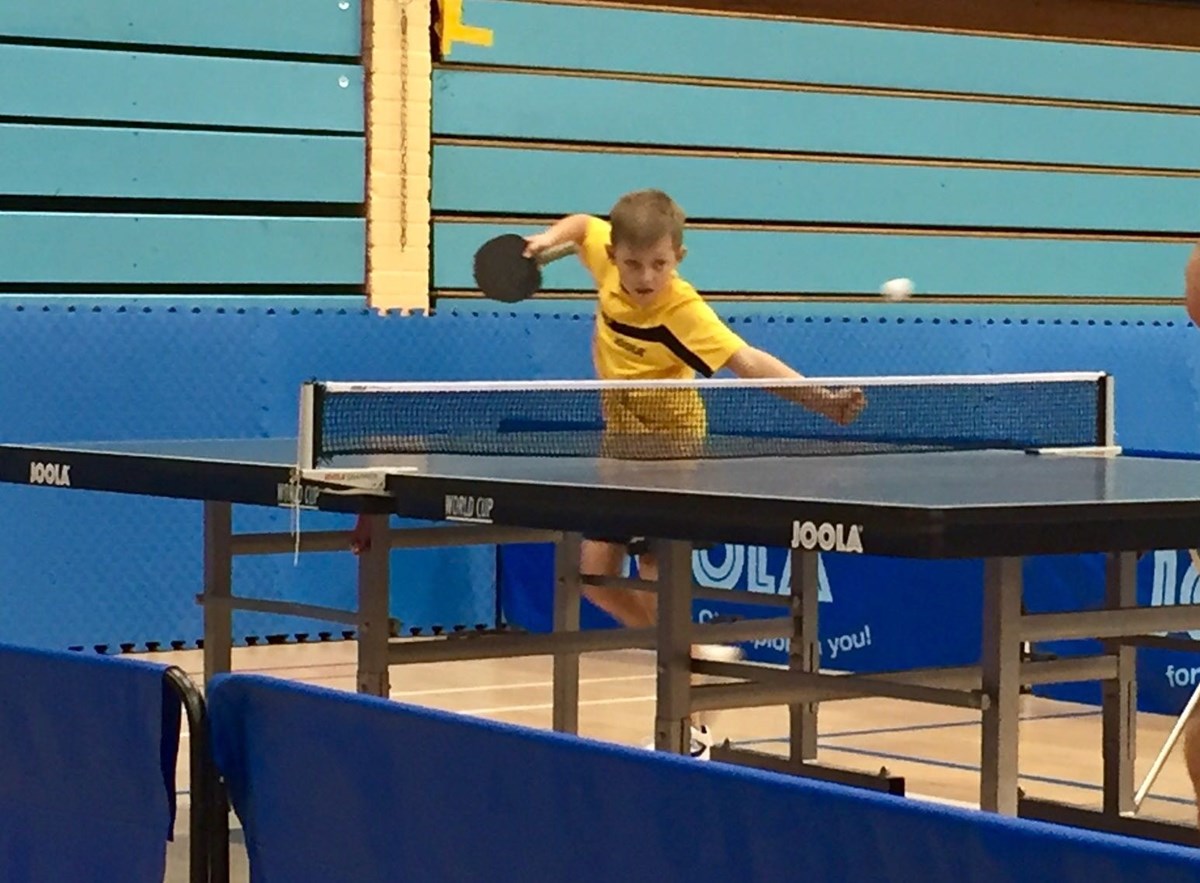 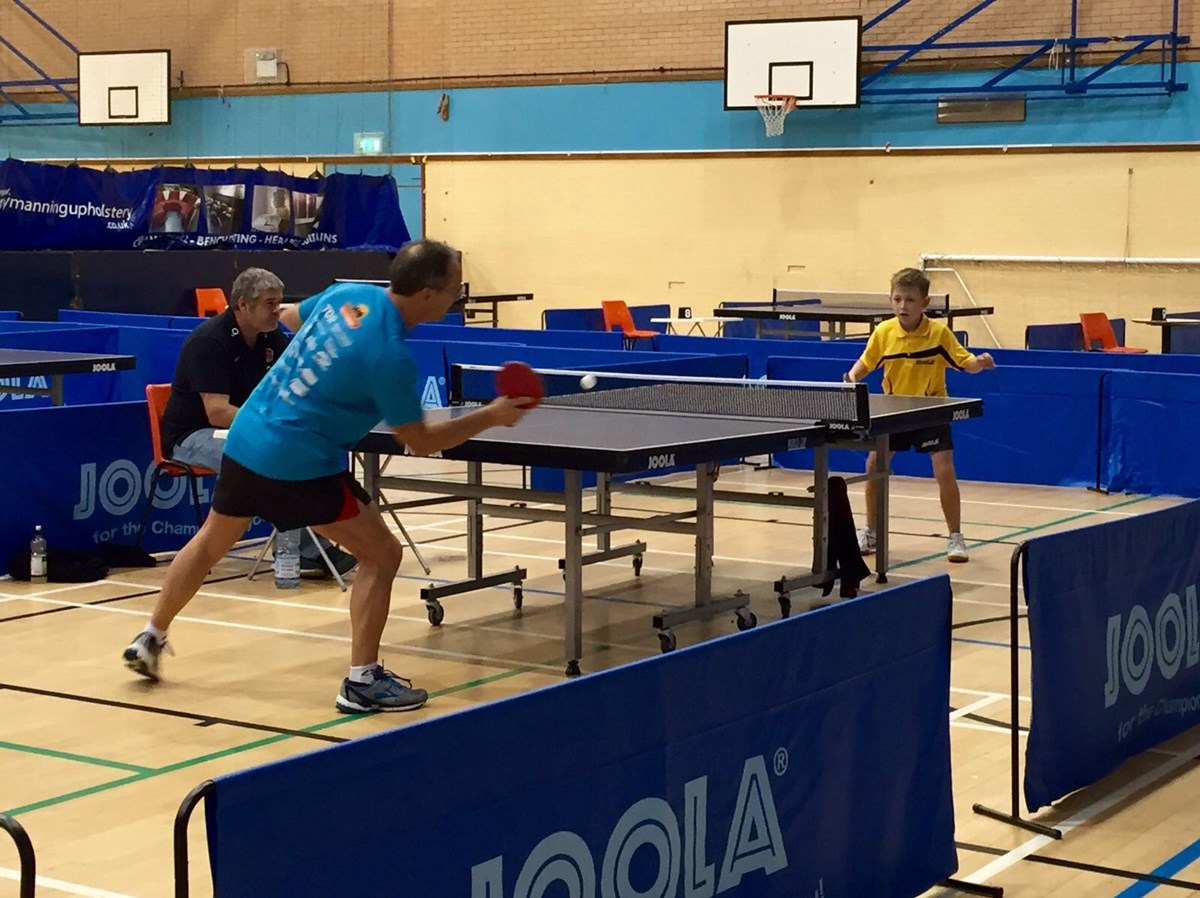