Torbay Academy I’s 8-2 victory, over clubmates Academy II, put them back to the top of Division 1. The Academy side of Kris Piwowar, Patrik Cincala, Daniel Barnet & Grzeg Wojtowicz have won all 13 of their games so far this season, but only lead Brixham Sharks by a point; the two play each other this week.

The Battlers, Keith Hawkins, Peter Nicholson & Ed Thompson, can win the Second Division this week with a good win over the bottom side Marldon Tykes. The Tykes, although bottom, did pick up their second win of the season, beating Brixham Swallows 6-4.

The Denbury Tykes team of Martin Dilkes, Steve Metcalfe, Pat and Huw Darch, will be confirmed as champions of Division 3 this coming week if they win against Brixham Panthers.  The Panthers, catching up with fixtures, had a draw against Hasbeens and a whitewash over club mates the Swifts, who are now destined for Division 4 next season.  Hasbeens, with a Richard Fitzgerald maximum, also drew with Dawlish Drifters.

The Fourth Division leaders Torbay Academy IV have completed their schedule of matches early and lead the Division by 20 points, their final match being an 8-2 win over NA Kestrels; Kevin Bastow picked up the two points for the Kestrels, Jerry Hollings had a maximum for the Academy side.  However NA Falcons will not give up the chase and came away from Torre Nadoes with an excellent 9-1 win and have three matches remaining to haul in the 20 points 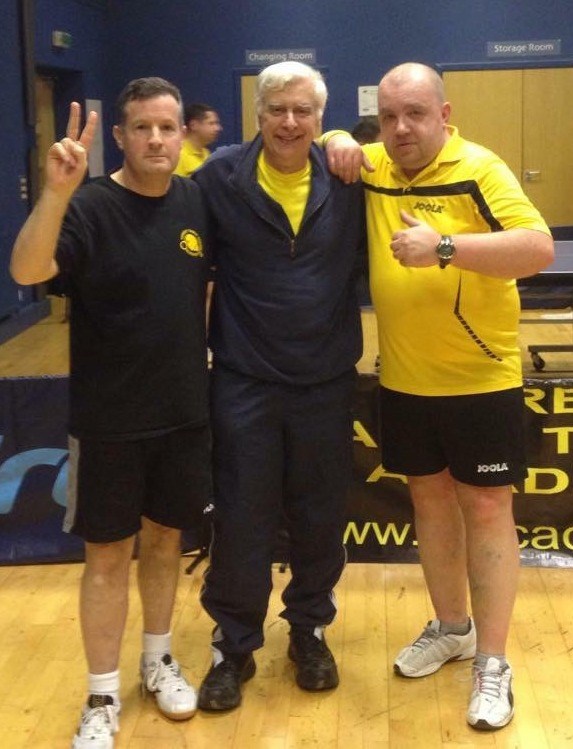