RDTTA members will be saddened to hear of the sudden and unexpected death of Jim Stokes (senior) on Thursday 3rd January 2019 at the age of 73.  It is believed he had a heart attack.

Jim played and coached in Reading for many years from 1969 until the mid-1990s for Kingfisher, Gillette, MOSS and most recently for the Curzon Club, before moving to Preston.

He also served on the RDTTA Committee in various positions from 1978-1991.

Our thoughts are with Gwen and the rest of his family. 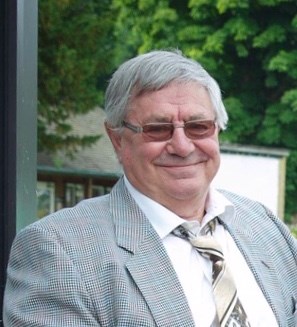 My friend Jim:
Jean and I moved into the house next-door to Jim and Gwen Stokes, in Woodley,  in November 1969.  Jim had his own plumbing and central heating business, most of it being undertaken - at that time - in London.  Our friendship really started the following Easter, when Jim told me that he had been a keen youth club table tennis player.  We went down to my office, in Queens Road, and after an evening swatting the little white ball, finished up in ‘The Lyndhurst’ where Jim was amazed to discover that civil servants enjoyed a pint!  Jim really caught the table tennis bug and got very friendly with Simon Heaps: Jim’s perseverance and will to win became more evident, especially when he switched to anti-loop rubber.  Jim won the Berkshire Closed and was runner-up in the Reading Closed singles, losing to his twelve year old son (also Jim) who had started playing on his eighth birthday and supplanted Simon Heaps as youngest winner.  When accused of letting Jimmy win big Jim pointed out that he had given his all and had sweated off several pounds in a truly hard-fought match.

There are many players in the Reading area who owe their proficiency in table tennis to Jim Stokes.  He was a brilliant coach, making his charges work their socks off but always with a sense of humour.  He had his hairy moments: on a family holiday in the Pyrenees the brakes on his Rover failed going down the mountainside and the family were only saved when he managed to stop the car on a cattle track.  This was on the way home: the family also survived a rockfall on the Spanish border when they had taken refuge from a mighty thunderstorm.  A holiday to remember.

Jim was also instrumental in the foundation of the Kingfisher Club, using his plumbing skills to good effect.  Jim always put his money where his mouth was.  He and Gwen eventually moved up to the Preston area, where they were closer to their children and grandchildren.  He has not been at his physical best for some time, suffering from gout and various other ailments.  They paid regular visits to Berkshire to see family.  He was good company and enjoyed his wine.  We never lost touch, and my heart goes out to Gwen and all the family.

Jim, we will all miss you.  It was a privilege to be your friend.  Local table tennis owes you a lot.  You will not be forgotten.  Sleep well, old friend.

The funeral will be held on Monday 28th January 2019 from 11:30 am at Preston Crematorium, Longridge Road, Preston PR2 5BY.  The family have requested no flowers.

Any donations should be to the British Heart Foundation.

For anyone thinking of staying over, there is an Ibis hotel next-door to the Cricket Club.

We have 11 Clubs with 40 teams playing in 4 senior divisions, with around 200 playing members in total.

If you live in the Reading area and would like to take up or return to the sport, why not get in contact and join a Club near you?