Table Tennis England this week issued another Club Volunteer of the Year award. Alan Hedley of Cramlington Table Tennis Club was presented this honour by club Treasurer Aubrey Drapkin. Alan’s implacable positive attitude and relentless hard work with young people and less young people alike is seen and appreciated on a weekly basis by the players in the Northumbria Table Tennis League.

The highlight of the Premier division this week was the clash between annual rivals Cramlington Casuals and NESLC Eagles. Andrew Wilkinson won his 3 as usual for the Casuals and Peter Smallcombe beat Paul Baines and Richard Wilson. Jim Stamas played well for the Eagles to beat Smallcombe and Steve Penman, Baines chipped in with another by beating Penman then Richard Wilson and Stamas combined to take the doubles leading to a narrow 6-4 home victory for the Casuals. Cramlington Stingers were again unable to field 3 of their own players against Riding Mill, borrowing Gareth Pearson from the Tigers and Paul Jamieson from the Reivers. Stingers’ Kevin Wilson won his 3 and Paul Jamieson beat Peter Stempczyk to help save a draw.

Mitford B are 3 points top of the division 1 table with a game in hand over second placed Riding Mill B. This week they faced NECA B and won 8-2, Bob Atwell and Karen Henry both picking up 3 wins. Riding Mill on the other hand could only field 2 players which caused them difficulties as they lost 8-2 away to Matfen Centurions, Robert Neil Forsyth taking a well-deserved Player of the Match award for them.Along with playing for the Centurions and getting 2 wins, Alex Holliday also played for Matfen’s Senators in division 2 this week where he won all 3 and Player of the Match in a 6-4 win against club-mates Matfen Tribunes. 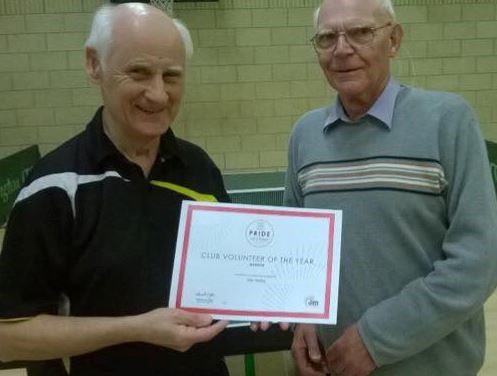