Plus an extra 2 bonus points for each divisional winner of the first round of matches in the evening.  Div 1 -  Andrew Davies, Div 2 - Rowan Bayliss, Div 3 - Donna Ryan, Div 4 - Ann Morris, Div 5 Kevin Payne

What a great final night for our Summer Singles competition which has been running alternate weeks over the last 10 weeks.  The tournament has seen 30 different players take part, coming from several different clubs, but all of whom practice regularly at Teign School. The five sessions have produced 5 different winners, the latest being Rob Bayliss.

The race for the overall winner, and the recipient of the Albany Florists Cup, kindly donated by Sonja Ryland, was young Rowan Bayliss who had accumulated 136 points over the 5 sessions; he just squeezed past Richard Salt, runner up with 135 points, on the final session.

A very competitive final session saw Eve James pick up the Division Five trophy, whilst Benj Pead claimed the runner-up medal.  Kevin Payne had a great evening picking up the trophy for Division Four, Marc Winstanley was the runner-up. Josh Redfern, our Saturday morning champion, won all his matches on the way to winning Division Three, Ann Morris with the runner-up medal. Derek Stratton was back to form, I believe with his old bat, to take the Second Division trophy, with Donna Ryan finishing runner-up.

An inspired Rob Bayliss beat both his sons and Andrew Davies to take the First Division title, Dylan Bayliss was the runner-up.

Awards of club shirts were made to Marc Winstanley & David Olver for appearing in all rounds (including Saturday mornings, 9 in total). Club shirts were also awarded to Ollie Pead & Debi Curl.

A very successful event which will become a regular early summer tournament.  Many thanks to everyone who took part and especially to Sonja for helping throughout and providing the impressive Albany Florists Cup. 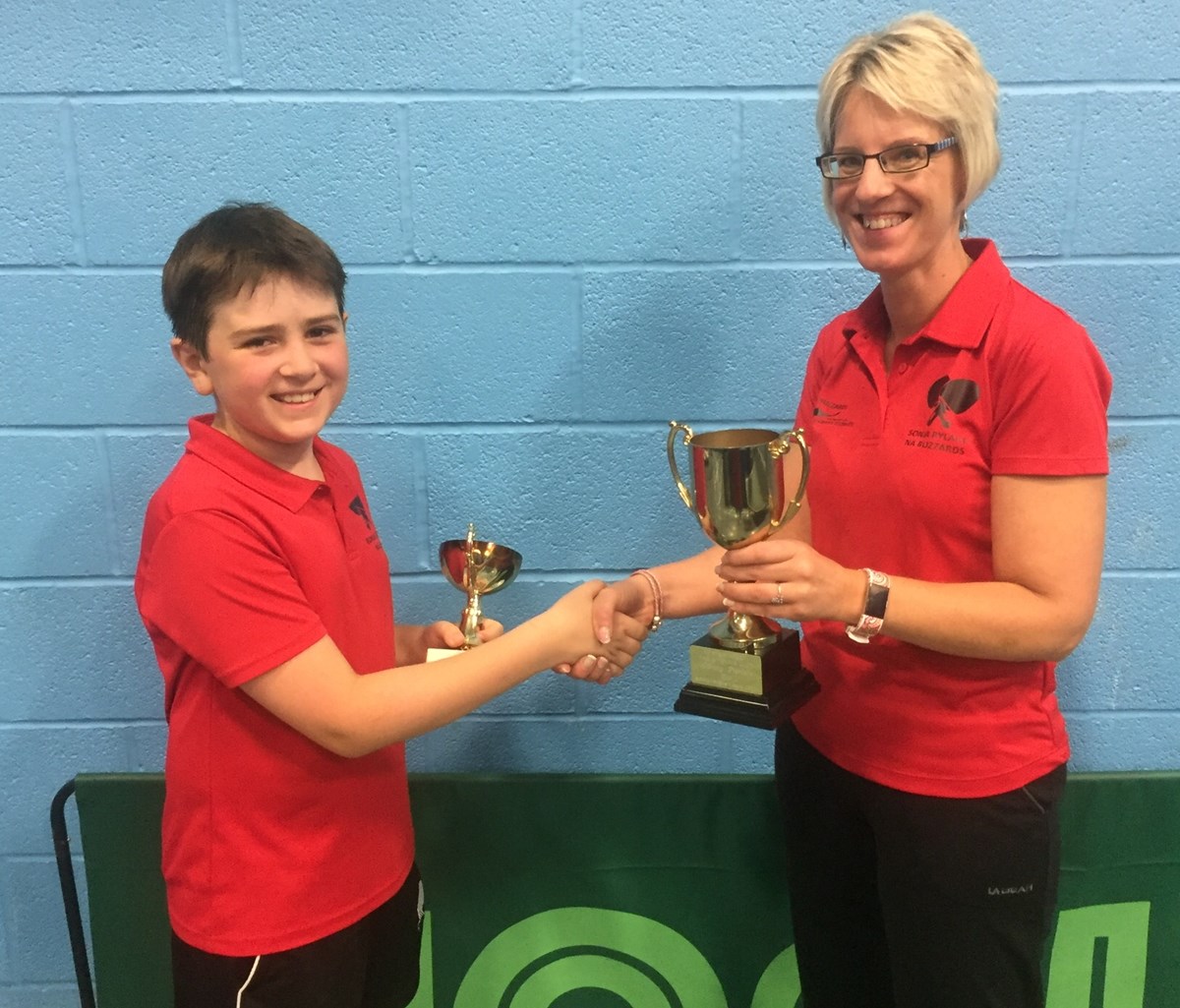 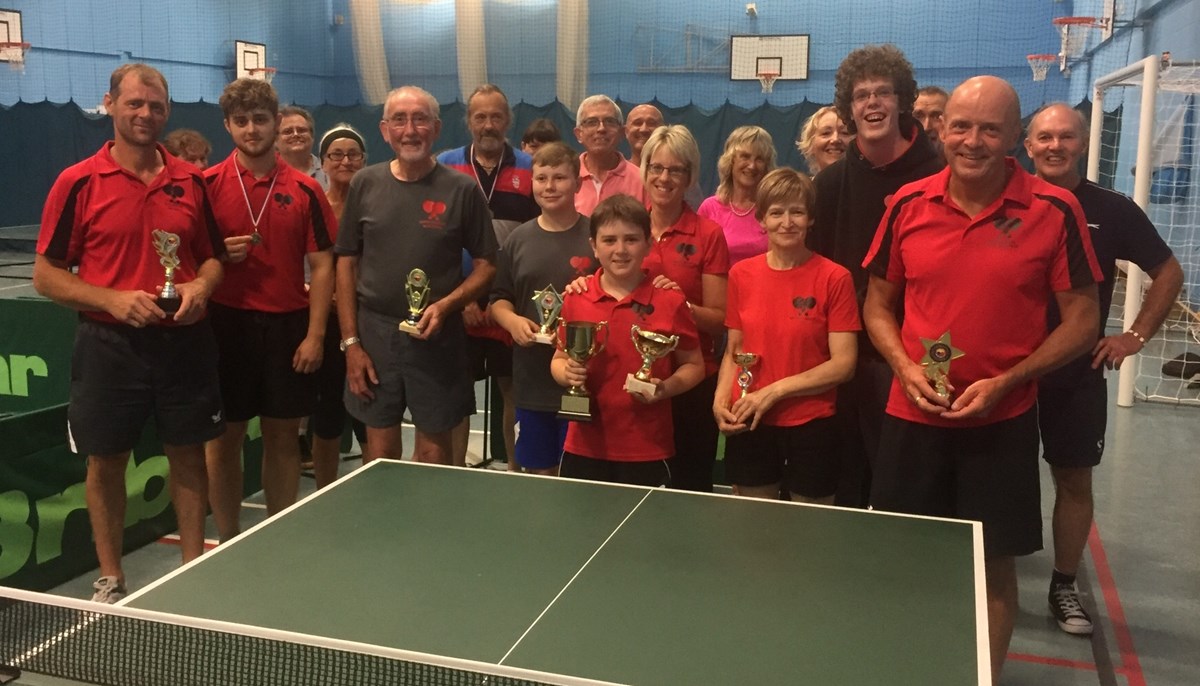 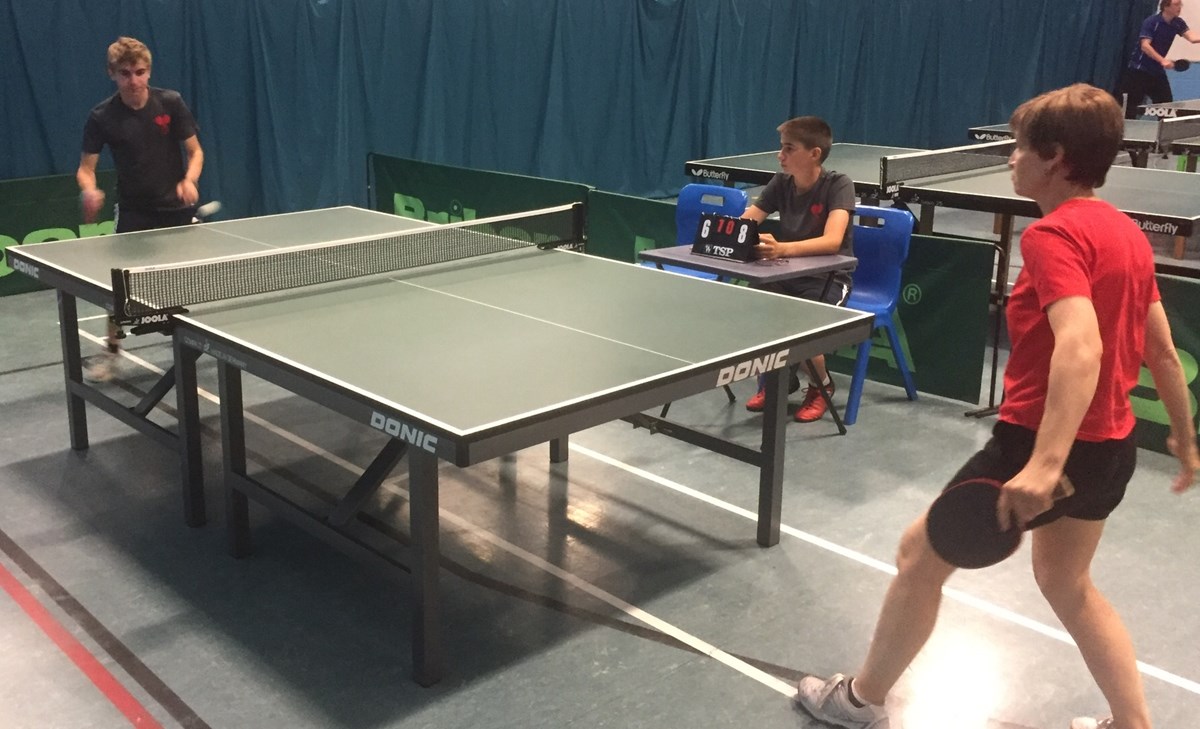 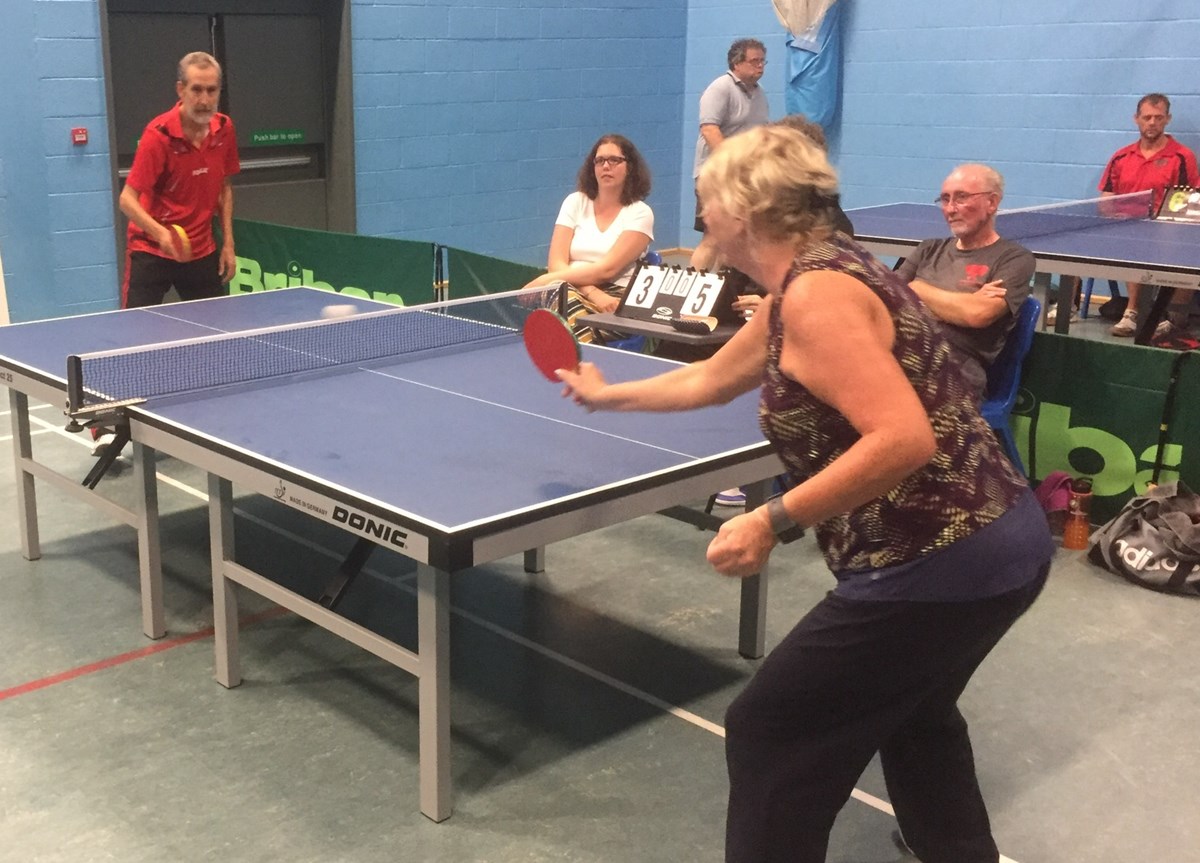 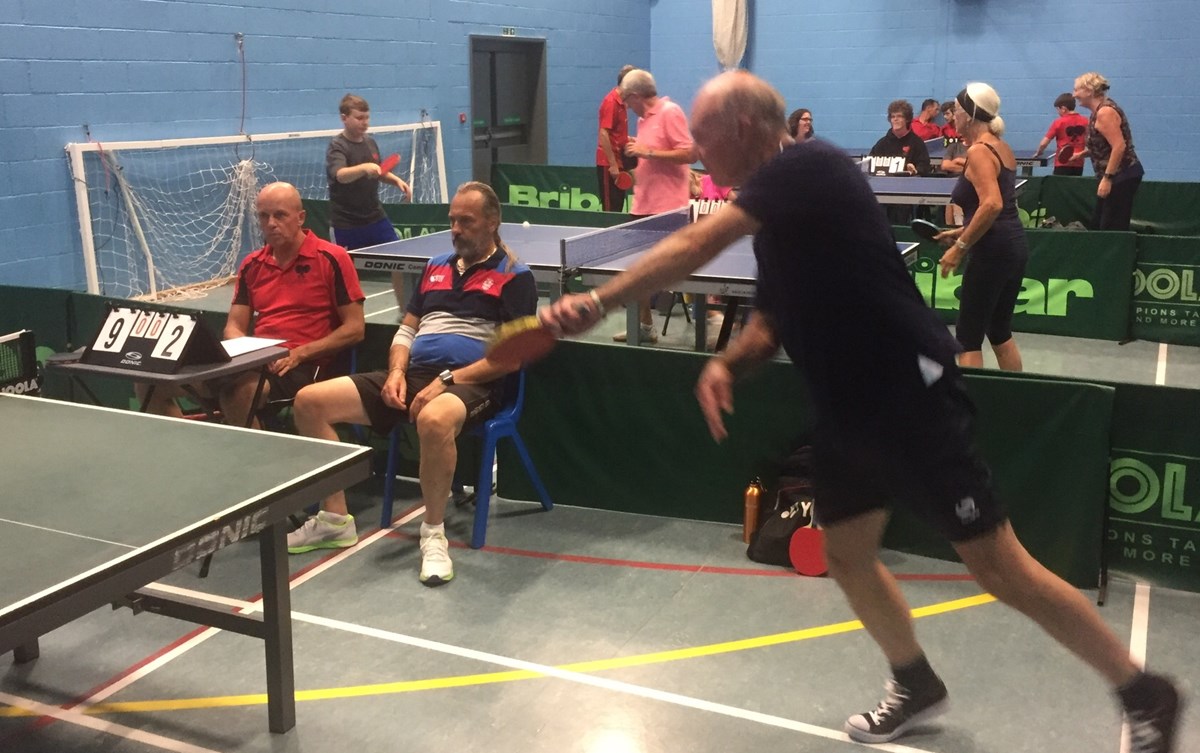 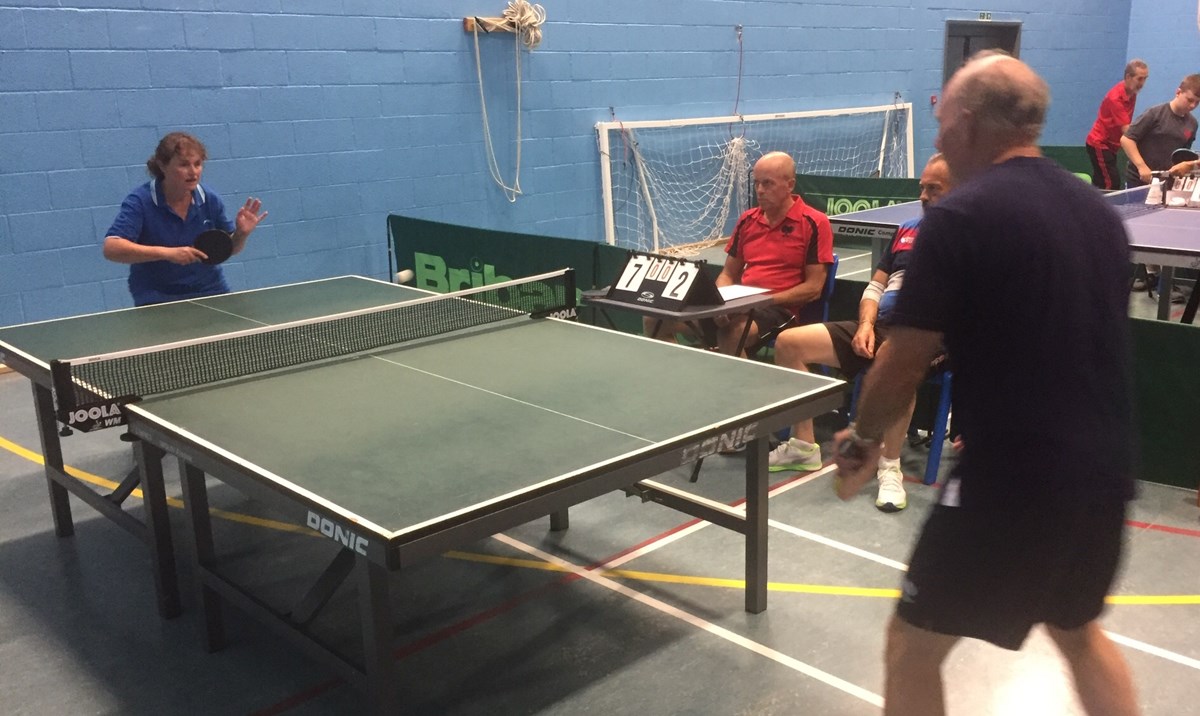 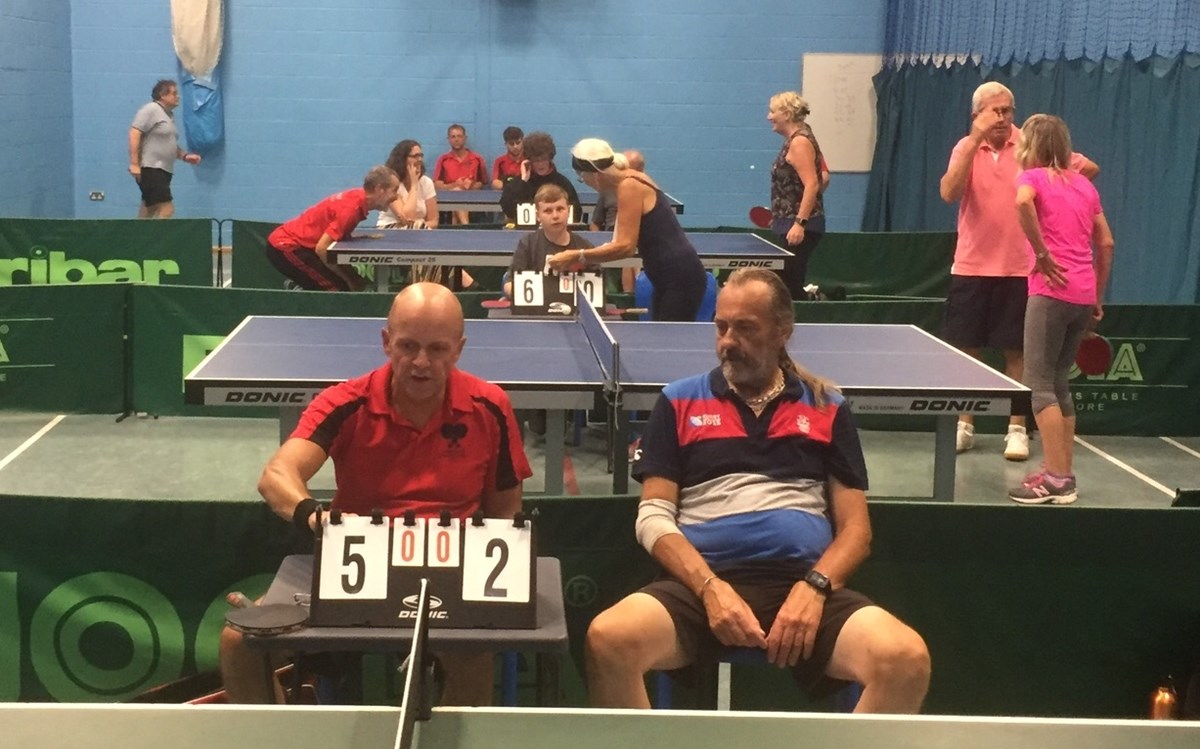