With the League season approaching fast, great numbers at all our sessions recently with 17 tables on the go last Friday!

We have 12 teams entered in the South Devon & Torbay League for the coming season.  More teams from Newton Abbot and more divisions in the league, as we now have 5 divisions.

In the first division the club’s top side for the last couple of seasons, Batmen, remain unchanged with Dennis Gibbs again at the helm hoping to push Torbay Academy 1 for that top spot.  The Buzzards have added top youngster Herbie Sage to their ranks which will improve their chances. A new team, the Condors, led by last year’s top man in the second division Giles Tushingham, have recruited well, as Yannick joins his dad alongside another father-and-son pair Tim & Mark Burridge. One of the country’s leading cadet girls, Lauren Loosemore, is also on board.

Our two teams in the second division will be expecting to go well, but will face stiff competition from Brixham, and Torbay Academy. The Eagles have gained last year’s successful Falcon, Ed Crawford, and will be expecting to improve on last season’s 4th place.  Jeremy Broad retains the Falcons name, but no other players from last time out. A pair of Mikes, Davis & Kavanagh, a fit-again Chris Baron, and joining the club from Hertfordshire, Fred Burdett make up the Falcons this season.

The Hawks, with Doug Morgan leading, has support again from David Doxsey and Ben Swettenham and they are joined by Pete Sercombe and Matt Cyron who excelled in the fourth division last season; they will hopefully challenge towards the top of the third division. Dale Fabian’s Kestrels have added Cranbrook’s Mitch Bellham to their ranks and will be hoping to improve on last year’s fourth place

The fourth division will see our Kites and Owls hoping to challenge towards the top as they have their first experience out of the lowest division. The Kites, again led by Lewis Short (helped by Mark), have recruited exciting youngster Josh Redfern for his first taste of League TT. The ever-improving Owls (Bayliss family) should be able to make their mark in the fourth division. 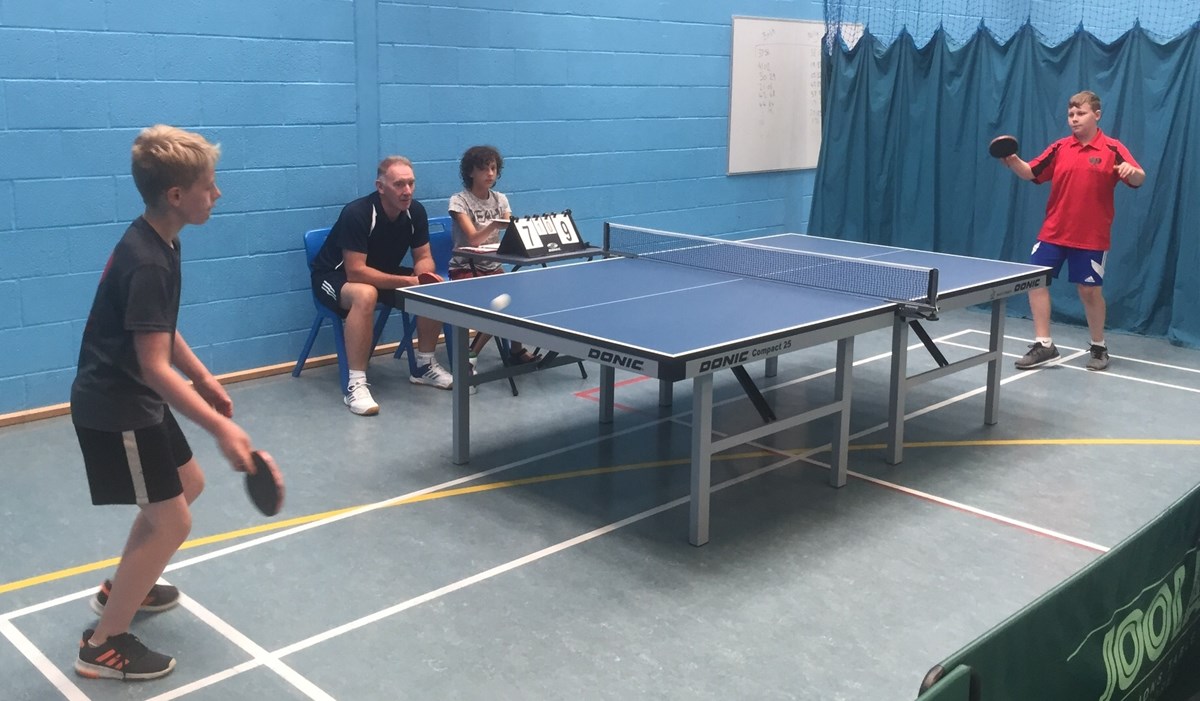 The fifth division, with a few exceptions, should be mainly beginners, which will give an opportunity for our new players to bed in, hopefully with a few wins. The Ospreys, with Rob Ferguson in charge, are joined by promising youngster Henry Greet. Andy Guy’s Vultures are still recruiting: Kevin Payne and David Full are signed up as is Mike Halse, but there is still an opportunity for another player or two. Finally, a new team, the Merlins, made up of Saturday morning regulars, David Olver, Marc Winstanley and Chris Bishop, who are joined by the experienced Eve James.

So a big welcome to all our new players and I wish you, along with the rest of our gang, an enjoyable & successful season ahead.

For those social players, beginners and those who don’t want to play in the league, there will still be plenty of tables available for you on a Friday night and of course the Saturday morning session will also be available for you too.  There should also be coaching opportunities as well as space for league players to practice and improve!
Author: Tony Halse via Newton Abbot Table Tennis Club
Article Published: Tuesday 28th August 2018
Last Updated: Tuesday 25th September 2018