With little signs of resistance from Peel apart from just three sets won by Miltos Proxatakis and Ale Ramirez, this was a comfortable whitewash by the Desmonds Douglas team of Peter Russell, Neil Ronan and Richard Hill, the doubles pair were Ronan and Russell.

A fair result from two equally matched teams trading blows. There were two fifth set and three fourth set deciders which were closely fought sets with some tie-breaks. Pat Halliwell won two games for Copy Shop, Daniel Levine and Jake Saulnier won one game each and Levine with Mike Levine paired up for the doubles win. For Ramsey, Ryan Holland dug in and secured a hard fought hat-trick and Henry De Silva won two games for their five points and the draw.

For all of the latest results and league positions, visit  www.tabletennis365.com/IOM
To find out how to get involved visit  www.facebook.com/TableTennisIOM 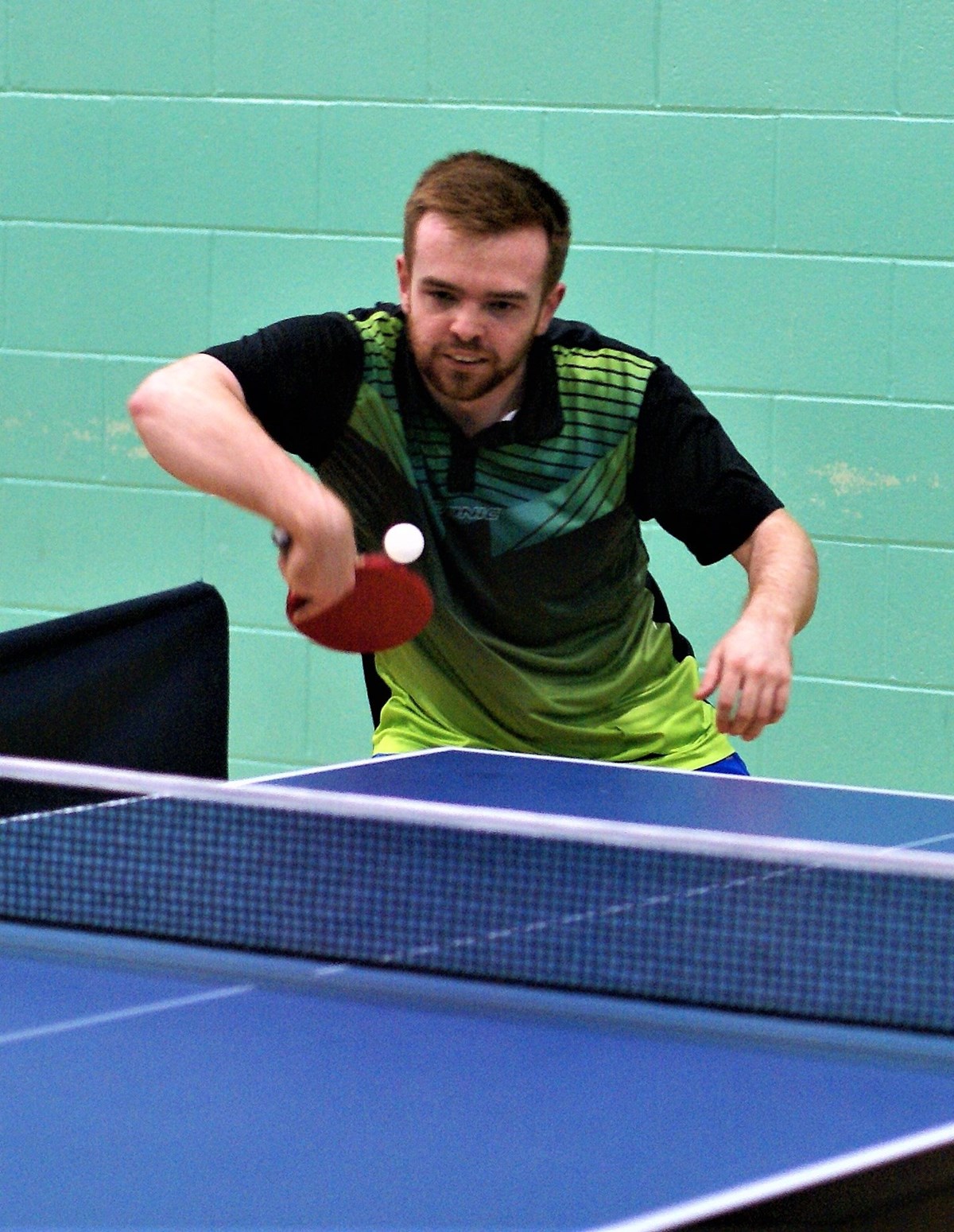 Chris Holmes hat-trick helped Ramsey C overcome their B team 5-4 in their Division One derby match.