In the DLP Adapted Bathrooms sponsored league table topping Tower B had a rest week but Peel A only halved the eight point gap as they were defeated by third-placed Travellers B.

Just 13 points separate the next four teams so some close games were expected. True to form three matches were drawn and the only white-wash was a walk over for fourth-placed Surestrike Ramsey B who seemed to have frightened off their opposition.

Second-placed Peel A needed an emphatic win if they were going to catch the top team but Travellers B had other ideas. A Tommy Cowin hat-trick in straight sets for Travellers was built upon by Juan Moore who added two more points. It could have been three but he was edged out by Malc Lewis 11/7, 9/11, 6/11, 11/6, 9/11. Colin Barron was narrowly defeated by Lewis, Mattie Evans and Andy McLarney which meant that Peel had reduced the deficit to Tower B to four points. 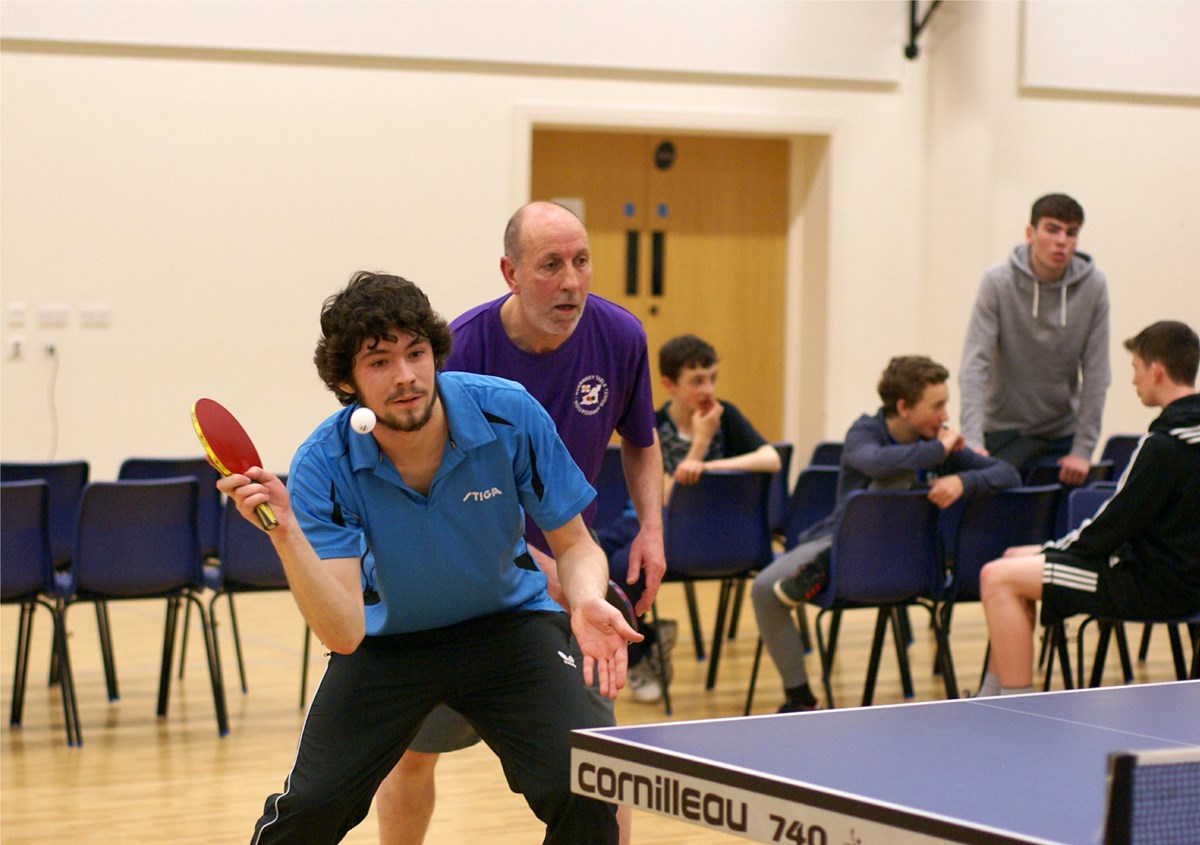 Evans and Lewis were hoping make it one less after winning the first two sets in the doubles. 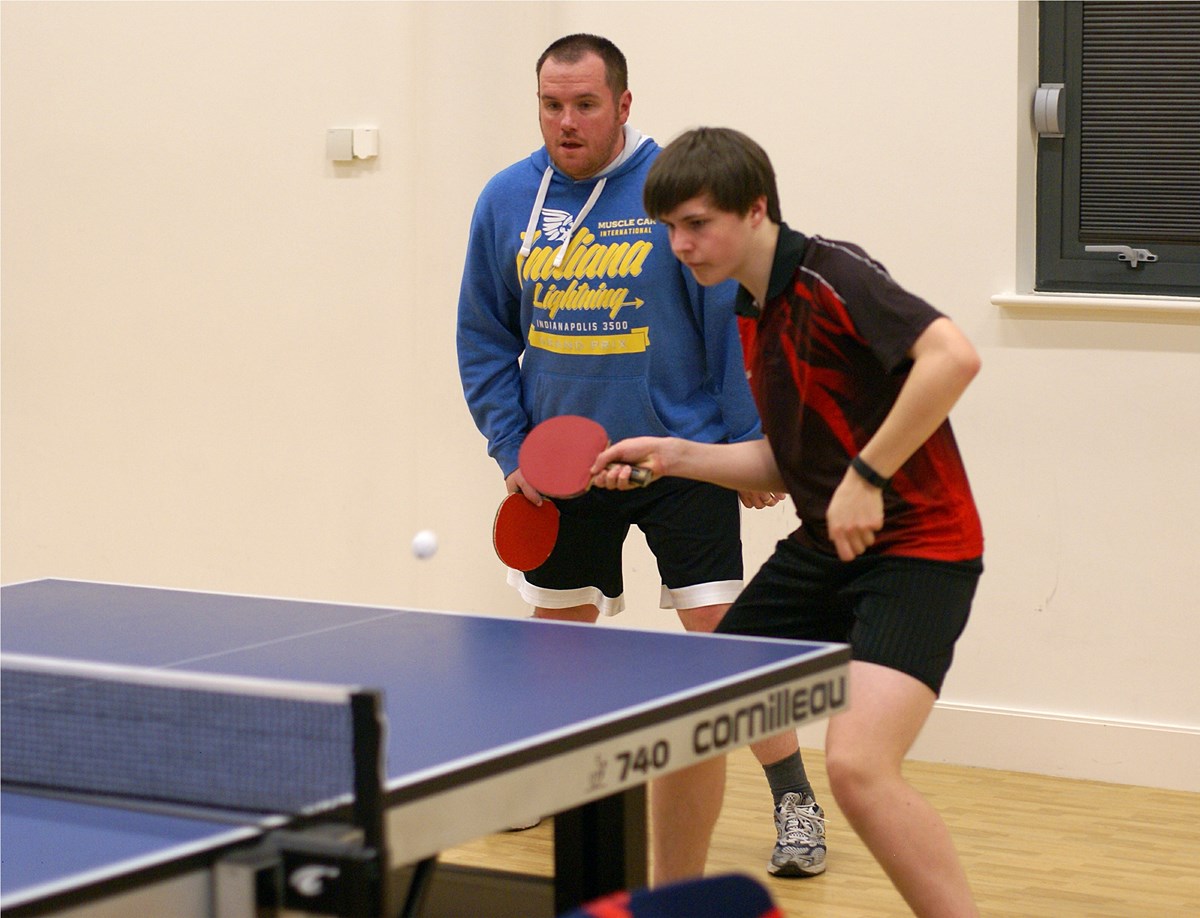 However, Cowin and Moore dug in to win the match 11/8 in the final frame. 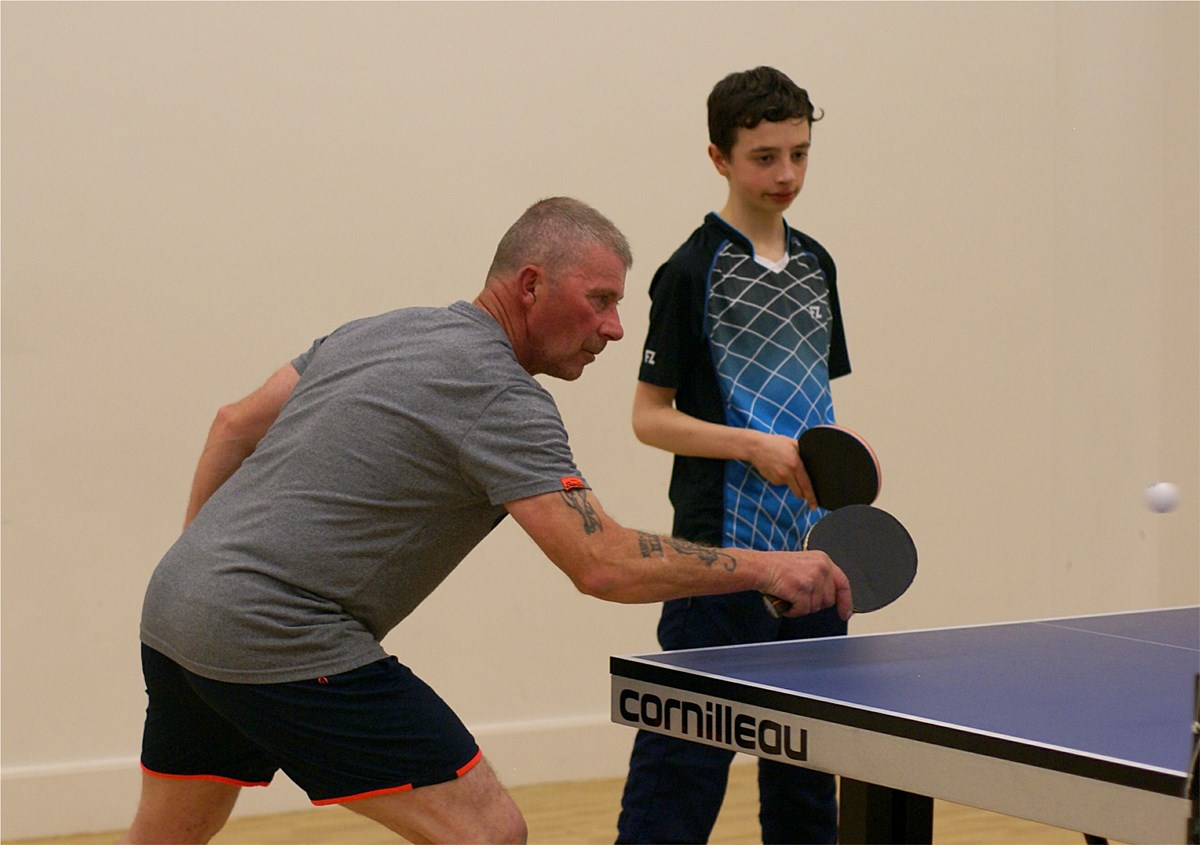 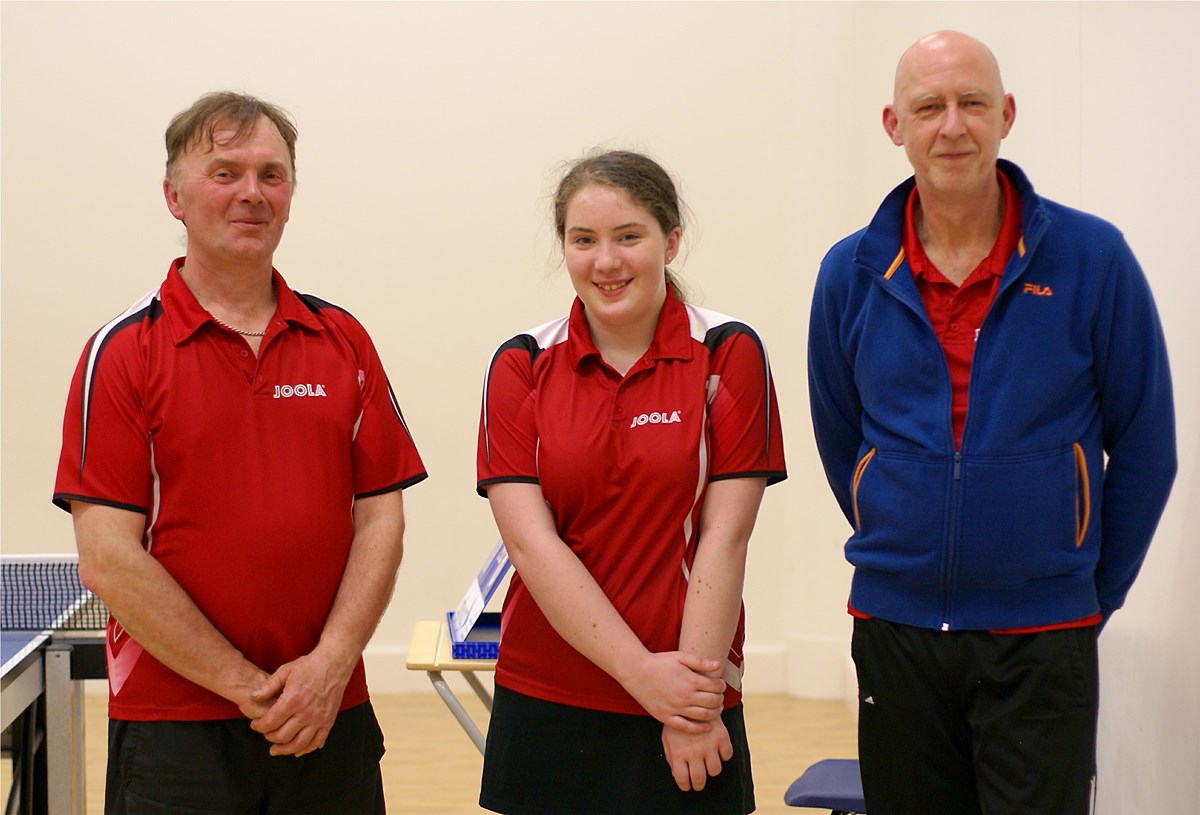 Melvin won her wooden spoon decider with Jack Nelson after Kevin Drewry and Rob Sim had both bagged a brace for sixth-placed Copy Shop B.

A Sasha Thomas hat-trick helped seventh-placed Peel B maintain the 15 points gap with their eighth-placed opponents. His team-mate Nathan Evans lost in four sets to Jackie Gill and in five to Adrian Tinkler, although that match could have gone either way. Tinkler won the final set tie-breaker 14/12. 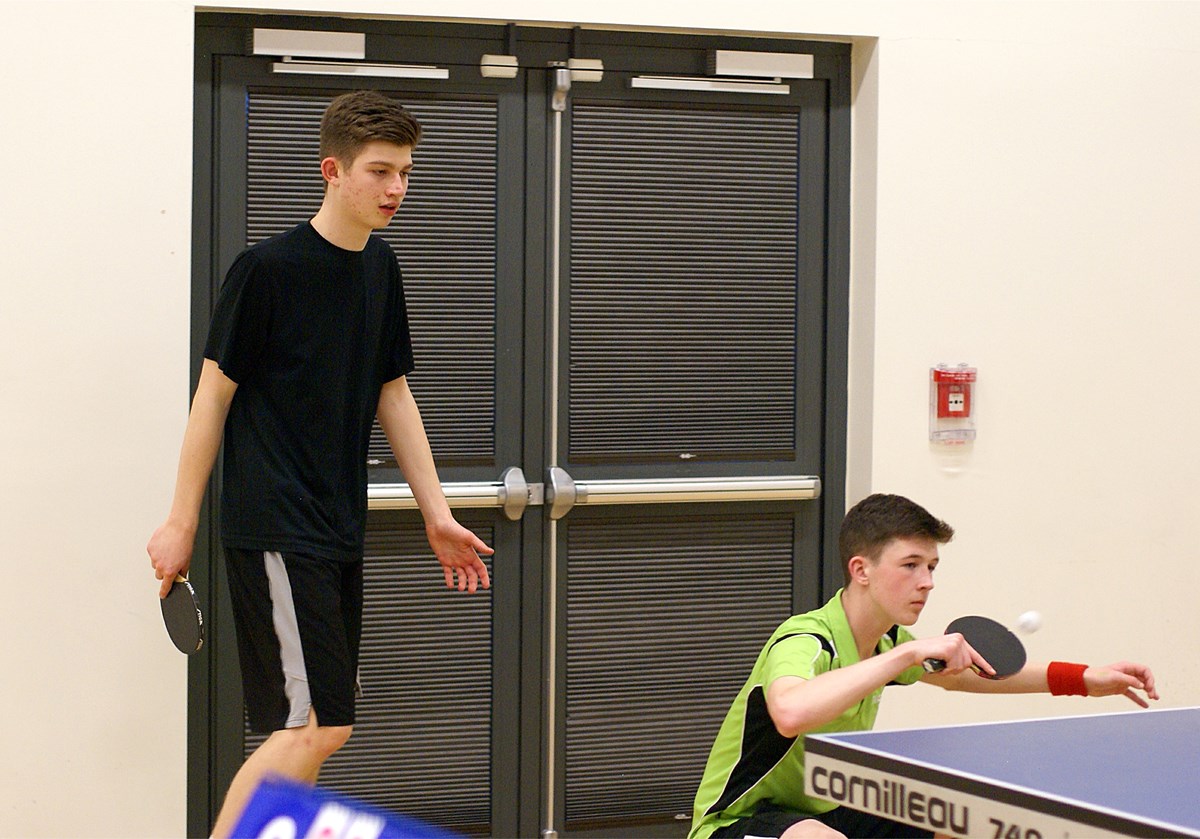 Not dispirited, Evans went on to a super win against Maurice Campbell and then helped Thomas secure the draw by winning the doubles. 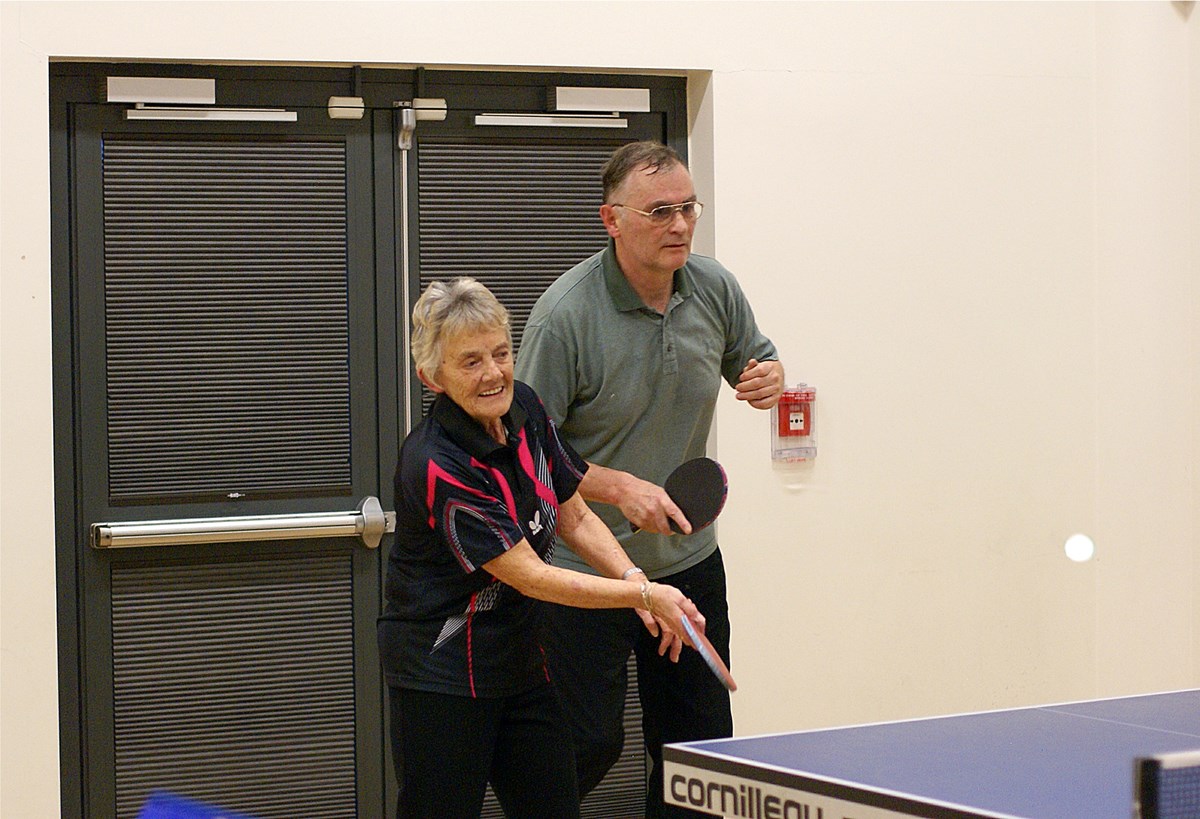 Travellers other three points were purloined from Harry Walters who lost a particularly close encounter with Gill. 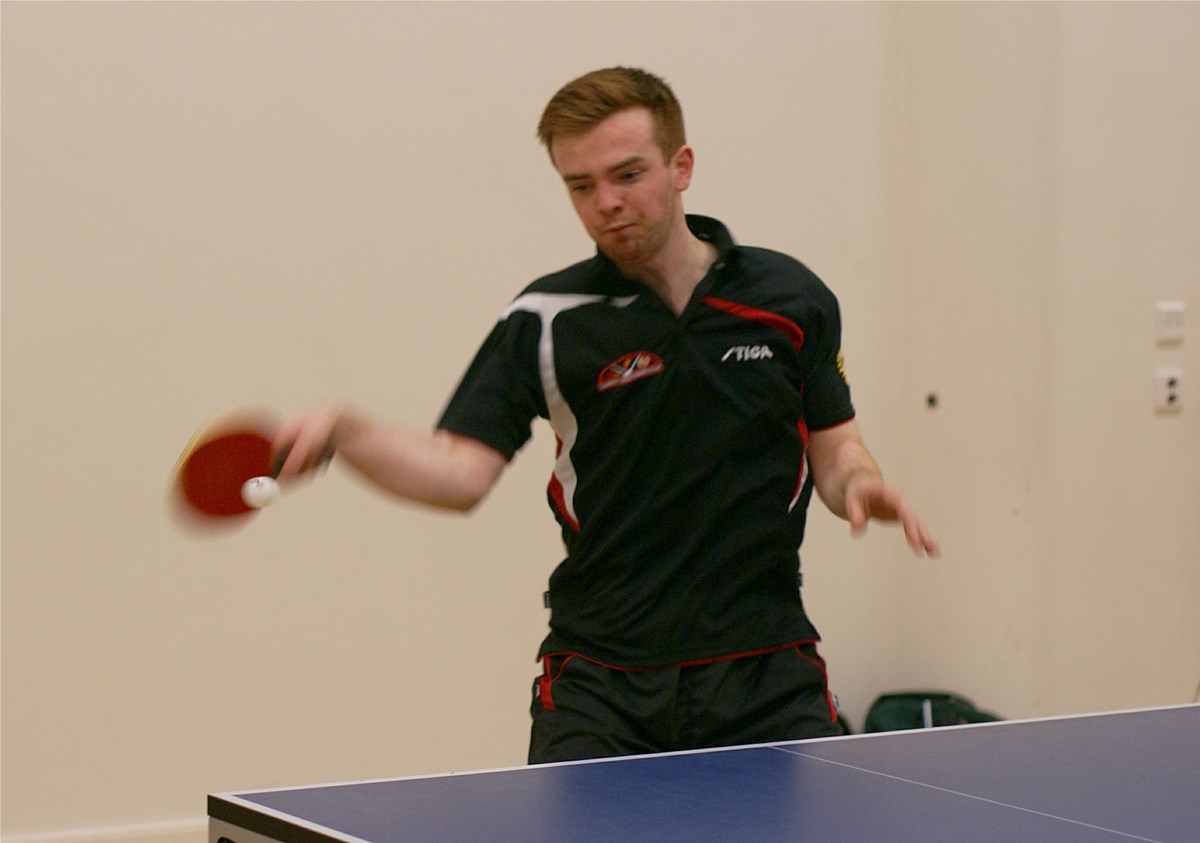 The form and fortunes of tenth-placed Surestrike Ramsey C has been on the up since Chris Holmes joined their squad. His hat-trick restricted Pedro Cardoso and Max Walker to two points apiece at the expense of 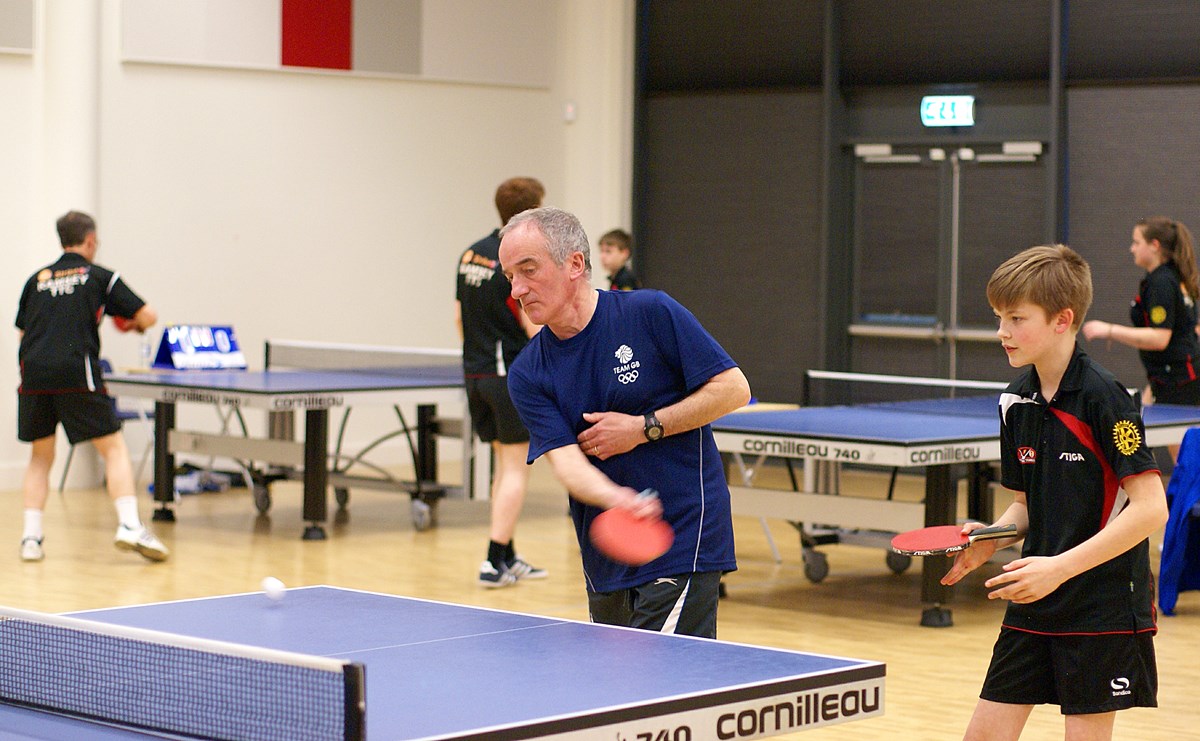 Frank Feeney and Matthew Emison who both beat Joe Walters to guarantee a draw for the Surestrikers. 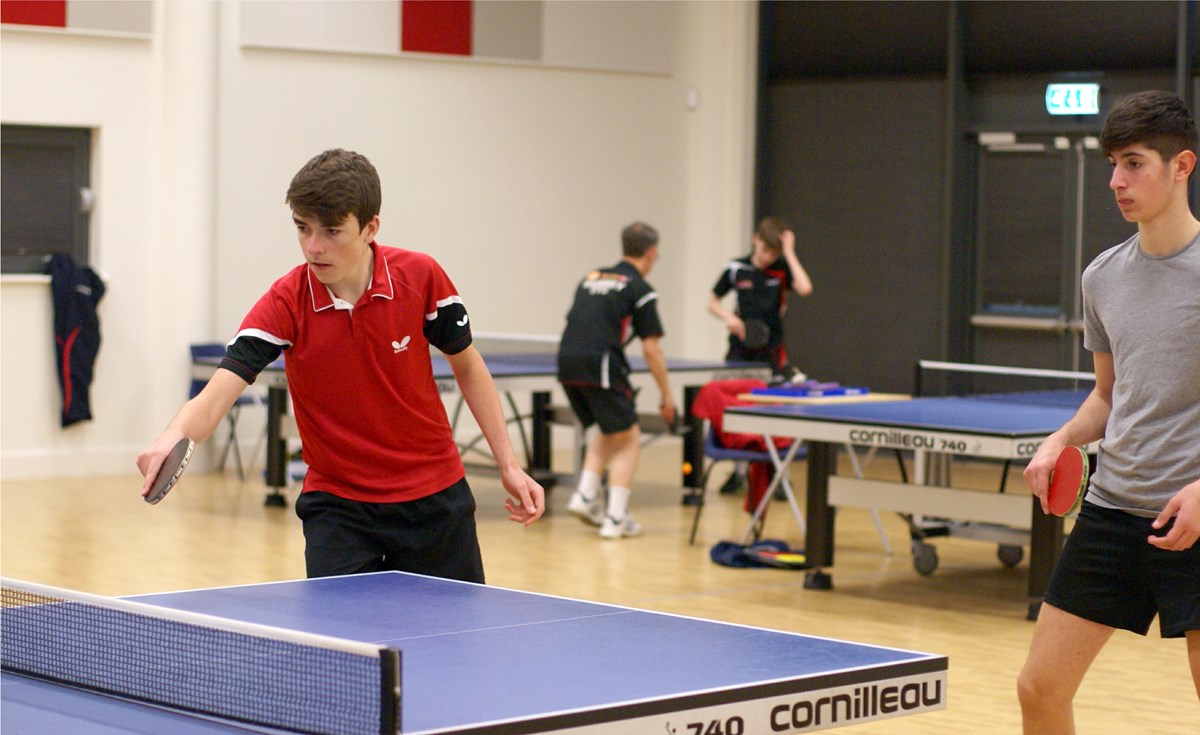 The teachers from St Ninian’s were not really playing truant, they didn’t turn up because their talents were needed in the Canada Life Football League. 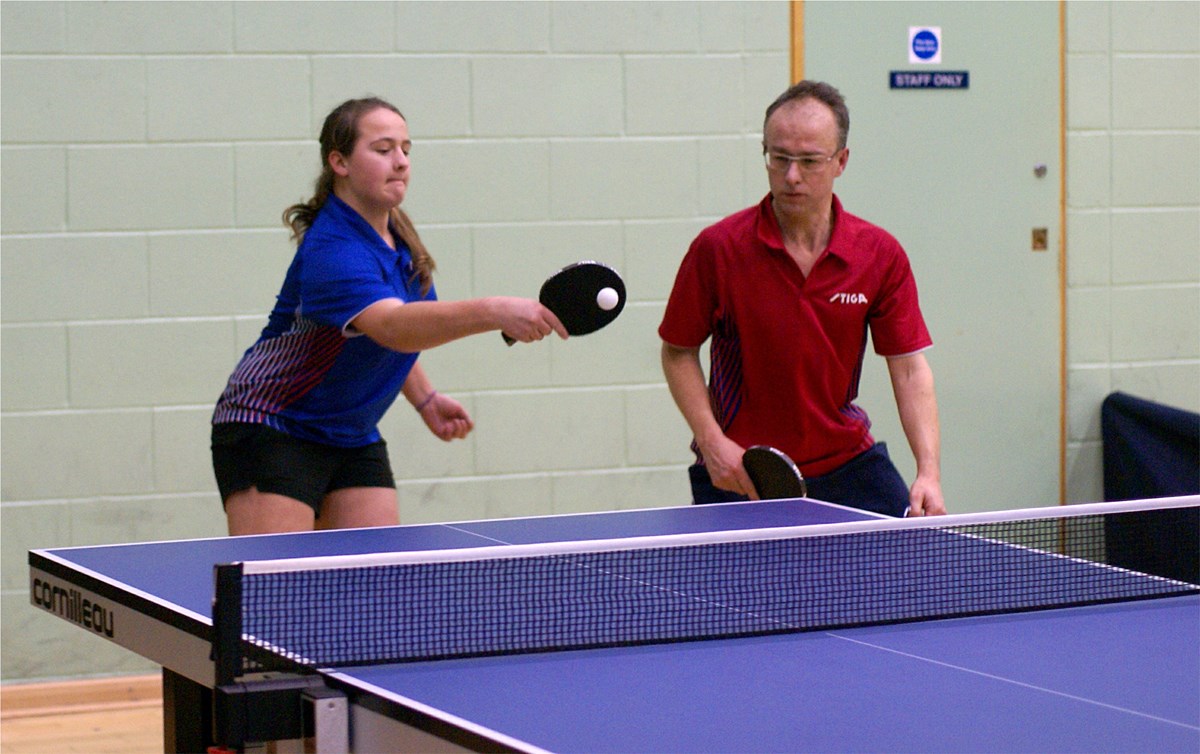 Hence, fourth-placed Surestrike Ramsey B received a walk-over,although they would have preferred to have played as Kerenza Baker and Jack Craik were hoping to improve their averages. 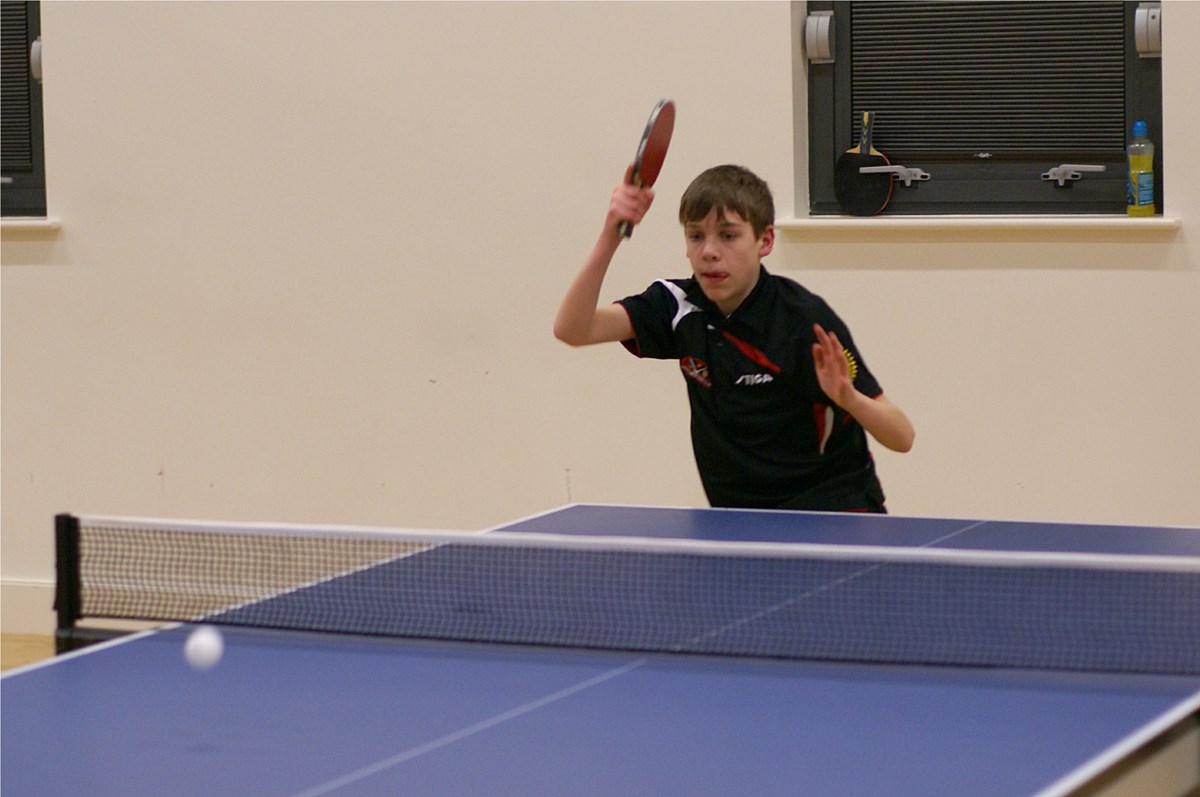 However, the divisional champion Tim Baker was always going to maintain his unblemished record against the about to be relegated bottom-placed side.