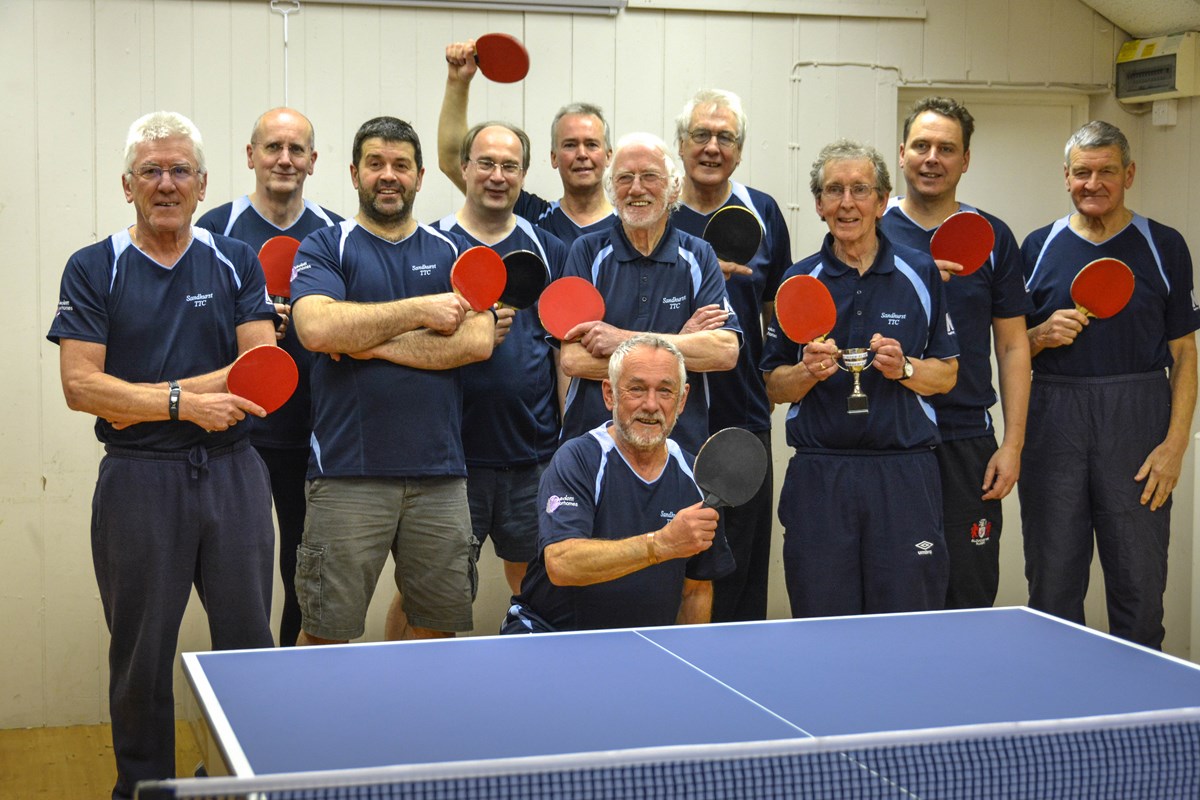 Sandhurst TTC re-formed in late 2013 and now boasts around 18 players. They joined the Gloucester league in 2014 and now have 4 teams playing regularly each week.

Norman Saunders reports "The farmer who lives next door to me used to have a knock in a hay barn on a table which Sandhurst used to play on in in the “50”s. They had some good Committee members back then with myself as Secretary and Treasurer. His uncles were on the GTTA Committee then,  (Humphris was their name  Dave and Paul). As the ball kept going into the hay or under tractors we asked if we could use the Village Hall and I did my best to coach and 3 more villagers joined us who had never played TT before. They are now the core of our 6th Division side and although low in the tables are good sports and enjoy it. Because I know so many TT players I managed to get players and also put an advert in our Parish  Magazine. RSV and Friends  folded and some joined us. We did well in the league and success attracts members and we now have 18 players. I applied to Tewkesbury Council for a grant and got over £1000.00 and bought two top of the range tables with covers. Two business men in the Club sponsored shirts and all the Club members wear them in matches. We told Tewkesbury Council we would try to promote sport for health and social reasons and have open nights occasionally which also helps Table Tennis. We have dispelled the thoughts of many people that Table Tennis was 'Ping Pong' played only in back kitchens and garden sheds and it is a skillful health giving sport. I have seen the number of players and clubs go down over the years in my 65 odd years of playing and if I can help keep the game alive I will"

Gloucester League would like to congratulate Norman & Sandhurst TTC for their hard work in promoting table tennis in our area.