The Gloucestershire Schools Individual table tennis championships were held at Waterwells on Saturday 28th January 2017. The tournament attracted a record 52 competitors from across the county.

With 2 late withdrawals, the boys U11 event was a straight final between Charlie Davidson (Parton Manor) and James Agombar (Richard Pate). The more experienced Davidson edged Agombar winning 11-8, 12-10, 11-7 to take the title.

With a record 23 entries, the boys Under 16s was also played in 6 groups. In the quarters unseeded Jamie Chinn-Brown (Chipping Campden) provided an upset by defeating the No.2 seed Matt Clayton (Sir Thomas Richs) in a tough 5 setter to join seeds Marcus Holba (Marling), Tirian Jakes (Sir William Romney's) & George Thomas (Rednock) in the semis. Chinn-Brown's fine run came to an end as Jakes won in 3, while top seed Holba took the same to beat Thomas. The final saw last year's much improved semi finalist Holba breeze past Jakes in 3 with some fine attacking play, winning 11-5, 11-6, 11-9 to take his first Gloucester Schools title.

With 4 entrants the boys U19s was played as a round robin event. With the final match being the decider, Shrey Bhardwaj (Pates Grammar) was crowned winner leaving Ed Birt (Sir Thomas Rich's) as runner-up.

All of the winners go through to the national finals at Aldersley Leisure Village, Wolverhampton on 29th April 2017.  We wish them every success.

“Thanks to Janie Kirby for being tournament referee, Les Smith (GTTA President) for presenting the trophies and to everyone who helped set up the venue and to those who helped out with umpiring.” 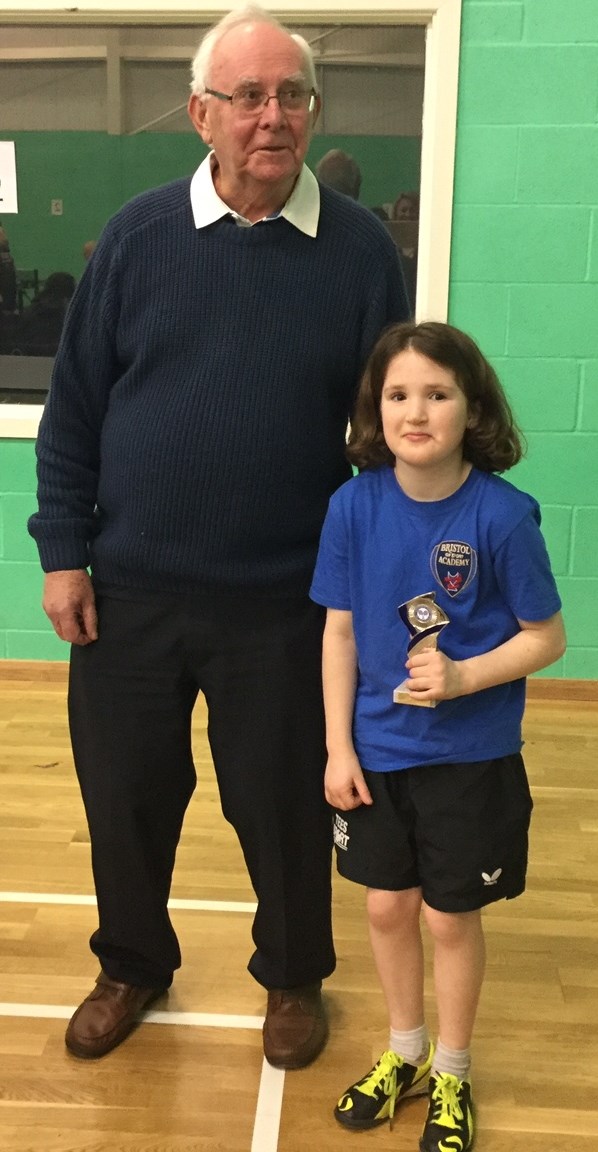 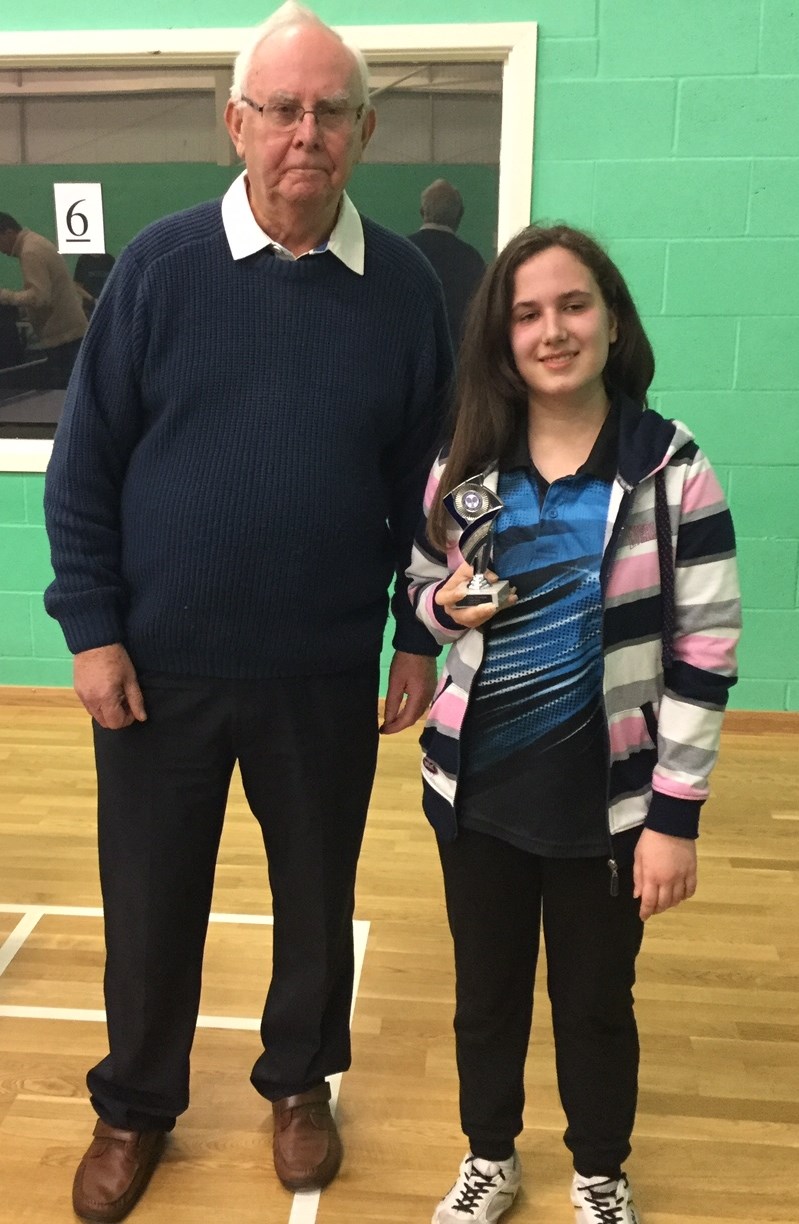 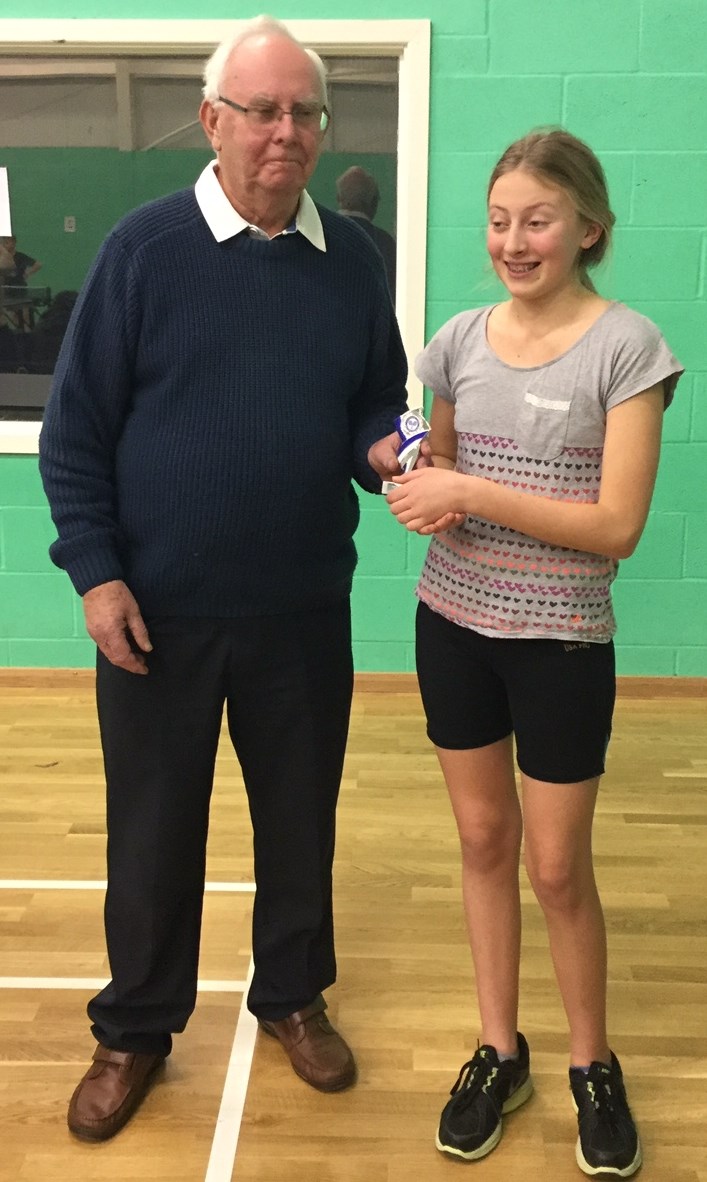 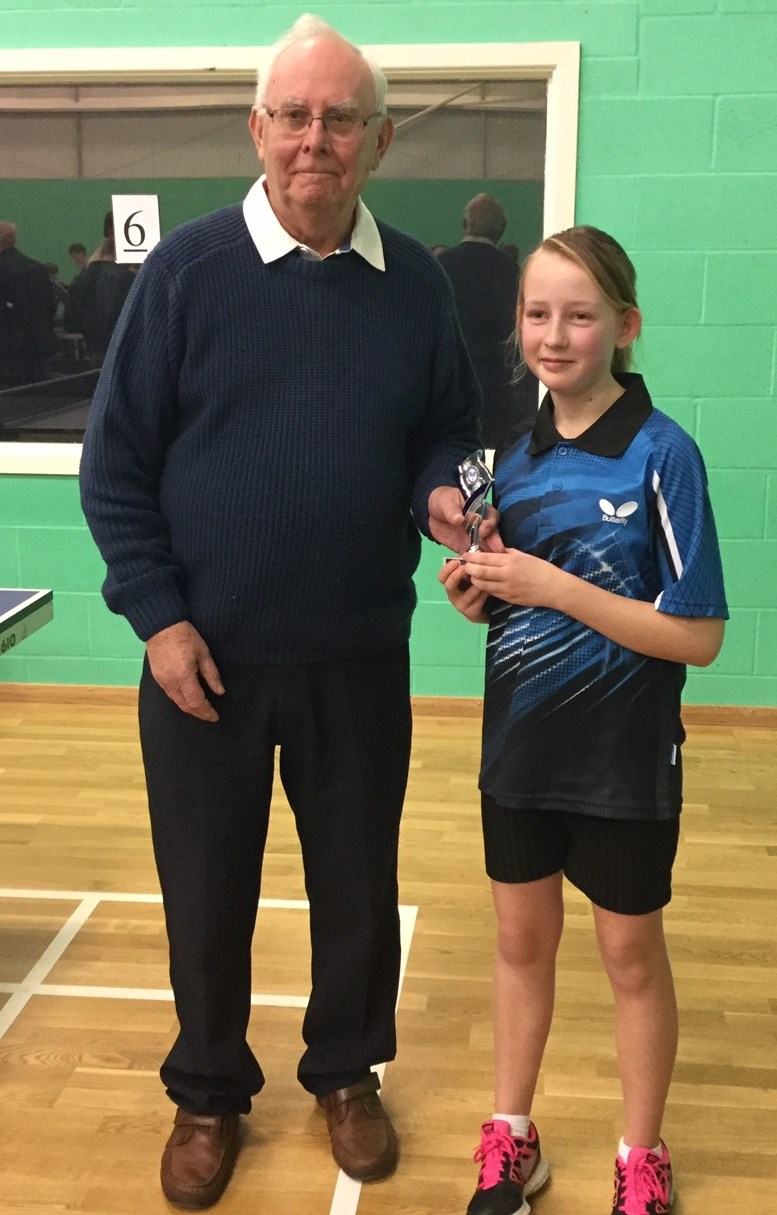 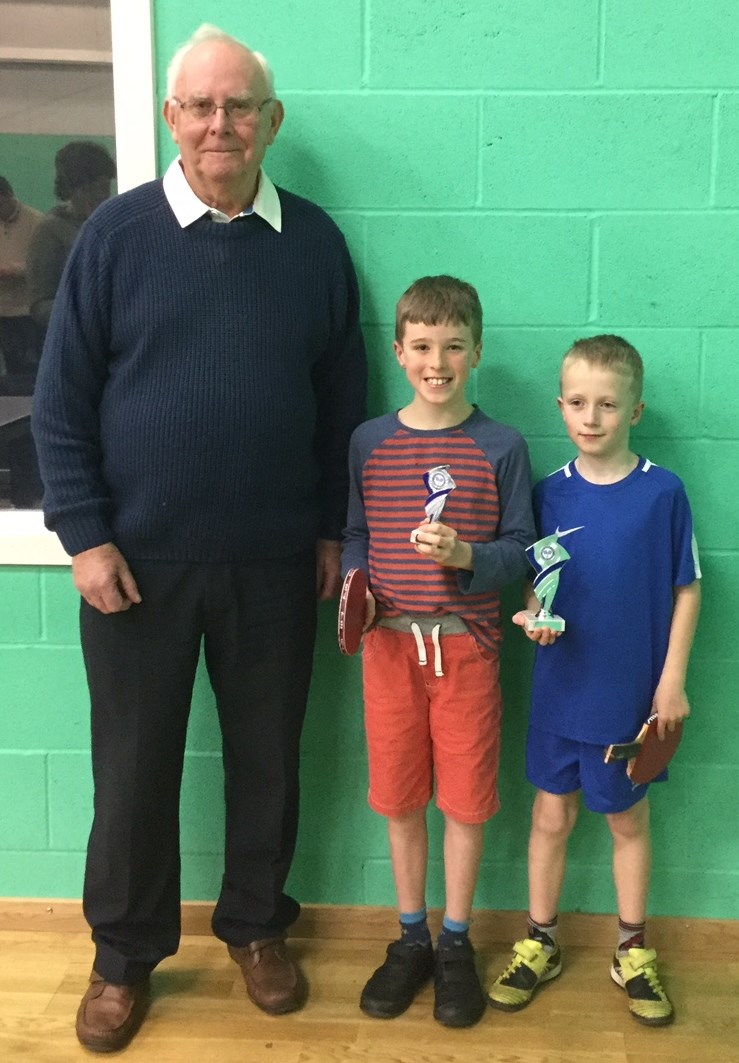 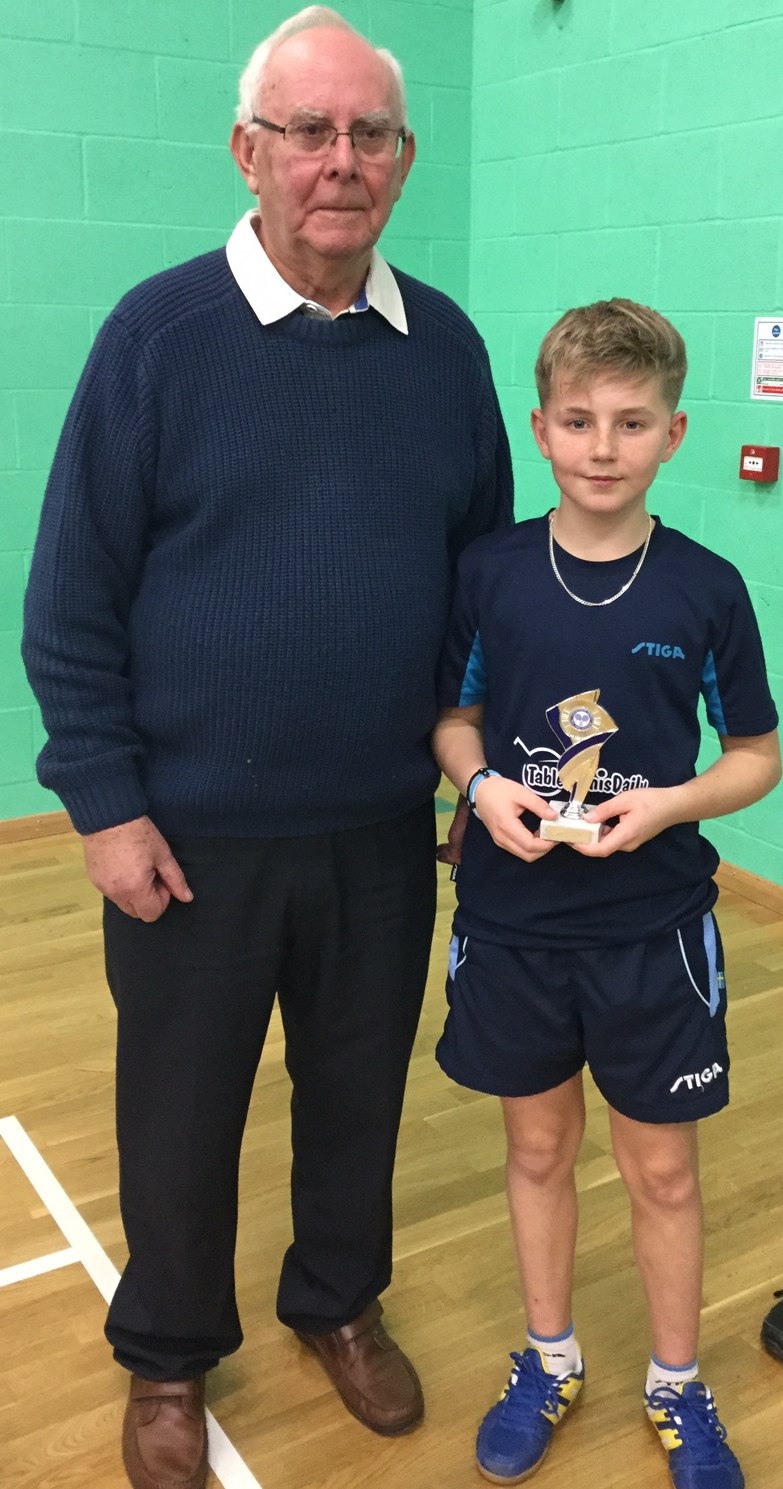 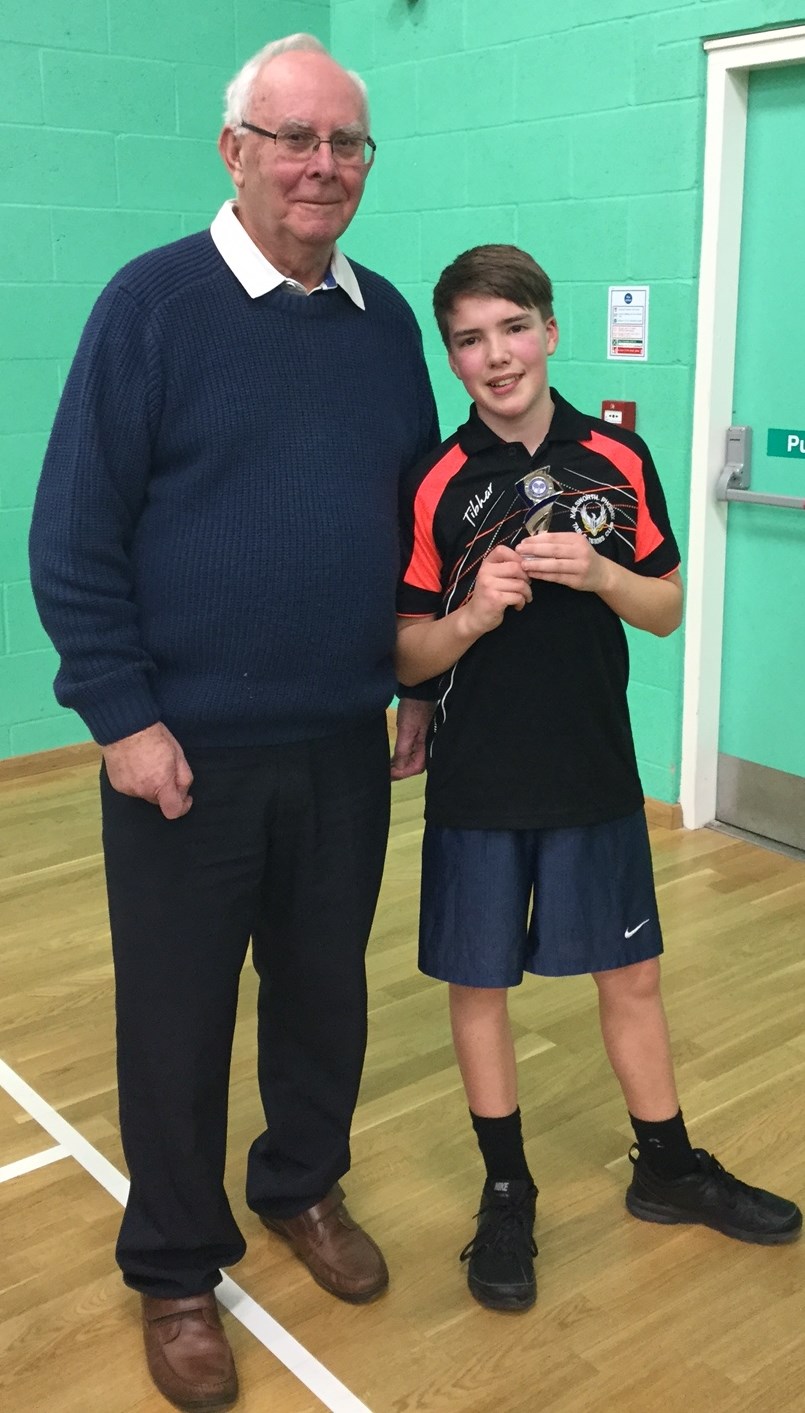 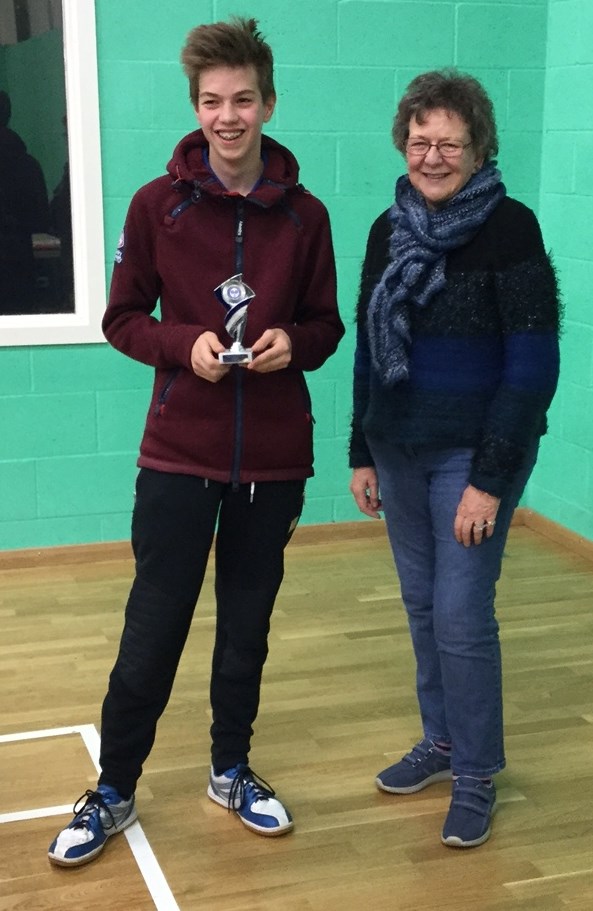 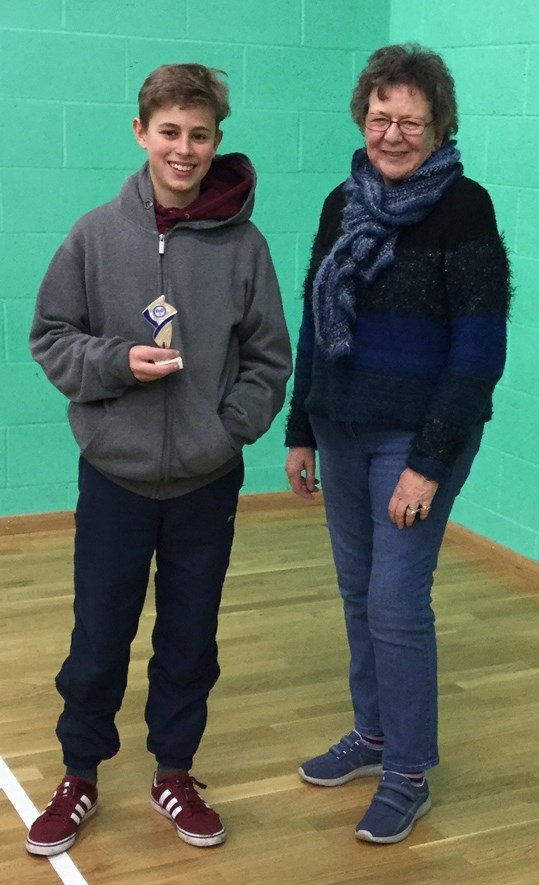 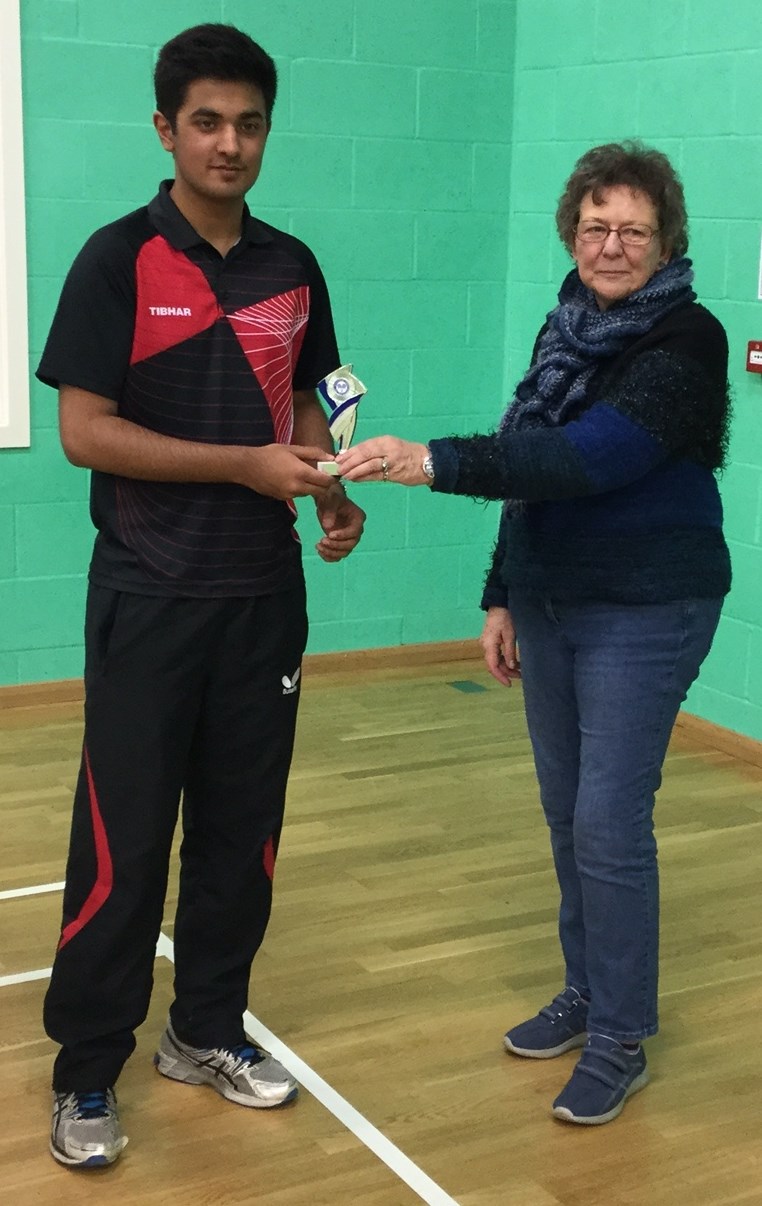 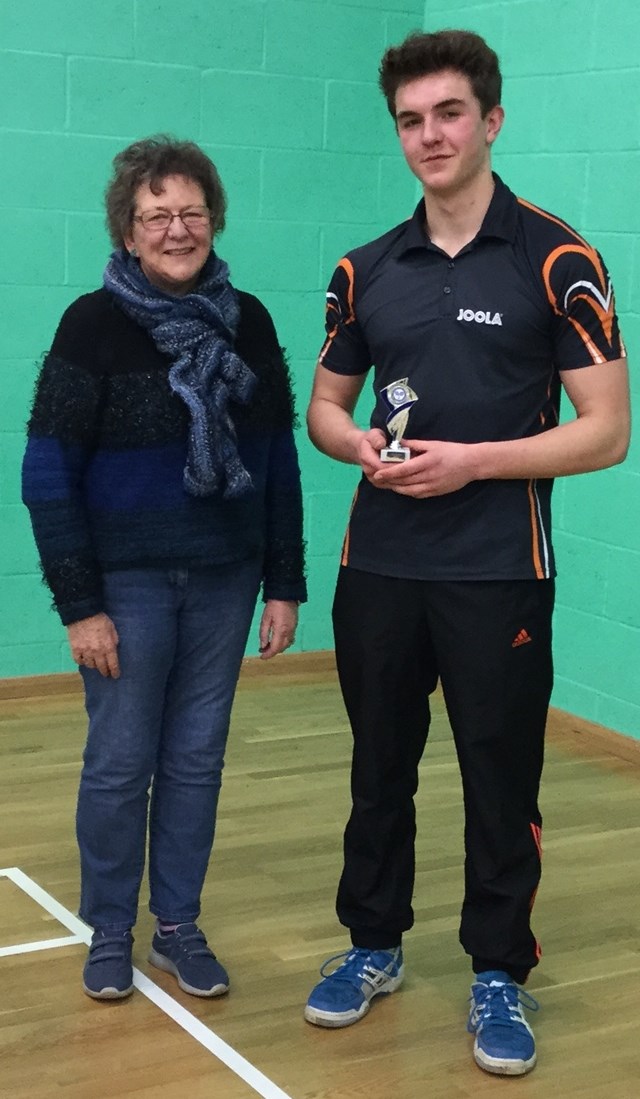