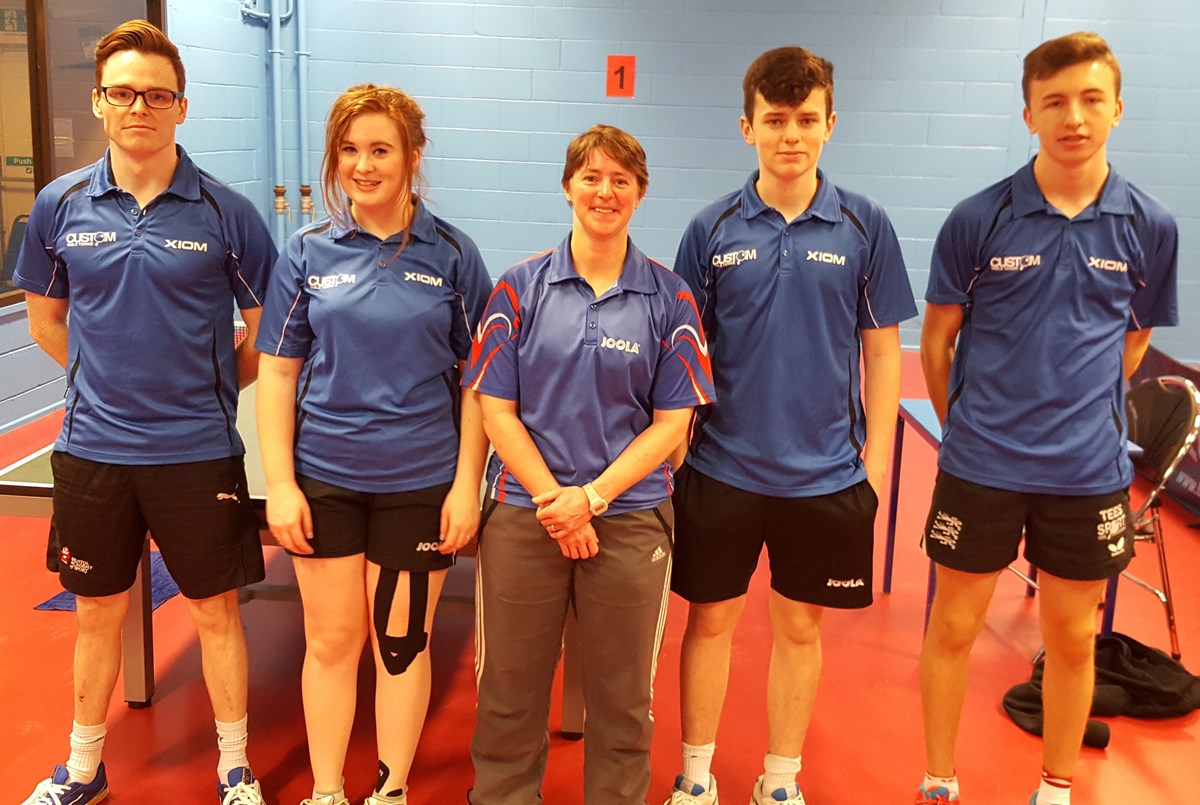 The Gloucestershire County Senior team this year included Thomas Jeffcott, Emily Philp, Ann Barnes, Ben Glover & Olly Tyndall, 3 of which had played in last year’s County Junior team. Playing in Division 2B the team travelled to Cippenham, Berkshire to play all 7 matches over the weekend. They got off to a good start on Saturday drawing 5-5 with Hertfordshire, with both Olly & Ben scoring a maximum, together with a win from Thomas. In a tough 2nd match, it was the ladies time to shine with Emily winning both her matches, backed up by Ann winning 1. Worcestershire men proved too strong for ours, so the final score was a 7-3 loss. After lunch it was Essex 2nds, unfortunately we went down 6-4, with a maximum from Olly & 1 a piece from Ann & Emily. The afternoon finished in fine style, with a convincing 9-1 win over Cornwall 2nds. With maximums from Olly, Thomas, Ann & Emily, Ben was unlucky to lose the final match in 5.

Back early in the morning on the Sunday, they played Buckinghamshire in the first match of the day. Even with Ann winning both her games we lost 6-4, with Olly & Emily contributing 1 apiece. Wiltshire, were up next and unfortunately for them they were a player down from the start, putting us 2-0 up before we began. With 2 wins from Olly & 1 apiece from Ann, Emily & Thomas we won our 2nd match of the weekend 7-3. Finally, we had to play Sussex 3rds who at that stage were top of the table, needing just a draw to win the division. Apart from a maximum from Olly and 1 win in the final match by Thomas, they proved too strong beating us 7-3.

Overall the relatively inexperienced Gloucestershire team were pleased with their performance, already looking forward to next year’s event where they aim to improve their 6th position.