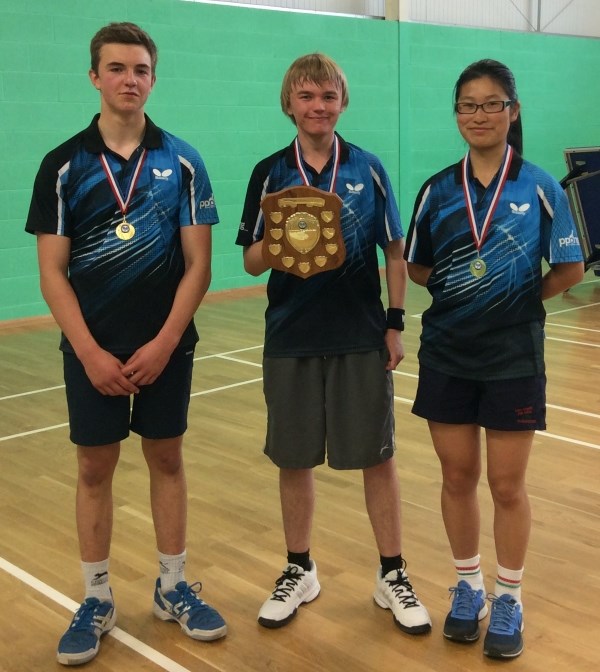 Gloucester, Cirencester, Stroud & Cheltenham junior's battled it out in the final round of this year's County Junior League at Waterwells today (May 9th)

At the start of the day Gloucester were only one point ahead of Stroud. Play went as expected until Gloucester dropped a game to Cheltenham – points were then equal.

The climax was saved to last as Gloucester played Stroud. The tie was level at 2-2 with the last 3 matches all played at the same time.

Some nail-biting games of quality table tennis then ensued.

First game finished with Ben Glover beating Owen Berry. Gloucester then had to win the 2 other games.

Great table tennis – with a lot of close games.

It was also nice to see 4 girls playing Margaret, Emily, Anna Maria and Mary on the day.