The fourth and final round of North London Region National Cadet League matches was held at Ellenborough TTC, Enfield on Sunday 15 March 2020. There were three rounds of matches to be played. After the last round of matches on 26 January, (the report on those matches and the previous round of matches played on the 15 December were on the same Report), the Chelmsford team led Woodford Wells 1 by just three points after both teams recorded the same numbers of points after rounds one and two.

The Chelmsford Team comprised of the Danbury players Ben Porter and Ewan Hynd, but with Sam Mortimer-Ford suffering from asthma Joshua Bickles played in Sam’s place. 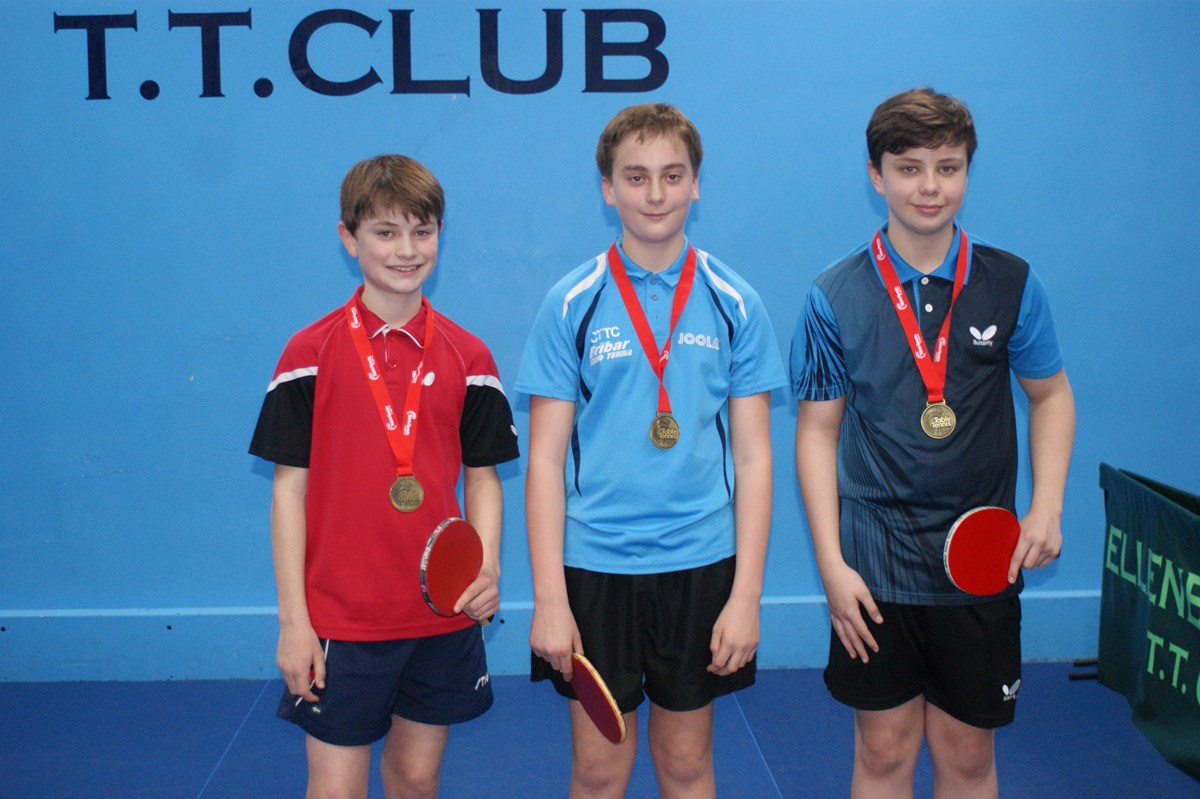 Their first match was against Woodford Wells 1 who they had lost to 5-4 on Day 2.  William Whitehall and nine year old Adam Alibhai were again their opponents with their number one player Alfie Osborne replacing reserve Mabel Shute. Ben lost his opening match to Alfie 4, 10, 8 while on the other table Ewan won a tight three game match 8, 9, 10 against William. Joshua lost his first game against Adam but came back to win the next three 6, 7, 7. Ewan then had a titanic battle with Alfie, at one time leading 2-1, but eventually losing 9, -16, 8, 7, 8. A little later on Ewan came back from 2-0 down against Adam but lost the decider 11-6. Before that  Ben had beaten Adam 7, 11, -10, 7 and with Joshua’s 10, 7, 8 win over William Chelmsford led 4-2. Alas with Ben losing to William 3-0 and Joshua losing a really tight match to Alfie 10, -3, 10, -9, 9, a 5-4 defeat. Thus Woodford only narrowed the gap to two points.  For the final two matches Chelmsford had to play BATTS 1 and Luton while Woodford Wells 1 had to play Luton and BATTS1.

In the opening two matches against the BATTS Team Ben went 2-1 down to Jeremy Davies (9, -7, 2), and large changes in matches can happen and this was the case as Ben romped through the last two games  2 and 3 while on the other table Ewan lost the first game to 9 against Wilson Tram and won the next three games 6, 8, 5. For Joshua it was three comfortable 3-0 wins, starting against Richard Dodson 8, 7, 8. In his match against Wilson, Ben was 10-6 down in the fourth game and gradually clawed the points back to win that game and that match14-12. With Ewan winning the last match 3-1 a 9-0 result. Woodford Wells also won their match 9-0 so I had mentioned to the team that they needed the same score line against Luton (actually 8-1 would have been enough) to win the title.

The Luton team (Blayk Marquis, Nathan Chucks-Spencer and Mohammed Sabir-Lewis) did not know what hit them. Nine 3-0 wins, and the Luton players only managed to win 7 points in two games, 8 points in one and 10 points in one game of the 30 games played and the title was Chelmsford’s.