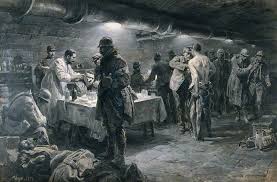 “In a twist of fate, I need to carry on playing,” team member, Roger Bertrand told me recently. There had been concerns back in October 2015 that he might have to quit the beautiful game due to scoliosis (curvature of the spine) and spondylitis (inflammation of the backbone joints).

It is a strange thing with Roger. You look at him from the outside – without knowing this - and wonder why he is not plying his trade in Division One. Is he not in sufficient shape to cope with the rigours of such high-altitude table tennis? Is the appetite there?

More than once the pejorative “pregnant” has been muttered in opposition circles upon him changing gear pre-match – rolling an outer T-shirt from off his belly and the T-shirt underneath riding up a little to reveal his middle-aged girth.

We all have it – the tub, the amateur sphericalness given that money has to be earned away from the game. With Roger, this works in his favour though. ‘You think I am past it? You think I look out of shape? Sacré bleu!’

Once settled – Costa coffee next to the scoreboard and bananas under the table – the Frenchman comes alive. The Gaelic flair is erratic yet potent. Shots from his pimpled bat often leave the opposition frustrated and forlorn.

Bertrand is a necessary and welcome fixture in the Bolton League – an amalgamation of us all: passionate, defiant, graceful, unpredictable and a wee bit crazy. You can’t help but imagine a twin of his roaming around France – perhaps in a Citroën C5, perhaps with croissant crumbs down his sweater.

“Courtesy and sportsmanship [are what I expect from an opponent],” the 56-year-old coach says. He dreamed, as a boy, of becoming a cosmonaut, but now takes satisfaction from simple things: “Friendship, honesty, life itself, harmony.”

Roger’s back has been a personal Battle of Verdun – ten months of hell and more. He does get riled – as is a Frenchman’s privilege – but these occasions are rare.

Ironically, the last time I witnessed such ire was on Armistice Day in 2013 versus Meadow Ben’s Rodney Hall. Leading 1-0 after a comfortable first set (11-3), Roger proceeded to lose the next three prompting an instinctive whack of his bat against the home side’s table. Hall was not impressed and duly reacted.

“You can’t regret decisions…even if sometimes we get it wrong,” the man from Montpellier concludes. And I agree with him.

If emailing your Match Card please send to:       tabletennis@virginmedia.com within 7 days of the match. Alternatively post it.

Please make the most of the features. Use the filtering options on the right to narrow the information down to exactly what you need e.g. you may just want to see the fixtures of your club or just one team. Filter the averages to how you want them. You may want % average instead of wins. Change it to how you want it.

Have you tried clicking on your name in the current or archive league to get a full list of everyone you have played together with full scores?