The Scottish Inter-league (Team) Table Tennis Championships took place over the weekend of 23/24 March in Perth.

This event consists of ten (U13, U15, U18, Senior & Veteran) male and female categories , with teams of 3 male players and 2 female players selected by and representing their regional area. As would be expected West of Scotland and Edinburgh & Lothians tend to be the strongest teams, but Aberdeen have been a main challenger over the past few years with a large amount of success particularly in the age events, with the Aberdeen Sports Village Table Tennis Academy players representing the entire Aberdeen age category teams. 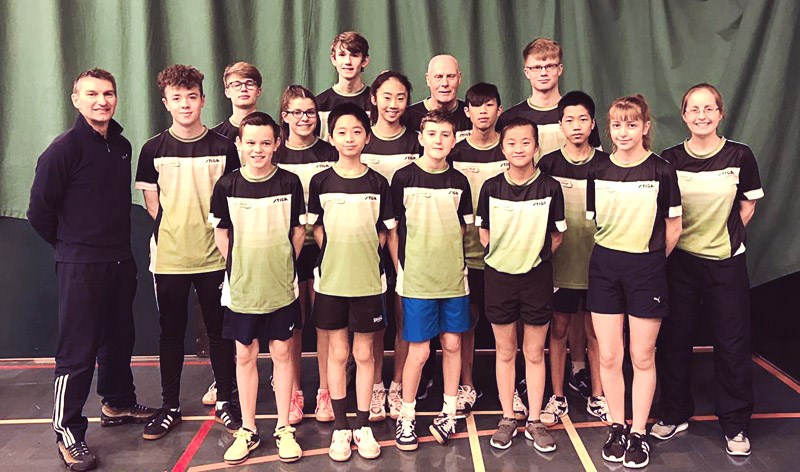 Hania Petryk (Bridge of Don Academy) and Willow Shek (Oldmachar Academy) represented Aberdeen in the U13 girls event. The girls got the Aberdeen team off to a great start, dominating the event and only dropping one game across the entire event. Hania & Willow dispatched closest challengers Dumfries in the final match 4-1 and took the Girls U13 title. 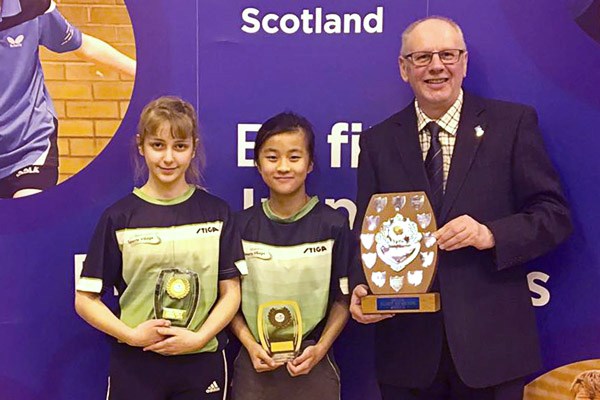 The U13 boys team of Harry Blackhall (Kemnay Academy), Daniel Tibbetts (Arduthie Primary) and Jonathan Pan (Robert Gordons) hoped to emulate the girls, and made it through unbeaten to the final match against West of Scotland. The boys dropped the first match, before taking the next two, then dropping the fourth. This meant Daniel had to win his final match of the day to secure the title. As he has previously shown Daniel has an excellent habit of rising to the occasion, and he did so again taking the final game 3-1 and securing the Boys U13 title. Particular mention must go to Jonathan who remained unbeaten throughout the day, playing in the important 3 placed berth for the team, which can often decide the outcome of a match and carriers most pressure, a fantastic display from Jonathan. This win made the first piece of history for Aberdeen, making this 7-years in a row Aberdeen have taken the U13 boys title! All those have been entirely made up of ASV Academy players, and a real testament to the continued development of young performance players at Aberdeen Sports Village. 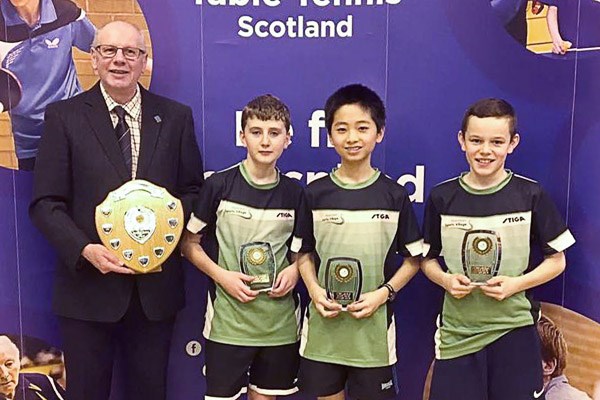 In the U15 event the Aberdeen team of Josef Bokedal (Aberdeen Grammar), Louis Loi (Turriff Academy) and YeYe Mo (St Machar Academy) had the most difficult task on paper, with the West of Scotland team having the Scottish ranked No.2 & No.3 players. As expected the final match was between Aberdeen and WoS. Louis currently ranked No.4 in Scotland, faced No.3 ranked player Rayyan Kalihd in the first match. This was a tight affair that went to WoS in the end. Then Josef, who happens to be the Scottish No.1 ranked player, was up next for Aberdeen and levelled the match at 1-1. YeYe then gave a dominant display to take a 2-1 lead before Josef returned and finished the match, securing the U15 Boys title. Kudos to YeYe this time for the U15 boys, not dropping a single match in the 3rd berth for the team. 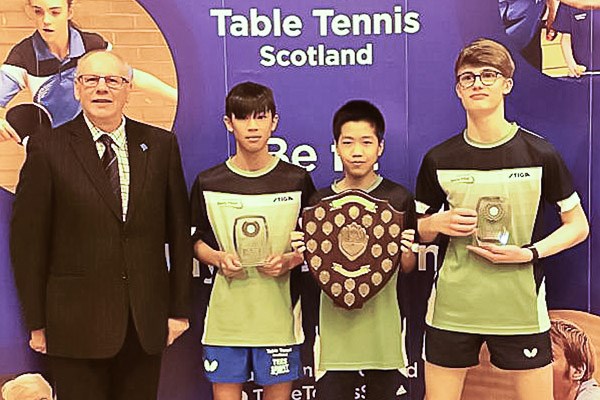 The clean sweep by Aberdeen so far really put the pressure on the U18 boys. Andrew McRae (Westhill Academy), Rafal Wilowski (Banchory Academy) and Elias Bokedal (Aberdeen Grammar) didn't disappoint though, and again set up a final match against the WoS. The match got off to the worst possible start for Aberdeen, dropping the first 2 games and now having to win 3 in a row to take the title. Elias started the comeback with 3-1 game win, then Andrew was up again and took a tight 3-2 game win. This set up the match at 2-2 overall with Rafal left to play. In his usual nerveless display, Rafal took the final game 3-1 to clinch the overall match and take the U18 Boys title. 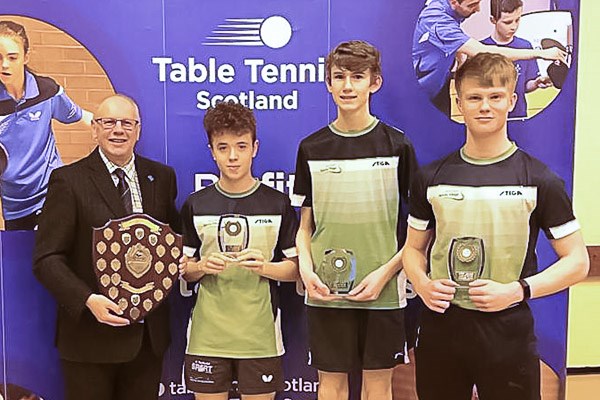 Tessa Yau (Albyn School) and Isla Stott (RGU) were playing in the Senior Ladies category this year. Isla is now 18 years old and no longer qualifies for the junior events. The girls won the U18 title last year, so it would be interesting to see how they faired in the Senior Ladies event.

Both Isla & Tessa played very well across the event with only Aberdeen and Edinburgh unbeaten by the deciding match.

Edinburgh were the clear favourites and eventually proved too much for Tessa & Isla who had to settle for the Silver Medal in the end. However this was an excellent performance by the Aberdeen girls, and all individual games against Edinburgh were decided in the final end, many with deuce points, so both Isla &Tessa proved they are right there near the top of the senior ladies game. 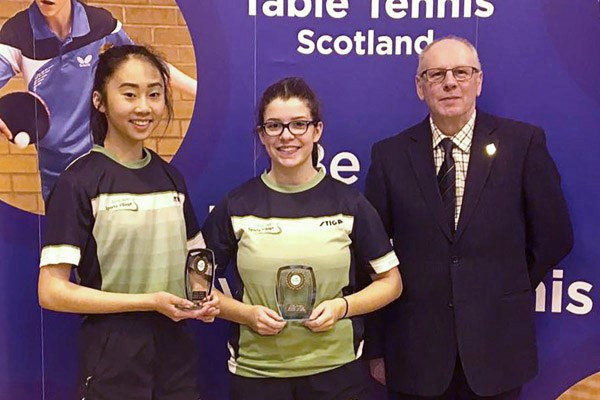 This meant the ASV TT Academy players, representing Aberdeen, took 4 Scottish Team Titles and a Silver Medal from the 5 events they contested.

The day wasn't finished there though. The Aberdeen Men's Veterans team took a 4th place finish, and this added to the cumulative points total Aberdeen had already amassed through the Senior Ladies and all the age category events. This result of this let to Aberdeen securing the overall title of Scottish Inter-League (Team) Champions, the first time in the event's history this has happened, meaning Aberdeen is officially the No.1 area in Scotland for Table Tennis! Another incredible result for our players who continue to get better and better.