The Edinburgh Open took place in Bathgate on Sunday 6 January, with a large contingent of 14 ASV Table Tennis Academy players taking part across the age groups.

Aberdeen got off to a great start in the U11 event, with Nathan Pan (Kingswells Primary) dominating the event, comfortably defeating every opponent across the day!

The boys U13 event had an unusual set up, with groups making up the entire event, including a 'final' group of 3 players to decide the top 3. This played out exactly as the ASV TT Academy would have liked, with the 'final' group of 3 being made up of Daniel Tibbets (Arduthie Primary), Harry Blackhall (Kemnay Academy), and Jonathan Pan (Robert Gordons). The boys play each other regularly at training and are well matched, and after 3 close matches all with a score of 3-2 in the best of 5 games, it was Harry who took the U13 Boys Title. Daniel took the Silver and Jonathan the Bronze on this occasion. 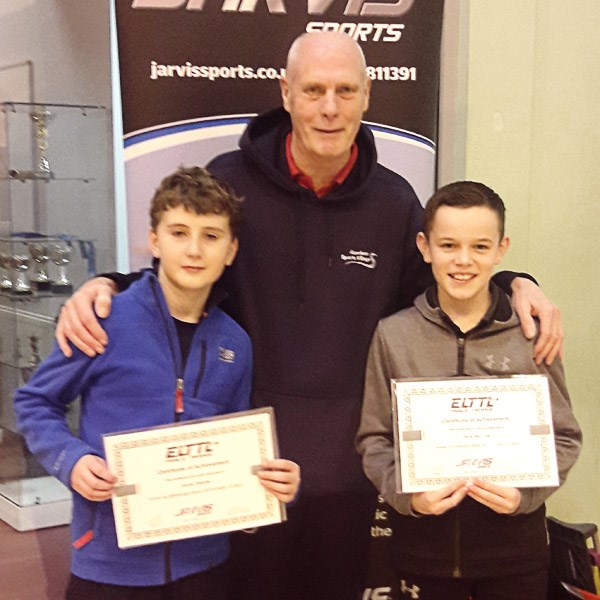 Hania Petryk (Bridge of Don Academy) was once again in excellent form, ending the day as the top U13 girl as well as bagging a £30 cash prize for winning her banded event!

However, Hania wasn't finished there, coming through her U15 girls group with an excellent win over U15 No.1 player Holly McNamara from Ayrshire.

After despatching her opponents in the knockout stage, Hania found herself in the U15 girls final. Once again Hania came up against Holly McNamara, who had also made it through from the group and knockout stages. Hania got off to a great start, but ultimately couldn't repeat here early victory over Holly, going down 2-3 but adding an excellent U15 Silver Medal, to her U13 title from earlier for an excellent day's work. 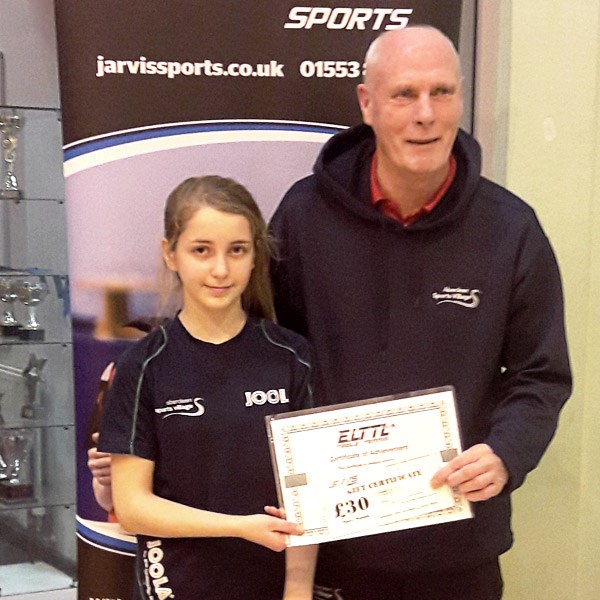 In the U15 boys event, ASV TT Academy top player Josef Bokedal (Aberdeen Grammar) had to pull out of the event at the start of the day with illness. With a strong field in place it was always going to be a tall order for Louis Loi (Turriff Academy) to take up the slack left by Josef and make it through the event. After placing second in his group and taking a couple of good KO stage wins, Louis was in the semi-final against old adversary Jamie Johnston from Ayrshire, who had earlier defeated Louis in the group stages. After an excellent match full of tactics and attacking play, Louis was very unfortunate to go down 12-14 in the deciding game of the best of 5 match.

It was another very good event for the ASV TT Academy players, taking 3 titles and 2 silvers overall.

The next event is the Scottish Senior School Qualifiers on 10 February, with players being selected for the Scottish Schools team if a top 4 finish is achieved. As always we have high hopes that several ASV Academy players will make that Scottish team.